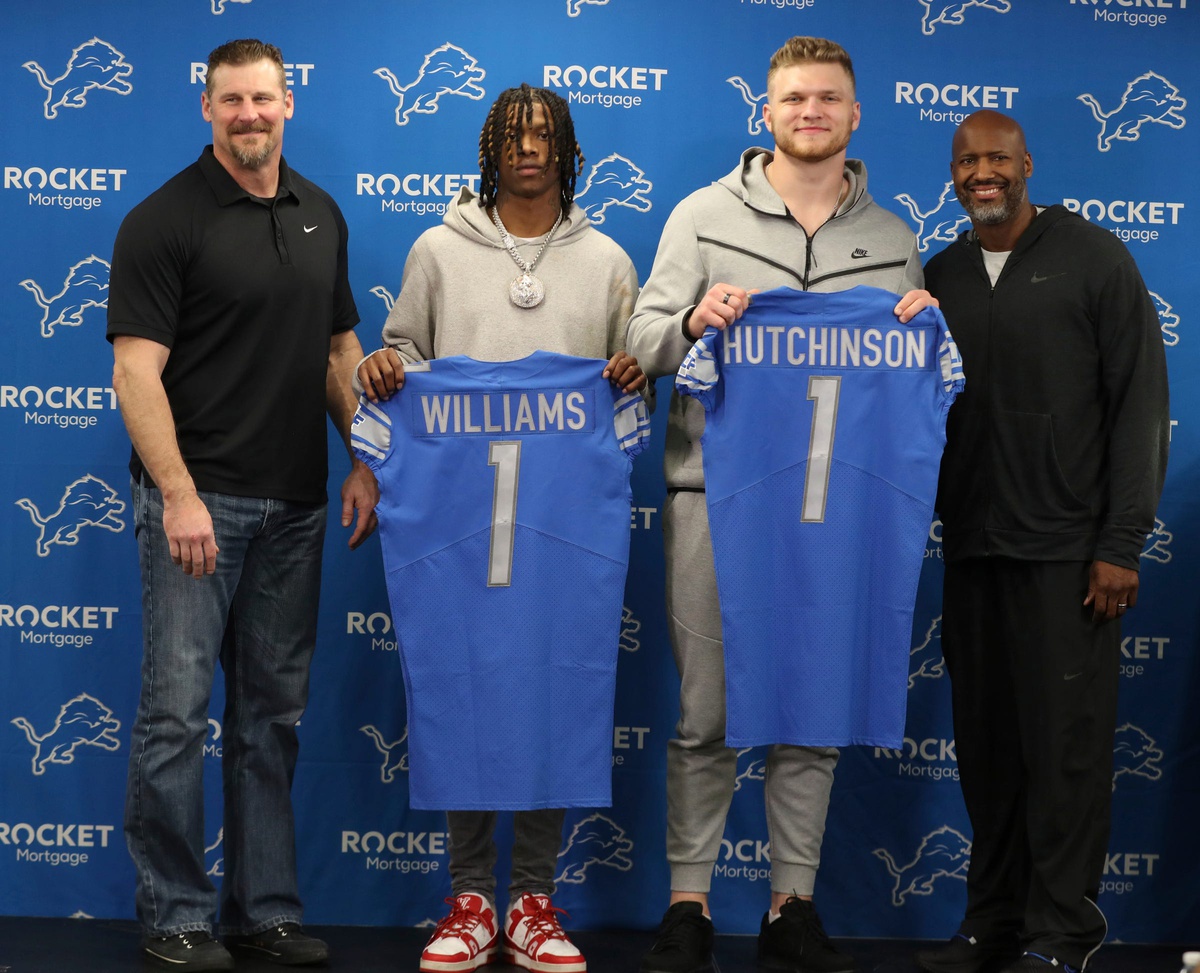 Lions Are Slowly Rebuilding Right Way: Blueprint of a Rebuild

Football is a results-oriented game, but for a handful of teams in the thick of a rebuild, keeping eyes up toward the horizon remains paramount. Usually with fresh faces aplenty in both the front office and in between the hashes, revamping a roster is often looked upon as a multi-year project. The onus on head coaches to not just keep the ship afloat, but bolster it back up without an extended grace period is one of the toughest jobs in sports. In this mini-series, we’ll dive deep into the architecture of a few teams currently in the midst of working their way back to relevancy and the potential timeline to success for each franchise. This edition is about the Detroit Lions.

A franchise vacant of a playoff win in 31 seasons, it’s been a strenuous, elongated trek of ups and downs for Detroit. The basement occupants of the NFC North for quite some time, Lions faithful have had little to rally around outside of Barry Sanders, Calvin Johnson, and Matthew Stafford since the Clinton administration was in office in the early 1990s. While that trio of playmakers provided flashes in the pan of seasonal success and trips to the postseason, the Lions remain without a Super Bowl victory, have won 11 games combined the last three seasons, and accordingly, have nowhere to go but up under second-year head coach Dan Campbell.

A leader by example whose resounding voice was evident all season long in his debut tenure last fall, Campbell can coach with the best the league has to offer. One of the best “worst” teams in quite some time, the Lions remained competitive in all but a handful of games last year. Projecting their success this fall with an improved roster on both sides of the ball—with Campbell leading the charge—presents a team that should not surprise anyone if they were to win seven games this season. While it’s been easy to cast Detroit as the doormat of the NFL for an extended period of time, Campbell gets his guys ready to ball each and every week, and with new, sparkling additions on both sides of the line of scrimmage, the Lions are a team I remain highly intrigued by in 2022.

The second overall pick ​​and a homegrown talent out of Divine Child High School in Dearborn, Mich. by way of the University of Michigan, Aidan Hutchinson’s selection fills a massive need in between the hashes, the locker room, and within a community trying desperately to cling to fandom. He’s Michigan through and through.

Interlocking his play style with Campbell’s brand of football, I expect the 2021 Heisman semifinalist to become one of the more successful sack artists the Lions have had in their franchise’s 93-year history. You can’t have enough “culture guys” and when it comes to Hutchinson, a down to earth, pin your ears back style of defender who should evolve into one of the true pocket pushers the league has to offer, I can’t say enough about the fit of his game within Detroit’s defense. Oh, and that defense also includes youth-infused talent in Levi Onwuzurike, Alim McNeil, and 2020 No. 3 overall pick Jeff Okudah, who is still just 23 years old despite an uphill first two seasons in Detroit.

A fluid, aggressive athlete, Okudah was once viewed as a cornerstone prospect in the secondary. However, as we enter the 2022 season, his expectations have gone from a game-changing shutdown corner to bleak at best with the inability to stay on the football field.

With just 10 games played in two seasons, Okudah—similar to the Lions as a whole—has nowhere to go but up. A highly touted prospect out of Ohio State, the 6-foot-1 corner was initially graded as one of the best prospects in his draft class; a potentially dominant boundary corner with all the intangibles to progress into one of the NFL’s elite. Two pro campaigns have come and gone, and Okudah has offered nothing to warrant his high selection—mainly because of injuries—but hope remains. His development has remained a storyline at Lions’ workouts this spring, setting up what may be a make-or-break season for him with Amani Oruwariye, Ifeatu Melifonwu, Mike Hughes, and A.J. Parker all challenging for substantial snaps in the secondary this fall. While they’re fine players, Okudah offers the most upside and it isn’t close. It’s that upside, in fact, that can turn the Lions’ defensive backfield from an average group into a good one.

And speaking of upside, the talent on the perimeter for Jared Goff to use at his disposal could keep defensive coordinators up at night. From potential breakout star in Amon-Ra St. Brown to D.J. Chark, T.J Hockenson, and the sparkling new Ferrari in Jameson Williams, the Lions have weapons with intriguing depth as well in Josh Reynolds and Kalif Raymond to complement a backfield of D’Andre Swift and Jamaal Williams.

While a laundry list of concerns remain surrounding Goff and his immediate future under Campbell, general manager Brad Holmes deserves a tip of the cap for a job well done thus far—his roster is bursting at the seams with potential. Although expectations remain minimal with a ton of room to grow before we anoint them as divisional favorites, Detroit is both building and developing the right way, and for now, that’s all you can ask for.