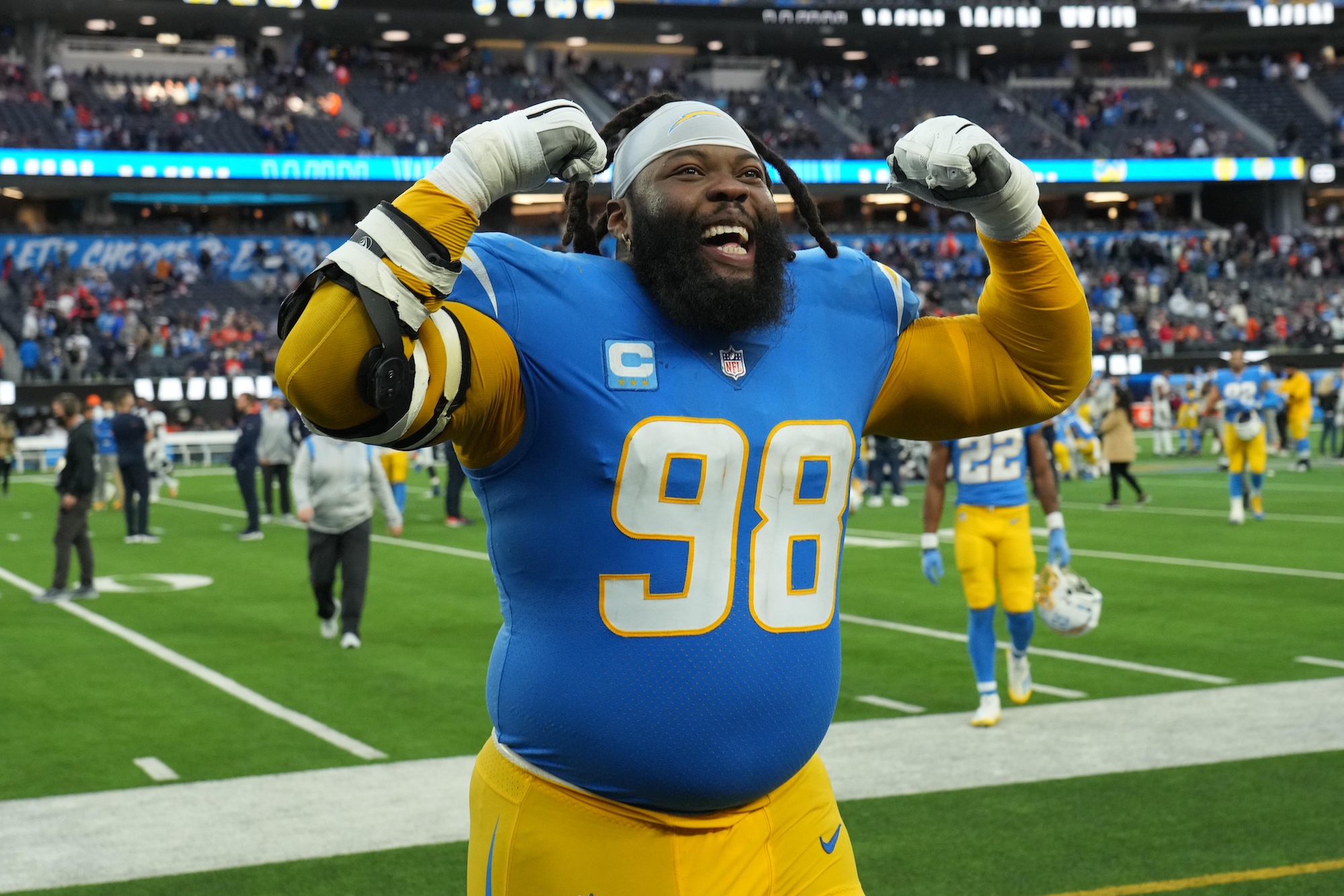 The Philadelphia Eagles are signing veteran defensive tackle Linval Joseph to a one-year contract, according to multiple reports. Eagles general manager Howie Roseman continues to add difference-makers down the stretch as his franchise pursues Super Bowl LVII. Joseph is a quality addition to the Eagles.

The No. 46 overall selection in the 2010 NFL Draft, Joseph’s addition couldn’t come at a better time. Eagles rookie defensive tackle Jordan Davis suffered a high-ankle sprain in Philadelphia’s Week 8 victory over the Pittsburgh Steelers. Their run defense hasn’t been the same since. Davis was placed on IR in early November and is ineligible to return until Week 13 at the earliest. His return-to-play-timeline remains unclear. Davis’ absence has been notable.

The Eagles blew out the Pittsburgh Steelers 35-13, but an underrated theme began emerging as Davis made his exit. The Steelers rushed for 144 yards. The following contest, Houston Texans rookie running back Dameon Pierce rushed for an astounding 139 yards on 27 carries (5.1 yards per carry). The Texans played the Eagles close-ish (29-17) as a result of their ground-game success.

The concerning theme continued throughout Philadelphia’s first defeat, a Week 10 loss to their NFC East rival Washington Commanders in primetime. The Commanders found a resounding amount of success via their one-two backfield punch of Antonio Gibson and Brian Robinson Jr. The Commanders accumulated 152 rushing yards and both Gibson and Robinson scored a touchdown apiece. The running game success allowed Washington to play the keep-away game from Philadelphia.

Davis isn’t Philadelphia’s lone defensive lineman on the mend. Second-year defensive tackle Marlon Tuipulotu was placed on IR on Tuesday, ruling him out for a minimum of four contests. Joseph was signed in a corresponding move. Tuipulotu has appeared in all nine regular-season contests to date. He’d been logging increased snaps lately. Tuipulotu had played 43% or more of Philadelphia’s defensive snaps in three consecutive contests, including a career-high 37 snaps in Week 10. Joseph will help make up the difference.

A two-time Pro Bowler and Super Bowl XLVI winner, the 6-foot-4, 329-pound Joseph is an expert run stuffer that’s made in the mold of what Philadelphia’s current woes require. Joseph appeared in 14 regular-season contests for the Los Angeles Chargers last season. He logged 300 run-stopping snaps and was credited with 43 solo tackles and 28 stops, via Pro Football Focus. Joseph has never been an expert pass-rusher, totaling just 25.0 sacks across 12 seasons. Joseph isn’t being signed for his pass-rushing prowess anyway. He’s here to stuff the run.

Joseph was once considered one of the league’s premier run-stoppers and his 2021 form indicates he has plenty left in the tank. Joseph now joins a veteran position room that also contains Javon Hargrave, Fletcher Cox, and Milton Williams. Hargrave is more of a pass-rusher than a run-stopper, and Williams is a sophomore small-schooler that’s still getting his feet wet. Joseph adds much-needed experience and run-stuffing expertise.

The 8-1 Eagles are legitimate Super Bowl favorites. Their current run game struggles are likely a momentary bump in the road. Linval Joseph provides an immediate upgrade and down-the-stretch depth until Davis makes his triumphant return.