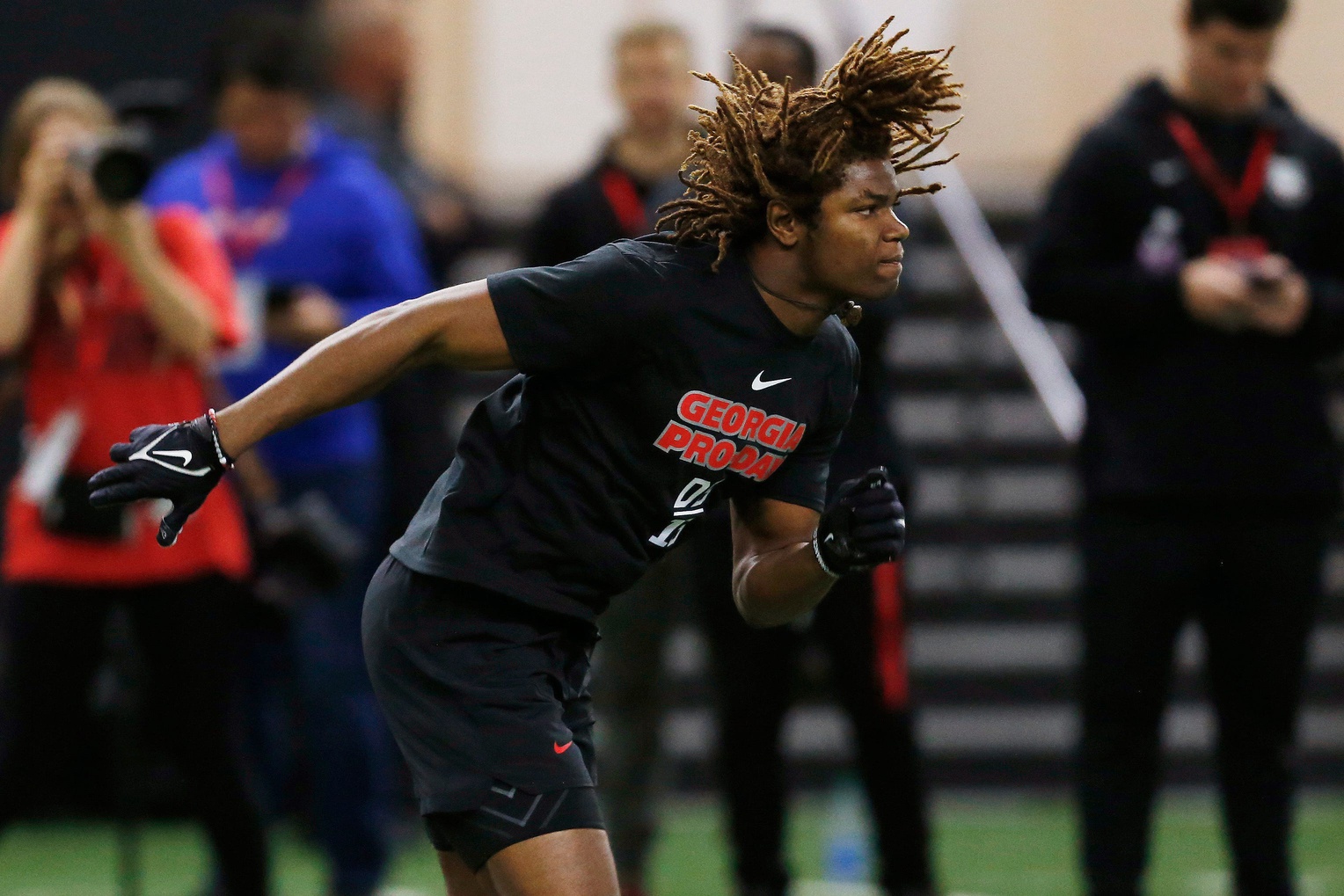 A semi-finalist for the Jim Thorpe Award last fall given annually to the nation’s top defensive back, safety Lewis Cine has flown under the radar in comparison to his spotlighted teammates. While the safety position—like the backfield—has decreased in positional value over the years, identifying the true workload that coincides with playing the position forces athletes to possess one of the more versatile skill sets of any position on either side of the ball. At 6-foot-1, Cine packs a healthy punch and tools that suggest he’ll thrive immediately on Sundays. He’s a downhill defender who looks to knock your mouthpiece out and here are a few teams that would benefit from his presence this fall.

With safety Tyrann Mathieu expected to sign elsewhere in the coming days, the Chiefs are in desperate need for fresh legs within their secondary. Set to play six games against quarterbacks Justin Herbert, Derek Carr and Russell Wilson, don’t be surprised if General Manager Brett Veach takes Cine with one of his first-round selections. Working adjacent to Juan Thornhill, Cine would be granted the ability to both roam the ceiling of the defense and play downhill as a true culture changer at the safety spot.

The Texans need a sense of identity and there may not be a guy in this class to rally around more than Cine. He plays with a battery pack in his shoulder pads and if you’re General Manager Nick Caserio, you need impact, and lots of it, and Cine could be the optimal fit as your defensive stalwart.

Although Kam Curl and Bobby McCain look to start opposite each other come Week One, the departure of Landon Collins leaves a massive hole at the buffalo nickel spot and Cine would be able to fill Collins’ shoes – and then some – as a three-level defender. With multiple seasons of experience working behind elite level front-seven talents, his addition into a defense touting Chase Young, Jon Allen, Montez Sweat, Daron Payne, Cole Holcomb and Jamin Davis should entice Defensive Coordinator Jack Del Rio.

Cine and Minkah Fitzpatrick? Sign me up. Although the Steelers’ front seven remains one of the more talented in football headlined by T.J. Watt, they lack starpower in the secondary outside of the All-Pro in Fitzpatrick. Pittsburgh would be wise to add fresh legs and a physical presence to counter the high-octane offensive attacks of Cincinnati, Cleveland and Baltimore. Both he and Fitzpatrick would be able to play off each other allowing Defensive Coordinator Teryl Austin to offer unique looks to opposing signal-callers.