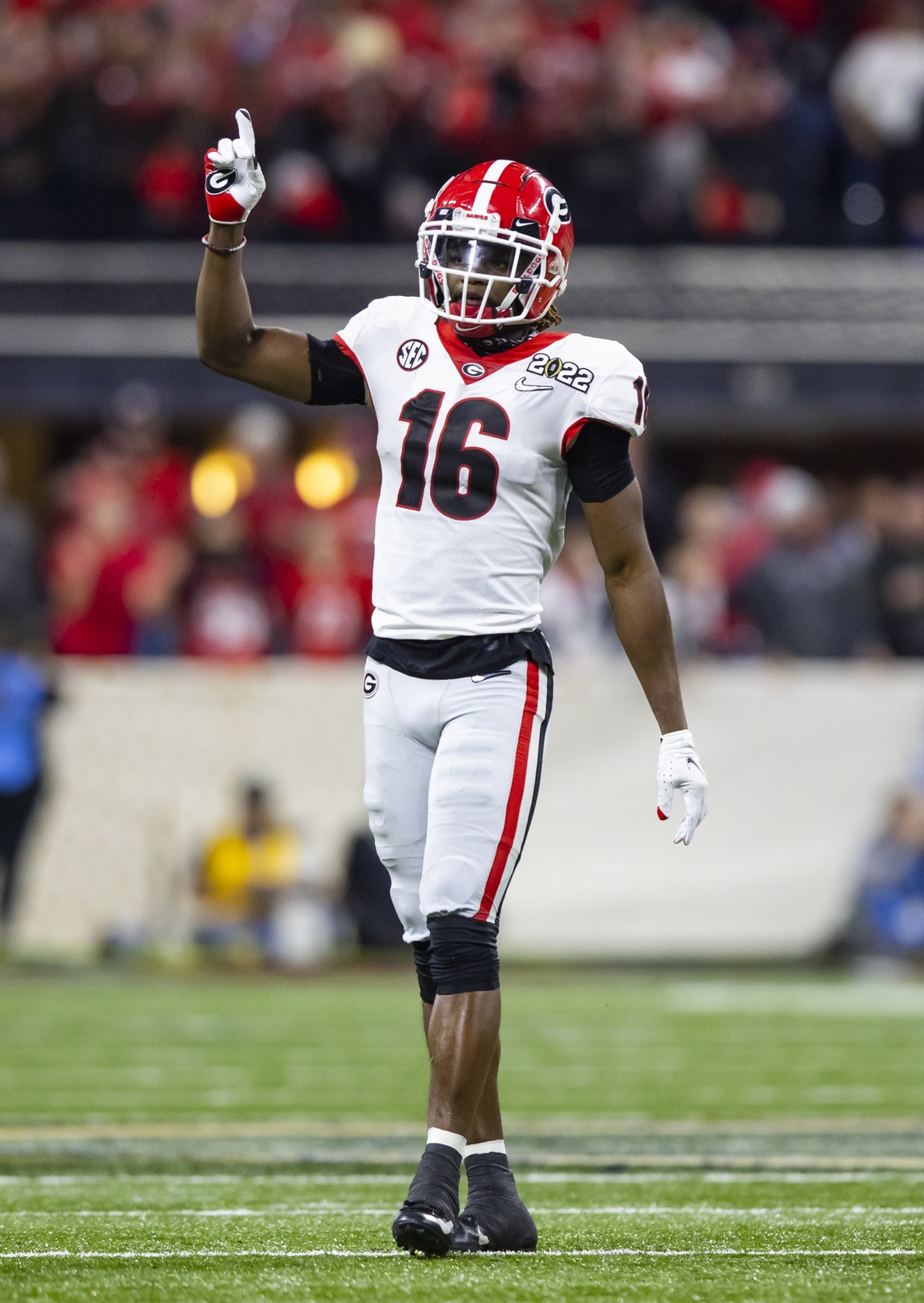 As he stood on a side field at the 2019 Under Armour All-American game, prepared to answer questions on his future as a Georgia Bulldog, Lewis Cine—assertively—put his future into perspective. “I want to win… and the [2019] class that Georgia is building… [Nakobe] Dean don’t play, I don’t play,” Cine said. “Let me go back to the goal… I want to completely destroy Alabama,” Cine exclaimed. A quick fast-forward to three years post-interview and Cine has quickly seen fantasy come to reality. In a 33-18 victory over the Crimson Tide just a few weeks ago, the apex defender for what became one of CFB’s most historic defenses ushered the Bulldogs to their first-ever CFP title—and both Dean and Cine toward the pre-draft circuit. A part of a group of 11 littered with day-one NFL talent—Georgia could see upward of seven defenders taken before day three of the 2022 NFL Draft concludes—as boisterous a voice as Cine displays inside the defensive huddle, his play has flown ultimately under the radar behind potential first-rounders in Jordan Davis, Dean, and the bevy of talent that puzzled together an uber-successful front seven. A semi-finalist for the Jim Thorpe Award, given annually to the nation’s top defensive back, Cine’s diverse skill set has introduced a prospect that will assert his presence from the moment he steps onto pro turf. While the safety position—like the backfield—has decreased in positional value over the years, identifying the true workload that coincides with playing the ceiling of a defense forces athletes to possess one of the more versatile skill sets of any position on either side of the ball. At 6-foot-1, Cine packs a healthy punch. A downhill defender who looks to knock your mouthpiece out, Cine is a violent hitter who puts his entire 200-plus pound frame behind every tackle. Heck, Georgia head coach Kirby Smart has felt the brunt of Cine’s physicality. https://twitter.com/CamMellor/status/1203429895939997697 However, there’s MUCH more to his impressive game than his aggressiveness and willingness to blow up a play. Throughout his three seasons in Athens, Cine displayed an excellent ability to diagnose plays against the run, reading the offense, and putting himself in a position to succeed on each and every down. With quick-twitch and eyes constantly solving pre-snap movement and offensive tendencies, Cine rarely finds himself out of position. In pass coverage, and where he’ll be asked to improve his game most as a pro, the former 4-star recruit demonstrates an incredible ability to T-step and close on opposing wideouts. With premier balance and a nose for the football, Cine can drop in coverage, change direction, and retrace steps, all while staying in phase allowing him to stay in the hip pocket of his opponent in man coverage. While he’s shown the versatility to work as a single-high safety and as a slot corner, Cine has also shown a prowess near the LOS that is matched by few safety talents within the class as a high-level blitzer. With top-end speed to boot, there are not many boxes Cine fails to bold. https://twitter.com/syedschemes/status/1480719638631694339 While Notre Dame’s Kyle Hamilton has represented the cream of the crop for the safety class, Cine is an immediate plug-and-play talent at the next level who could also provide value as a core special teams player from the onset of his career. With one of the more enticing skill sets of any secondary defender who popped on film all year long, Cine is a player the old heads of football will fall in love with due to his physicality, and modern-day coordinators will be able to use as a versatile chess piece to deploy in center field.