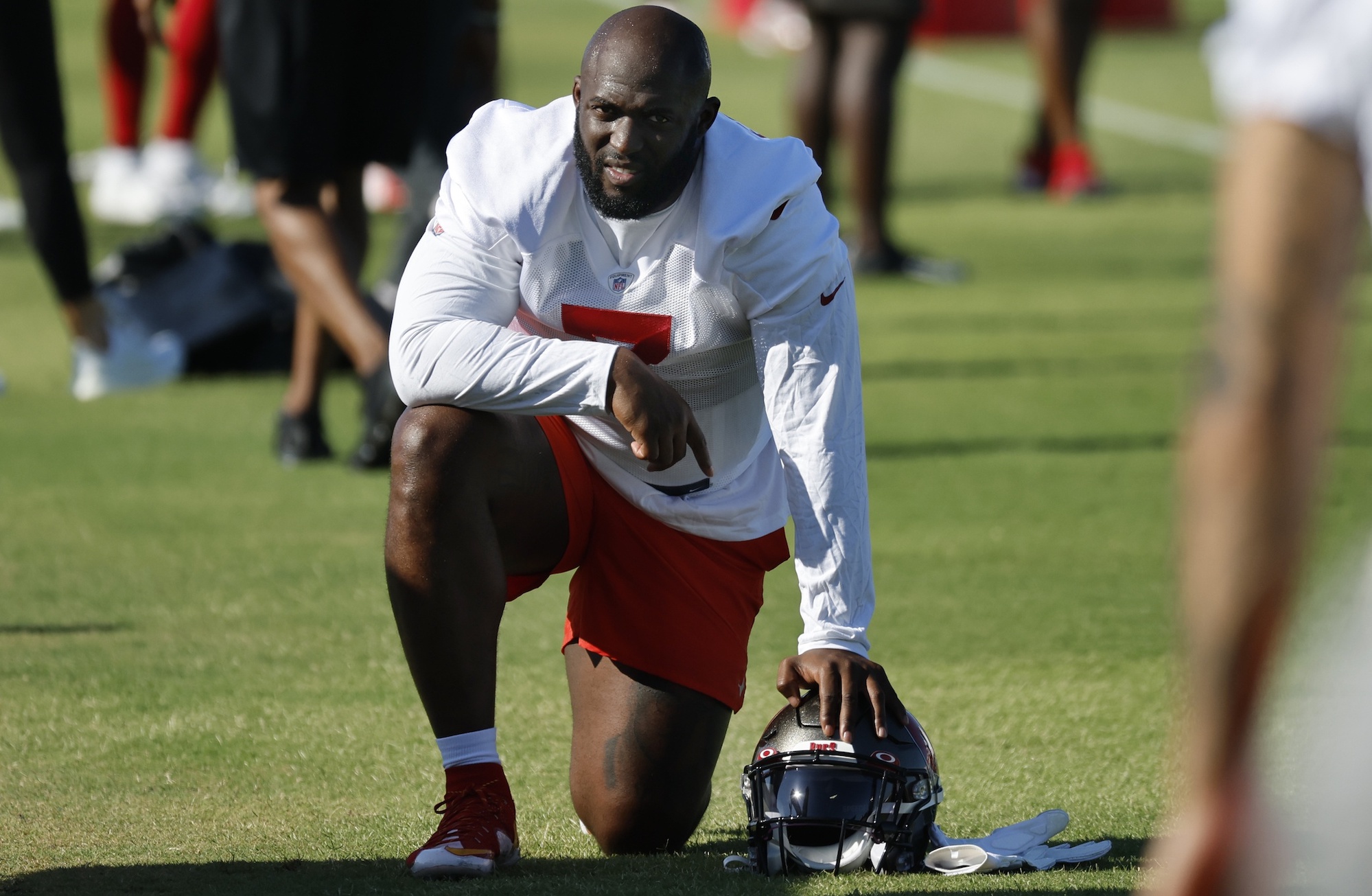 How Concerned Should Bucs Be About Leonard Fournette’s Weight?

According to reports, the Tampa Bay Buccaneers coaching staff is unhappy with running back Leonard Fournette, who allegedly showed up to minicamp overweight at 260 pounds. Fournette apparently played last season at 228 pounds, although in a now-deleted tweet, Fournette claimed he weighed 245 last season. That would mean Fournette has gained somewhere between 15 and 30 pounds since we last saw him take an NFL field. This comes shortly after Fournette signed a three-year extension worth $21 million with the Buccaneers earlier this offseason.

Although it’s a tad early for the Buccaneers to worry about Fournette’s weight and overall commitment, the situation is worth closely monitoring with training camp fast approaching.

Weight issues can be overblown this time of year, but fans and analysts alike will now be paying extra close attention to Fournette’s appearance and performance throughout training camp. It’s worth noting that Fournette enjoyed another fruitful season as a Buccaneer in 2021. The former LSU product accounted for 1,266 total yards of offense and 10 touchdowns during the regular season. The Buccaneers believe in what he offers the offense—paying him $7 million annually speaks volumes regarding their opinion of the player.

The Buccaneers certainly made a decision to invest in Fournette this offseason as their running back of the immediate future. Fournette’s annual salary of $7 million makes him the 10th-highest-paid running back on a yearly basis (tied with James Conner), while the disappointing Ronald Jones II was allowed to depart in free agency. As a result, Tampa Bay’s depth behind Fournette doesn’t welcome excitement. Any conditioning or discipline-related issues would put the Buccaneers’ running back room in a less-than-desirable position.

Ke’Shawn Vaughn remains in Tampa Bay, but the former third-round selection in the 2020 NFL Draft has yet to live up to his billing. Vaughn was an afterthought in Tampa Bay’s offense last season, rushing for just 180 yards on 36 attempts. Vaughn isn’t guaranteed a roster spot heading into 2022. Veteran Giovani Bernard was re-signed to a one-year contract worth $1.2 million, but the soon-to-be 31-year-old Bernard is past his prime and is best utilized as a situational player in obvious passing down situations.

Rachaad White could be the wildcard. Buccaneers General Manager Jason Licht drafted White with the No. 91 overall selection in the 2022 NFL Draft. A highly intriguing prospect out of Arizona State, White’s second-gear explosiveness and smooth footwork make him a potential three-down back at the next level. If Fournette’s reported weight issues land him in the dog house, White could receive more reps with the starters at training camp. It shouldn’t take White long to leapfrog Vaughn and Bernard on the depth chart.

Buccaneers Head Coach Todd Bowles is counting on Fournette to spearhead Tampa Bay’s rushing attack in 2022. He must surpass 1,200 total yards of offense once again for the Buccaneers to feel like they received a proper return on their investment.