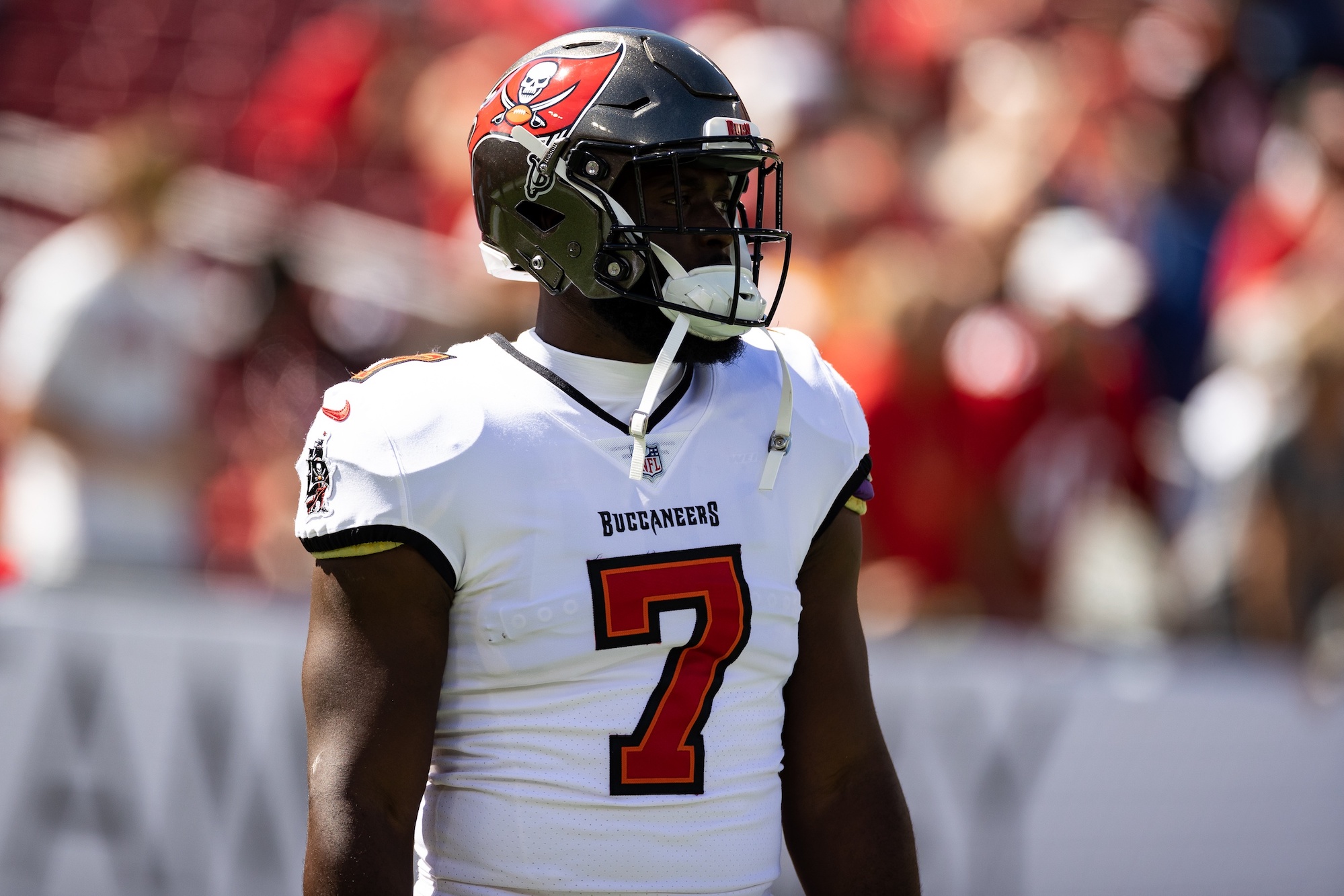 The Tampa Bay Buccaneers are going to experience sweeping changes to their personnel this offseason. Starting quarterback Tom Brady is an unrestricted free agent and is expected to either retire or play elsewhere in 2023. Even without Brady on the books, the Buccaneers are currently projected to be $55.3 million over the cap, per Spotrac. They rank 32nd in available cap space.

Buccaneers general manager Jason Licht will be forced to make some difficult decisions. Running back Leonard Fournette is one aging veteran that may be outright released, according to reports. Releasing Fournette would save the Buccaneers approximately $3.4 million against the 2023 cap, via Spotrac. The Buccaneers need every penny. We’ve swiftly identified three potential landing spots for Leonard Fournette should he be released.

Ravens general manager Eric DeCosta has a ton of issues to sort through this offseason. None is more pressing than addressing the contract of franchise quarterback Lamar Jackson, who is currently scheduled to become an unrestricted free agent. Ravens head coach John Harbaugh is also going through the process of hiring a new offensive coordinator.

It’s difficult to predict what the Ravens’ offensive identity will be in 2023 without a starting quarterback or play-caller under contract. The Ravens have taken a run-first approach in recent years and we can see that remaining the case under a new OC. J.K. Dobbins suffered another injury-hampered campaign. Kenyan Drake and Justice Hill are among Baltimore’s free agents. Pairing Dobbins with a veteran back a la Fournette that can serve as insurance makes sense for the run-heavy Ravens.

The Broncos have preferred to utilize a one-two punch in the backfield in recent years. That was the case until veteran back Melvin Gordon began showing signs of a decline and was released midseason due to recurring fumbles. Starting ball-carrier Javonte Williams also suffered a season-ending torn ACL in Week 4. Serious knee injuries often take a full calendar year to recover from. Williams may require time to get back to his explosive self.

Broncos general manager George Paton is entering the offseason with approximately $13 million in available cap space, according to Spotrac. Paton’s first order of business is to hire a new head coach after firing Nathaniel Hackett midseason. The Broncos’ next coach will be tasked with salvaging Russell Wilson. Improving the run game by signing Fournette is a shrewd idea.

Raiders running back Josh Jacobs exploded for a career-best campaign in 2022. Jacobs surprisingly led all NFL ball carriers with 1,653 yards. The timing couldn’t have been better for Jacobs, who’s set for unrestricted free agency.

Jacobs finds himself in a position to command more than $10 million annually via a multi-year extension. Raiders general manager Dave Ziegler and head coach Josh McDaniels come from the New England Patriots’ school of hard knocks. The Patriots rarely pay above market for ball carriers. McDaniels routinely found success in Foxboro while rotating affordable backs. Should Jacobs command top dollar and Fournette were to become available, the Raiders could sign Fournette for a fraction of what Jacobs will be asking for. Fournette could pair with Zamir White in a new-look backfield.