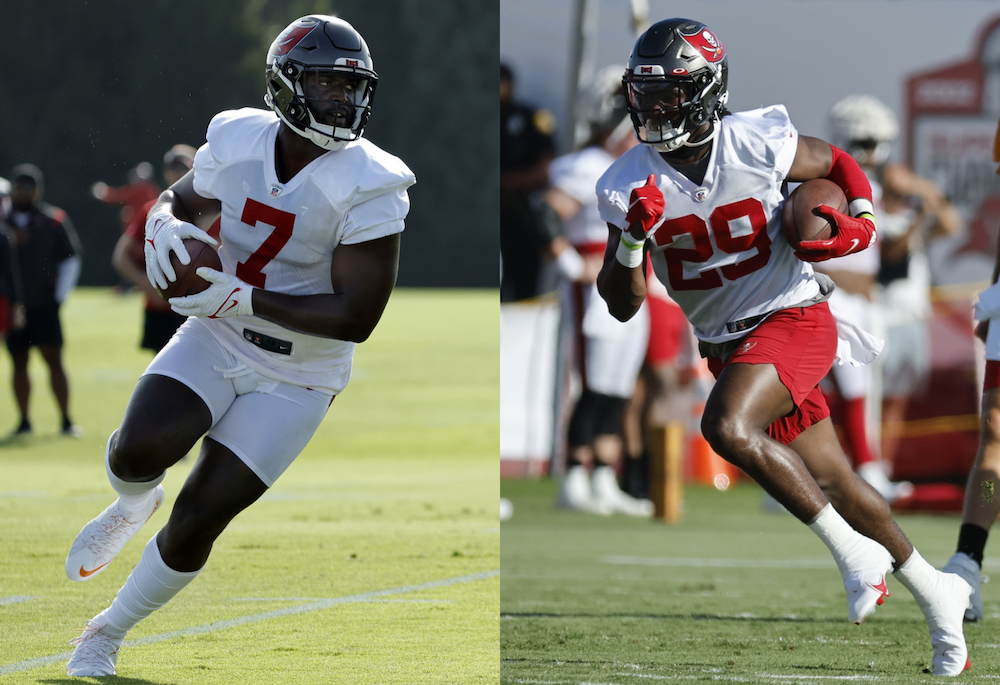 Do you remember what you were doing at 27?

I do—and it wasn’t leading the rushing attack of one of the NFL’s top offenses and catching passes from Tom Brady on the regular.

That’s been Fournette’s reality for the last few years—and even before that, he was the featured back and a giant part of Jacksonville’s offense.

So, at that ripe age of 27, he’s a vested veteran. And not only is he not one of the ‘young guys’ anymore, he’s gone a step further and taken on a mentor role. It’s been evident throughout camp that he’s taken a liking to Buccaneers third-round pick Rachaad White out of Arizona State.

“I had guys like Chris Ivory, T.J. Yeldon who did it for me and that’s just how it is—and ‘Shady’ (LeSean McCoy) did it for me too,” Leonard Fournette said. “It’s only right you pass the torch down to the young guys in the game because unfortunately, our window is closing year-by-year, day-by-day so I mean, why not?”

There’s a unique conundrum that exists in professional sports above anywhere else—you’re essentially expected to help out your own competition. Fournette is pretty well solidified as the starter as he’s continued to improve in every aspect of his game. He has morphed into that every-down back offenses covet—able to run between the tackles, turn the jets on the outside and catch passes out of the backfield. Fournette has also vastly improved in pass protection, which is a necessity when your quarterback is 45 years old.

But White comes from a very pro-ready system in Tempe, Arizona. He already has experience catching passes and has fluid hands, combined with a good understanding of basic routes. He broke off a couple great runs in the Buccaneers’ preseason opener behind an offensive line opening up their own playbook with some wide-zone looks and variations that emphasized the run game—especially on first down. White showed great awareness and patience, waiting for holes to open up, following blocks and putting his foot in the ground to shoot his gaps.

White ended up with 32 yards on seven carries and caught two passes for 13 yards. While that may not seem like a lot, he wasn’t put in as a running back until late in the second quarter with the Buccaneers trying him out on special teams as a returner to start the game. White’s runs also set up favorable down-and-distance situations, getting five yards on his first carry of the night on first down. His first carry of the second half went for 12 yards, which is considered an ‘explosive’ play on the ground.

So, yeah. Fournette would be forgiven for being a little hesitant in helping a young guy come after his job. But it was actually kind of the other way around.

“I guess he kind of thought I was mad at him because he said he wanted to start, which is supposed to be your mindset,” Fournette said. “But my job is, and how I am, is to help him. I help him each and every way, and I invite all the running backs to come to my crib, and I will take care of you all. I think that’s more of the little brother, big brother relationship we’ve got going on. I want to see him succeed, I want the best for him, and I think it’s going to come for him.”

“’Lenny’ (Leonard Fournette) he helps me out with leadership,” said White. “He always just makes sure I’m always on my ‘p’s and q’s.’ He just knew how it was for a rookie, making sure that I’m consistent. He just preaches that to me every day—just keep being consistent, keep being you, keep going out there and having fun. And every time at joint practices, he preaches the same thing: don’t let anybody try you, make sure you protect yourself and go out there and play ball.”

White is just the latest addition to a clip of running backs the Buccaneers now have in their seemingly endless offensive arsenal. Given how much Brady likes being able to throw to his backs and with Tampa Bay’s rushing percentage only expected to go up now that Head Coach Todd Bowles has the reins, that’s a welcomed sight.

“Every running back has the potential to start,” said Fournette. “That’s why I always tell people if one running back goes down, you’re not going to miss a heartbeat with the next because we all taught the same thing.” 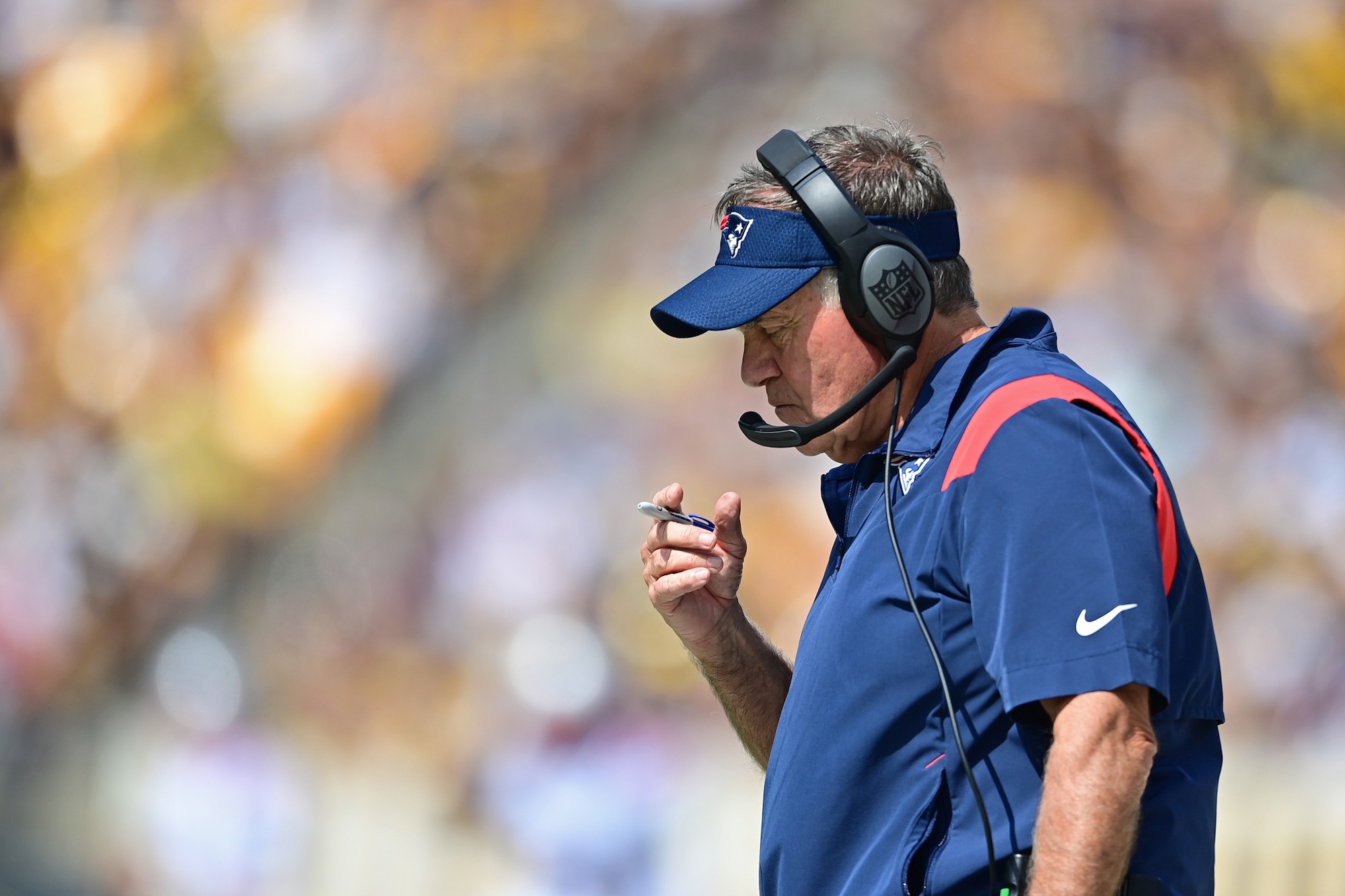 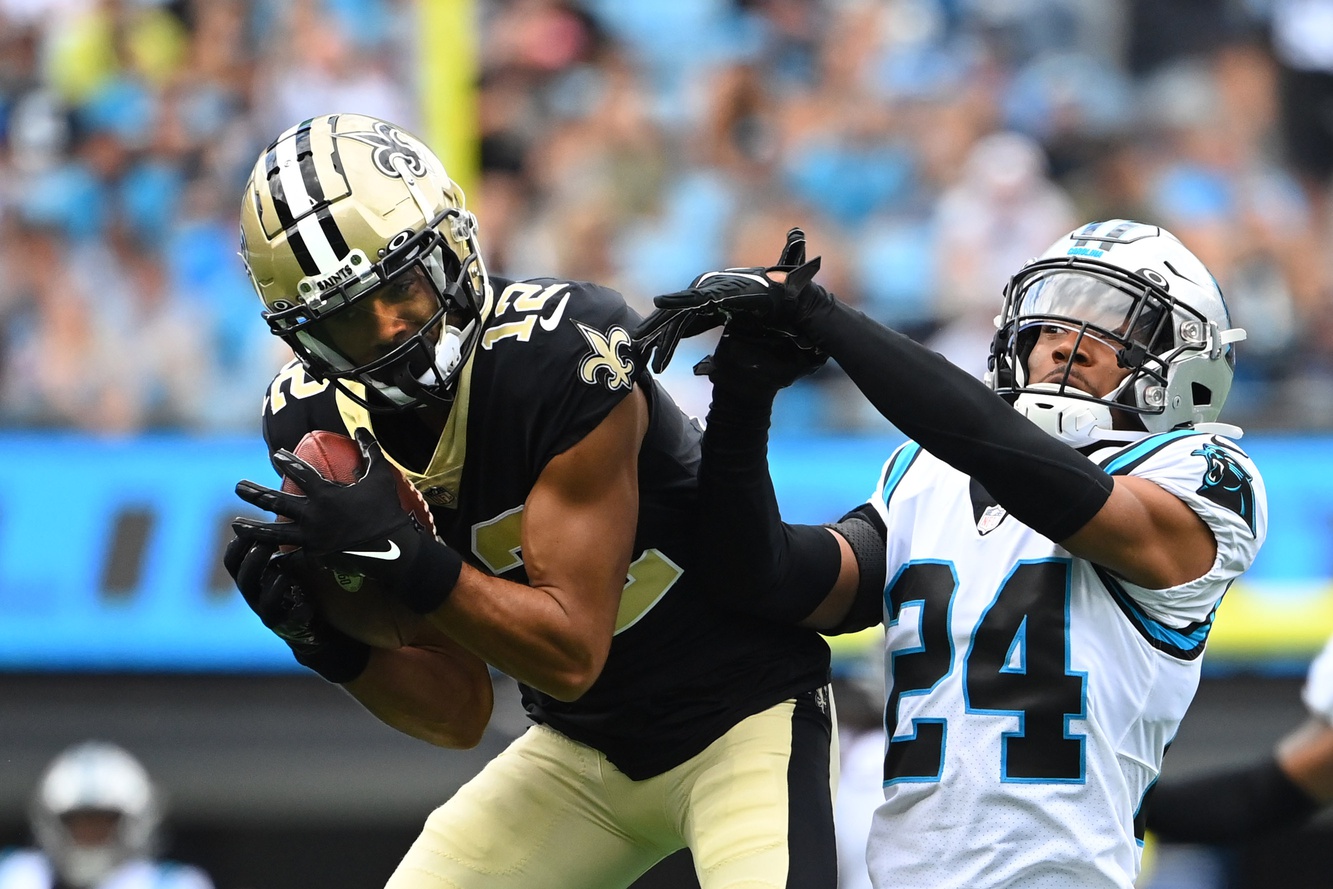