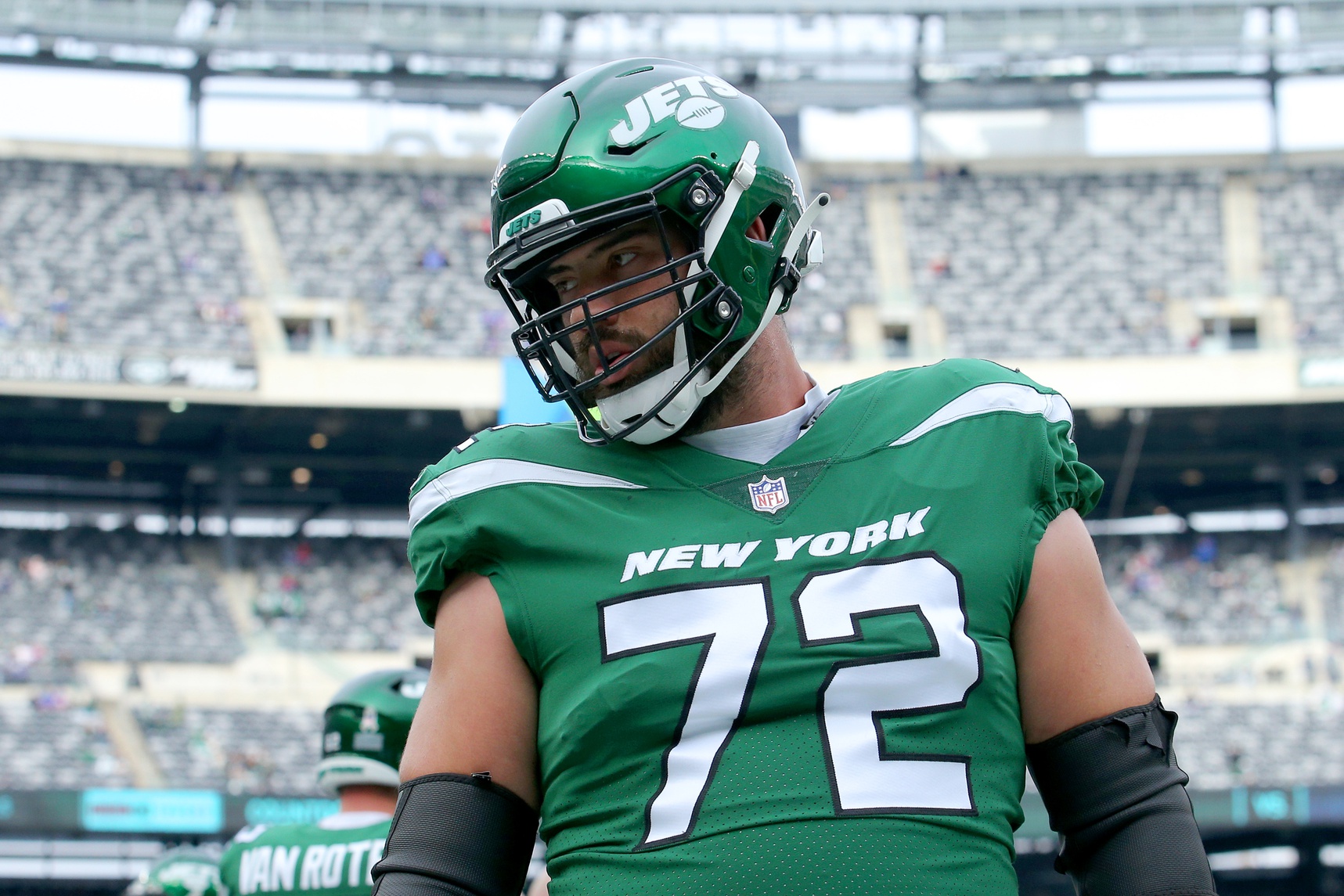 The New York Jets signed offensive guard Laurent Duvernay-Tardif to their practice squad on Thursday, the team confirmed via social media. Duvernay-Tardif originally joined the Jets via a midseason trade last November and started seven contests at right guard. A medical school graduate, Duvernay-Tardif recently completed a portion of his medical residency in his native country of Canada. Duvernay-Tardif adds some much-needed depth and experience to the Jets’ offensive line. A reunion was always expected to be pursued by both sides.

“I am definitely hoping to play for the Jets in 2022,” Laurent Duvernay-Tardif exclusively told The Draft Network earlier this year. “I feel I add value to the team both on and off the field. It’s a young team and I feel like I possess the experience necessary to help us. It represents the best fit for me.”

Signing players initially to the practice squad has been a common practice since the league expanded the versatility and size of practice squads. Duvernay-Tardif was already on the practice field during Friday’s scrimmage. It’s a matter of time before he’s elevated to the Jets’ active 53-man roster.

A sixth-round selection out of McGill University in Canada in the 2014 NFL Draft and a Super Bowl winner, Duvernay-Tardif played a total of 390 offensive snaps for the Jets last season. He was credited with allowing just one sack on 248 pass-blocking snaps, per Pro Football Focus. A balanced blocker, Duvernay-Tardif earned an overall grade of 53.2 from PFF for his season’s performance.

All of Duvernay-Tardif’s pro experience has come at the right guard position, where he has more than 3,000 snaps under his belt. Former undrafted free agent Nate Herbig is the Jets’ current starter at right guard. Herbig has replaced Alijah Vera-Tucker, who suffered a season-ending triceps injury in Week 7. Herbig has been dealing with a shin injury of his own as of late.

Herbig has been adequate, or even replacement-level at right guard, but Duvernay-Tardif will be anxious to reclaim the team’s starting right guard position. He may achieve that goal whether through injury or lackluster performances. His familiarity with offensive coordinator Mike LaFleur’s system should help.

“I love running outside zone,” Laurent Duvernay-Tardif told The Draft Network. “Playing for the Jets took [my appreciation for the system] to a whole new level. We had success with it [outside zone] later in the season. We ran the ball well late into the year. I’m very optimistic for next season. Coach LaFleur has an excellent grasp on his system,” Duvernay-Tardif concluded.

The Jets have lost a plethora of offensive linemen to injury this season. In addition to Vera-Tucker, Mekhi Becton suffered a season-ending knee injury in August. His replacement was to be Duane Brown, who already had a stint on IR earlier this season. Fellow tackles Max Mitchell and George Fant are currently on IR, with Mitchell’s 21-day practice window being triggered earlier this week. Fant remains on IR with a knee injury and a timeline for his return hasn’t been defined. It’s been tough sledding for the Jets up front. Adding Duvernay-Tardif helps fill some of those voids.

The surging 6-3 Jets are writing one of the league’s more heartwarming stories of the 2022 campaign. Robert Saleh’s squad possesses legitimate postseason aspirations. Adding Duvernay-Tardif improves the Jets’ O-line, which in turn adds additional legitimacy to their playoff chances.