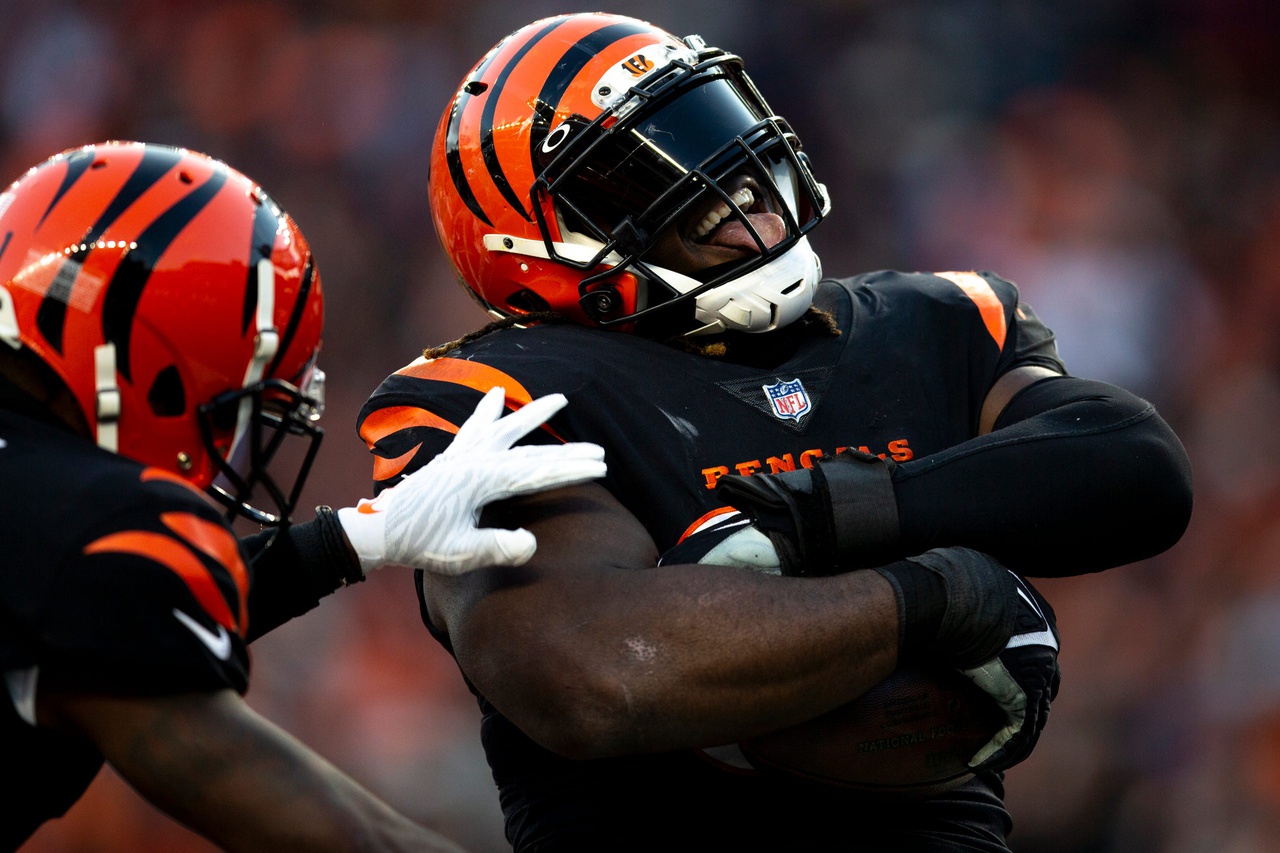 According to multiple reports, free agent defensive tackle Larry Ogunjobi is visiting the Pittsburgh Steelers on Tuesday afternoon. Ogunjobi previously visited the New York Jets earlier this offseason. Ogunjobi remains one the most intriguing defenders available on the open market after recording career-highs in sacks (7.0), quarterback hits (16), and tackles for loss (12.0) last season as a member of the AFC-winning Cincinnati Bengals.

Ogunjobi could potentially prepare to choose between offers from the Jets and Steelers at the conclusion of his latest visit. Both options present their positives and negatives, but signing with the Jets would provide a clearer and quicker pathway to playing time for Ogunjobi in 2022. The Jets didn’t immediately sign Ogunjobi at the conclusion of his free-agent visit, but they recently confirmed that it remains a possibility. Ogunjobi’s decision could, of course, come down to the financial details, but all things equal, the Jets could provide a better on-field opportunity.

A current look at both rosters indicates that the Steelers possess more adequate depth across their defensive line than the Jets do, which could potentially limit Ogunjobi to a part-time role. In Pittsburgh, Ogunjobi would likely play behind veterans Tyson Alualu and Cameron Heyward, who are two starters on Pittsburgh’s D-line. Former Michigan standout Chris Wormley is also in the mix, as is rookie defender DeMarvin Leal. The recent retirement of Stephon Tuitt is potentially the reason behind why Steelers General Manager Omar Khan is poking around Ogunjobi, but the Steelers were prepared for Tuitt’s retirement, and have several solid players at the position.

The Jets made some offseason changes to the flanks of their defense, but the interior of their defensive line remains a position worth upgrading. Carl Lawson is returning from a season-ending torn Achilles injury, and the Jets also landed former FSU EDGE rusher Jermaine Johnson II via a draft-day trade with the Tennessee Titans. The interior hasn’t received the same attention. Folorunso Fatukasi departed the Jets by signing a three-year, $30 million contract with the Jacksonville Jaguars. Douglas took a low-cost flier on Solomon Thomas, but the former San Francisco 49er is hardly expected to move the needle forward. The Jets also didn’t draft any interior defensive linemen despite making seven selections in the 2022 NFL Draft.

Ogunjobi could quickly step into a legitimate role in East Rutherford, especially for a defensive line that is looking for more pass-rushing upside. Sheldon Rankins remains a quality player but has totaled just 4.5 sacks over the previous two campaigns. Quinnen Williams is the star of the group, and pairing him alongside Ogunjobi on obvious passing downs would make the Jets more dangerous up the middle. Nathan Shepherd hasn’t developed into anything more than a rotational defender. Saleh could find a spot for Ogunjobi.

It’s worth remembering why Ogunjobi still finds himself available this close to the start of training camp. Ogunjobi previously reached an agreement with the Chicago Bears on a three-year contract worth $40.5 million earlier this offseason, but a failed physical ultimately forced the deal to collapse. Ogunjobi sustained a season-ending foot injury against the Las Vegas Raiders in the wild-card round and underwent surgery in January.

Ogunjobi’s impending decision looms extremely large in relation to the success he manages to achieve in 2022. Ogunjobi must assess many factors while making arguably the most important decision of his professional career. He should ultimately reach a conclusion to join the Jets, should the opportunity present itself.