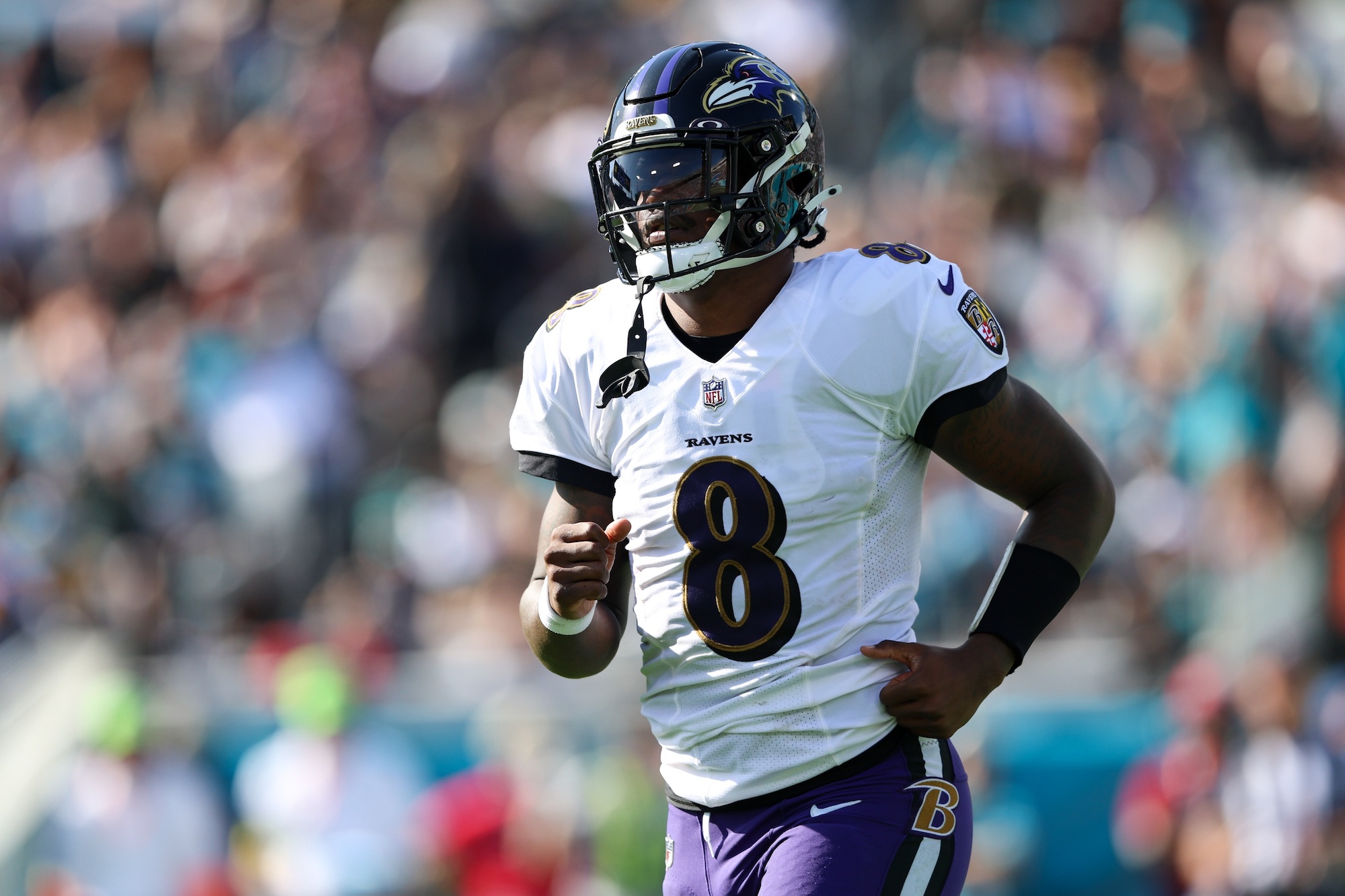 These 3 Teams Should Trade For Lamar Jackson

Baltimore Ravens quarterback Lamar Jackson did not travel with the team to Cincinnati for Saturday’s 24-17 wild-card defeat to the Bengals. It brings Jackson’s relationship with the organization further into question. The quarterback injured his knee in Baltimore’s Week 13 win over the Denver Broncos and missed the remainder of their campaign.

Jackson is scheduled to become an unrestricted free agent. Contract negotiations between Jackson and Ravens general manager Eric DeCosta have been stalling for 12-plus months. With Baltimore’s offseason now looming large, we’ve identified three teams that could execute a trade for Lamar Jackson, assuming the Ravens use the franchise tag on him.

Falcons head coach Arthur Smith is entering a crucial campaign in 2023. It will be Smith’s third season as the Falcons’ head honcho. While some feel Smith has actually overachieved given the raw deal he’s gotten at quarterback, he’s compiled a record of 14-20, and head coaches rarely survive three consecutive losing campaigns. The Falcons have to do something big this offseason.

Marcus Mariota is unlikely to return to the Falcons in 2023 after being benched and leaving the team early. Rookie quarterback Desmond Ridder was a mixed bag who failed to prove beyond reasonable doubt that he’s capable of being Atlanta’s franchise quarterback. The Falcons could find themselves in the market.

Falcons general manager Terry Fontenot isn’t afraid of being aggressive. The Falcons entered the Deshaun Watson sweepstakes last summer. They should make a play for Jackson this offseason.

Issues at quarterback took center stage for the Saints. Starting quarterback Jameis Winston failed to stay healthy and was eventually benched for a better-performing Andy Dalton. Dalton is scheduled to become a free agent and isn’t the long-term answer. The Saints could save nearly $13 million against the 2023 salary cap by designating Winston as a post-June-1 release, per Spotrac.

The Saints don’t own their first-round selection in the 2023 NFL Draft as a result of an ill-advised trade with the Philadelphia Eagles. Loomis is unlikely to receive an opportunity to draft a franchise quarterback. The Saints could put together an intriguing trade package including players and picks—especially if they get compensation for Sean Payton—to entice the Ravens for Jackson.

Jets sophomore quarterback Zach Wilson suffered through a nightmarish campaign. Wilson managed to both play poorly and highlight maturity issues. He was demoted to No. 3 quarterback duties and was downright inactive at times as a result. Wilson’s future with the franchise is hardly a guarantee.

Douglas and Saleh are expected to pursue a veteran quarterback. Derek Carr and Jimmy Garoppolo could be options. Don’t be stunned if the Jets kick the tires on Jackson’s availability, too.