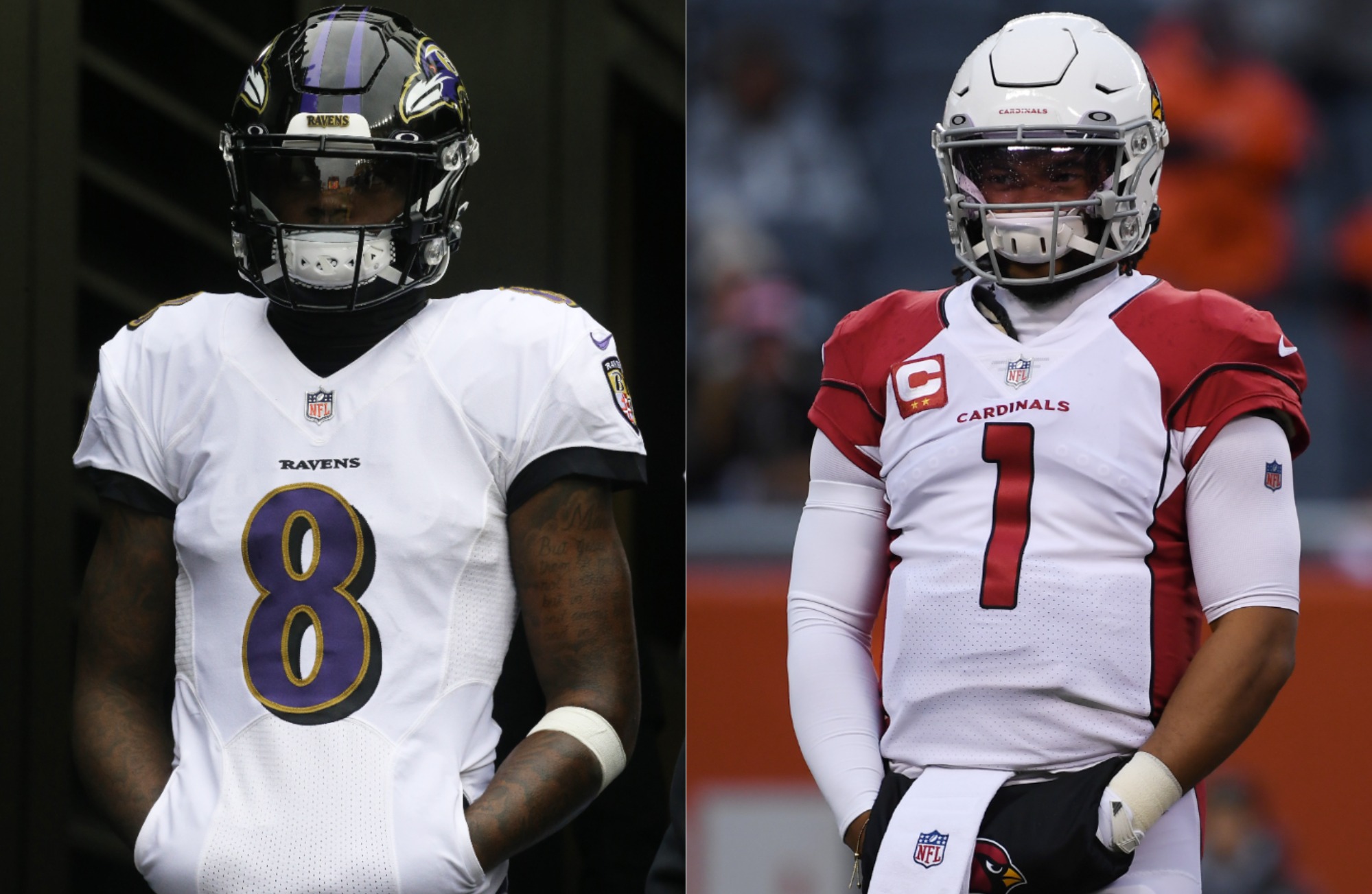 The quarterback market has been completely flipped on its head this offseason. Today’s pass-happy league and record-breaking revenue sharing have placed the leverage in the laps of quarterbacks. The spotlight is now on the ongoing negotiations for Kyler Murray and Lamar Jackson who are two signal-callers expected to sign lucrative extensions in the near future.

The Green Bay Packers signed Aaron Rodgers to a three-year contract extension worth $150.8 million, with $101.5 million guaranteed. Rodgers’ average yearly salary of $50.2 million makes him the highest-paid athlete in North America on an annual basis. Just days later, the Cleveland Browns acquired quarterback Deshaun Watson and awarded him with a five-year contract worth a fully guaranteed $230 million. It represents the largest contract and most guaranteed money in NFL history. Both of these dealings have had a profound impact on the quarterback market while directly impacting the deals Murray and Jackson will eventually sign.

Of these two quarterbacks, Murray is the likelier choice to sign an extension before training camp opens in July. Murray is currently set to enter the final season of his four-year rookie contract, and under its current agreement, would earn approximately $5.4 million in 2022. Murray is monumentally underpaid given his recent production. Cardinals General Manager Steve Keim has already exercised the fifth-year rookie option on Murray’s contract, which would pay Murray nearly $30 million in 2023. It’s a sizable bump in pay that is still considerably less than what Murray will look to earn annually on his next contract.

Murray is currently signaling his intentions regarding his desired extension. The former Oklahoma standout is currently skipping Arizona’s organized team activities (OTAs) while successfully driving his point home. His frustration with the Cardinals and negotiations have been well-documented. Murray even went as far as removing all Cardinals-related content from his social media accounts in February. He’s unhappy with his current contract situation and demands an amendment immediately.

Keim is fully aware of the situation and seems intent on addressing Murray’s contract before the 2022 season begins.

“I feel like we’ll be able to get something done this summer,” Keim recently said, in relation to Murray’s contract. “He is our future, we feel that strongly,” Keim concluded.

Jackson’s situation is far more complicated. The former MVP and two-time Pro Bowler represents himself and has shown a consistent hesitancy to negotiate a long-term contract. Ravens General Manager Eric DeCosta has made several attempts to engage in discussions, but Jackson hasn’t flashed a willingness to meet him in the middle. Recent reports have indicated Jackson is hellbent on waiting until after the completion of the 2022 season to address his contract. It’s somewhat peculiar given a player’s typical penchant to secure their future as soon as possible in a physical league where injuries can swiftly change the course of a career. Still, Jackson doesn’t seem intent to budge.

Playing the waiting game has undeniably worked in Jackson’s favor thus far, as quarterback contracts continue to significantly increase in value with each passing year. Given the current market, Jackson’s value has surely reached somewhere between $43 and $47 million annually. Continuing to play the waiting game when the numbers are already extremely fruitful seems like an odd decision.

Contract extensions for both Murray and Jackson should realistically be nearing, and they could be the next two signal-callers to initiate the direction of the quarterback contract market. Both players are elite signal-callers that will sign lucrative extensions with their current franchises. Murray’s situation is a bit more straightforward, whereas Jackson’s continues to be unpredictable. Look for Murray to sign on the dotted line before Jackson does.