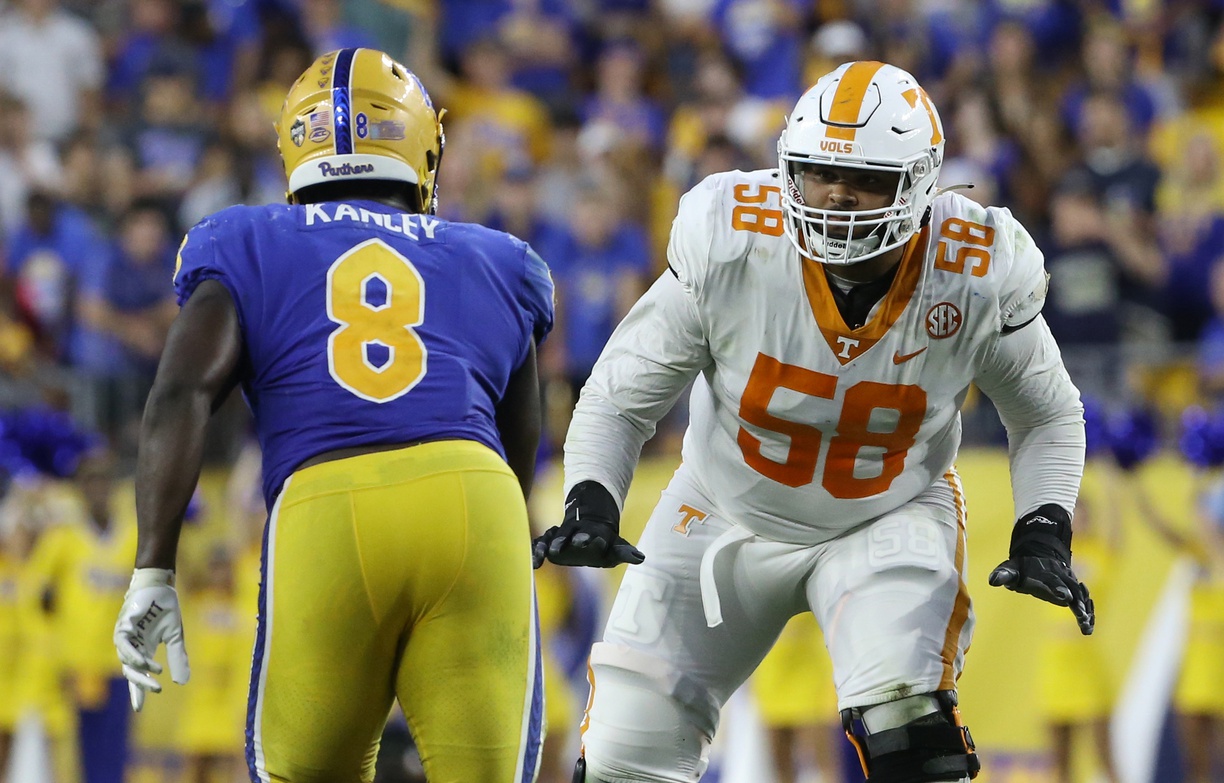 3 OTs Chargers Fans Should Know Ahead Of 2023 NFL Draft

The Los Angeles Chargers need to add some help on their offensive line before they can be one of the truly elite teams in the AFC and NFL.

They started that process in the 2021 NFL Draft, taking offensive tackle Rashawn Slater in the first round, a pick that panned out phenomenally in his first year. They continued adding help up front in the 2022 NFL Draft as well, adding guards Zion Johnson and Jamaree Salyer in the first and sixth rounds, respectively.

So far, that hasn’t seemed to be enough, especially after the loss of Slater for the year with a biceps injury in Week 3. Though quarterback Justin Herbert doesn’t technically rank highly in pressure percentage, sacks, or low pocket time, a lot of that has to do with how quick of a processor he is. According to ESPN, the Chargers rank 22nd in the league in pass block win rate, winning 56% of pass-blocking reps.

Pass blocking has been less of a concern than run blocking for Los Angeles. Running back Austin Ekeler has been good in general this year, but the lack of a good push from his offensive line up front is still holding him back a bit as a rusher. Over his last two weeks, Ekeler rushed for fewer than three yards per carry, largely because the offensive line was losing at the point of attack. ESPN’s run block win rate numbers have the Chargers at dead last in the NFL, winning fewer than two-thirds of their run-blocking snaps. Without a good run game, the Chargers had a hard time against the Denver Broncos and Seattle Seahawks, two teams with good passing defenses, over the last two weeks.

These college offensive line prospects are some of the guys the Chargers should be keeping an eye on ahead of the 2023 NFL Draft.

With Johnson Jr., Los Angeles would get an explosive athlete with incredible mobility and an athletic build and someone with tons of range as a run blocker. They also get a guy with experience at a couple of different positions, so if Slater isn’t available immediately or needs time to bounce back, Johnson could slide in at left tackle. If Zion Johnson gets banged up, Paris Johnson Jr. could kick inside to right guard. In addition, Johnson Jr. would bring his noted leadership skills to a Chargers offensive line that has seemed a bit lost at certain points this year.

Darnell Wright is also currently the left tackle for his college team, but he does have two years of experience at right tackle as well. At 6-foot-6 and 335 pounds, Wright has plenty of size and all of the power generation you would expect to come with it. His hand power and grip strength allow him to initially stun defenders then create a push up front with all of the functional strength and mass behind it. Also unsurprisingly, Wright’s size means he has a great anchor in pass protection, meaning opposing pass rushers will have a hard time trying to use power alone to get through him with a bull rush.

Wright still has some things he needs to work on as both a pass and run blocker, which makes him more likely to be a day-two pick if the Chargers invest in their roster elsewhere in the first round.

Carter Warren, like the other two players on this list, is primarily a left tackle for his team but has experience playing on the right side as well thanks to Pitt’s use of unbalanced looks. Warren has especially excelled as a pass blocker for Pitt in his three years as the team’s left tackle with good mobility and length. That said, his work in the run game could use some improvement, particularly if he’s able to get stronger at the next level.

He doesn’t quite have the functional strength that some other tackle prospects have, but he does have high potential with his hand fits and mobility should he add some strength at the next level. It’s also worth noting that he doesn’t come from a top college football program and likely has had fewer resources to add on some needed core or lower-body strength than other tackle prospects. Once he gets to the NFL level, he’ll have more of an opportunity to get stronger and really reach his full potential as a run blocker. For now, he projects as a day-two pick as well.