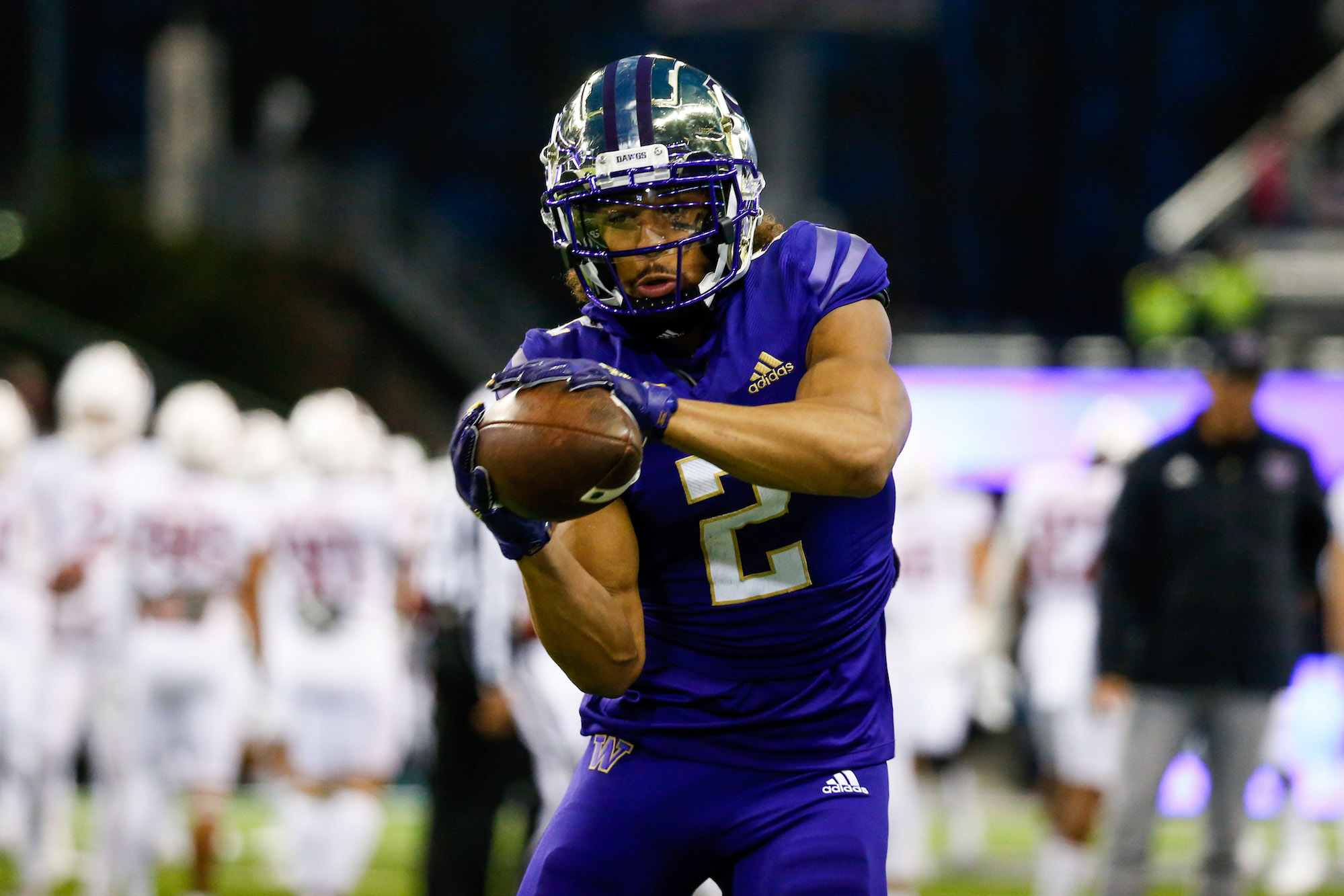 Will Kyler Gordon go in Round 1?

The NFL recently released a list highlighting the 21 prospects that will attend the 2022 NFL Draft in Las Vegas in person on April 28 and all throughout the weekend. The most surprising player scheduled to travel to Vegas based on pre-draft hype is Washington cornerback Kyler Gordon.

These are the 21 prospects being invited to the 2022 #NFLDraft: pic.twitter.com/UyceZHk5aj

Analyzing which prospects decide to attend the life-changing event in person can sometimes help analysts forecast a surprise first-round selection or two that was previously viewed as unforeseen. Several high-end prospects will be present, including Michigan’s Aidan Hutchinson, Alabama’s Evan Neal, Notre Dame’s Kyle Hamilton, and Liberty’s Malik Willis, to name a few.

Gordon’s decision to attend the draft signals a strong indication regarding his first-round prospects. Predictably so, national reports are beginning to trend in that direction, too. It shouldn’t qualify as a shocking development for those who had the pleasure of scouting Gordon throughout the process.

Gordon is a first-round cornerback on tape. I still recall the first time I began studying Washington’s 2021 defense in-depth throughout the fall. Much of the focus at that point in time was centered around Gordon’s partner in the secondary, cornerback Trent McDuffie, and understandably so. McDuffie is a terrific cornerback prospect in his own right and deserves the first-round buzz he continues to garner throughout the process.

I was, at the time, admittedly confused about why Gordon’s abilities weren’t generating similar conversations regarding his long-term outlook. On film, Gordon is an excellent athlete that appeared to be a natural on the boundary while helping the Huskies field a productive defense. He plays the game with the desired foot quickness, agility, and flexible movements in coverage. Gordon routinely showcased his ability to flip his hips and run with athletic receivers down the field. In the run game, Gordon approaches the backfield with an aggressive and motivated mindset. He loves to tackle and willingly embraces the physical aspects of football.

Gordon’s athletic traits were well on display throughout his pro day and NFL Scouting Combine performances. The 6-foot, 200-pound Gordon posted elite results in the three-cone (6.67), vertical jump (39.5 inches), and short shuttle (3.96) while running a respectable time (4.52) in the 40-yard dash given his imposing size and stature. Gordon’s play strength on tape also matched his ability to total an impressive 20 reps on the bench press at 225 pounds.

Ball production can often serve as another indicator regarding a player’s future prospects and draft positioning, seeing that teams value the ability to take the ball away. Gordon took significant steps forward in this area in 2021 by recording a career-high seven pass breakups and two interceptions. Gordon’s arm length (31 inches) and hand size (9.25 inches) should help him continue to disrupt the catch point at the professional level.

The wide receiver market exploded this offseason. Davante Adams, Christian Kirk, and Tyreek Hill received historical deals from new franchises that are paying a premium in hopes of addressing their pass-catching question marks. Their defensive counterparts shouldn’t trail too far behind. On Monday, the Cleveland Browns signed cornerback Denzel Ward to a five-year extension worth $100.5 million. Earlier this offseason, Miami Dolphins cover-man Xavien Howard signed a five-year contract with $50.691 million in new money that averages $19 million annually. All this to say high-level cornerbacks are in extremely high demand in today’s pass-happy league.

Don’t sleep on Gordon’s chances of being drafted in the first round. All signs point in that direction.