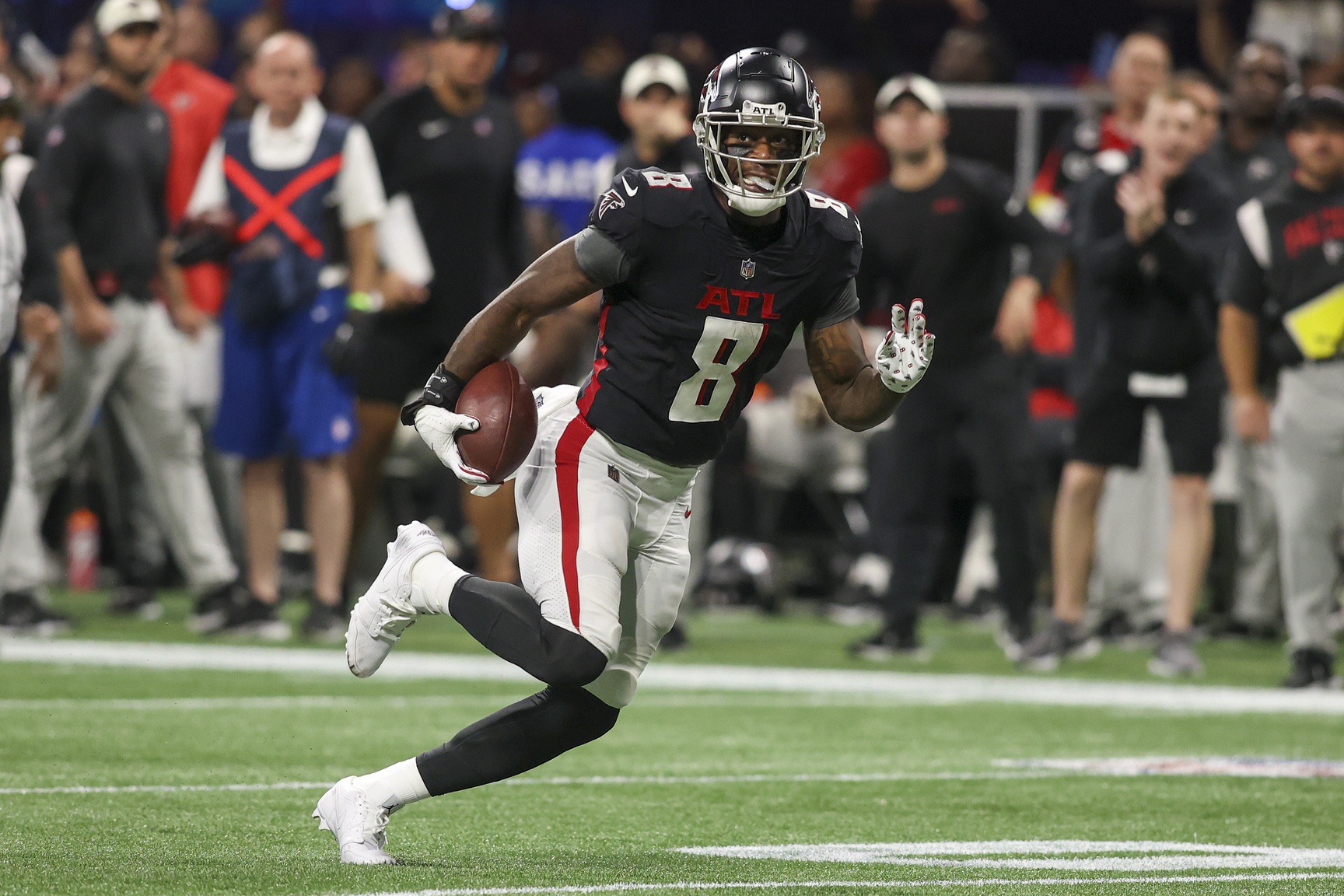 Is Kyle Pitts Back?

After a disappointing start to the season, Falcons tight end Kyle Pitts finally showed signs of life in Atlanta’s overtime win against the Carolina Panthers—Pitts put together a five-catch, 80-yard, one-touchdown performance. However, the question moving forward is if Pitts can be expected to sustain similar production on a week-to-week basis.

Pitts entered his second season in Atlanta with sky-high expectations for statistical production. Halfway through the season, he hasn’t delivered. Thus far, Pitts has only two games with 80 or more receiving yards and only two games with more than three receptions. He has been held to three receptions and 25 or fewer yards in five of the seven games he’s played in. This amounts to a disappointing total of 21 receptions, 258 yards, and two touchdowns for Pitts on the season.

Pitts’ statistical inconsistency is surprising for a player of his physical gifts and his status as the co-alpha dog in the Falcons’ receiving group, along with Drake London. Coming out of the 2021 NFL Draft, scouts considered Pitts one of the greatest tight end prospects of all time based purely on his tape, and he had the physical metrics to back it up. Pitts scored in the 98th percentile for tight ends in the 40-yard dash, in the 97th percentile for tight ends in the broad jump, and his 20 and 10-yard splits were in the 95th and 92nd percentile, respectively, per MockDraftable’s database. Pitts was the very definition of a generational tight end prospect.

While Pitts hasn’t delivered on the expectations many had for him in terms of raw numbers, his underlying metrics and Atlanta’s methodology on offense provide hope for him in terms of his future. Pitts ranks first among all tight ends in targets per route run at 33.3%. In layman’s terms, Pitts is being targeted often when he runs routes. In addition to this, Pitts has seen 26.7% of his team’s targets, good for second among all tight ends.

Even the quality of Pitts’ targets is good. He ranks second among tight ends in deep targets, third in average depth of target, and fourth in air yards (total distance traveled by all intended targets). However, when considering the catchability of his targets, Pitts’ target quality drops to 25th among players at the position. This illuminates a key factor that has hurt Pitts’ production this season, and one that has heavily influenced Atlanta’s offensive approach: quarterback play.

The reason Pitts’ high and efficient usage has not translated to high volume stats is Atlanta’s reticence to throw the football. The Falcons throw the ball an average of 22.3 times per game, ranking 31st in the NFL. This has led to Pitts being targeted only 39 times, good for only 14th among tight ends. Until Atlanta shifts its philosophy to a more pass-heavy one, Pitts will not see the high volume stats expected of a player with his high draft pedigree and sheer talent.

The Falcons are not currently incentivized to change their offensive approach to maximize Pitts’ production. They currently sit atop the NFC South at 4-4, exceeding every expectation coming into the regular season. To add to this, they rank ninth in offensive DVOA, a remarkable number for a team starting Marcus Mariota at quarterback and bereft of talent on offense outside of Pitts and London. Arthur Smith’s current offensive approach is not fantasy football friendly, but it has worked.

If the Falcons keep using Pitts like they are currently using him in future years, the statistical production will come. It will probably not come with Marcus Mariota at quarterback, while they average the second least pass attempts per game in the NFL. When the Falcons get their quarterback of the future, be it in the draft, via trade, or by promoting Desmond Ridder, and surround said quarterback with more pieces on the offensive line, they will likely throw more. At this point, we can expect a true Pitts breakout.

This past week’s game was a nice blip on the radar for Pitts. It was a reminder of what a player of his immense talent can do when featured in an offense that throws at relatively high volumes. However, as long as the Falcons keep playing 2022 Falcons football, don’t expect it to continue.