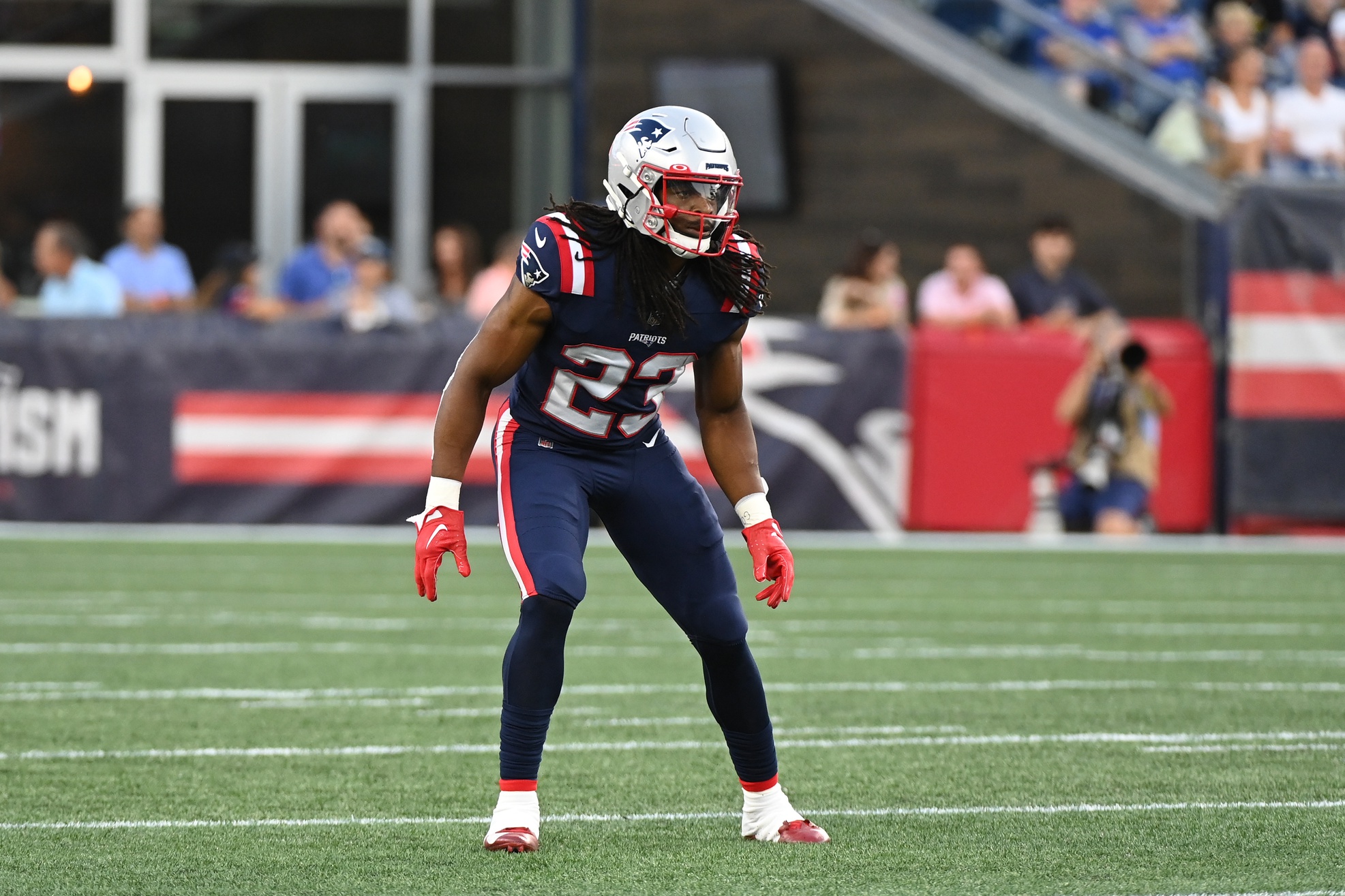 Why Kyle Dugger Is An Integral Piece Of Patriots’ Defense

The New England Patriots’ defense has seen a talent drain in their secondary in recent years. Key cogs from the team’s 2018 championship secondary Stephon Gilmore, J.C. Jackson, Patrick Chung, and Jason McCourty have moved on from the team since 2021. This has left only Devin McCourty and Jonathan Jones as key contributors on the back end from New England’s defensive heyday, opening the door for new players to emerge to keep the team’s defensive strength, a strength. Arguably no player has done so more than safety Kyle Dugger.

Dugger’s role within New England’s defense most closely resembles one of the aforementioned departed Patriots, Chung, in its malleability. During New England’s heyday, Chung may have been tasked with erasing a tight end one week, a slot receiver the next, playing a pseudo linebacker role the next, and playing as a de-facto edge defender in Super Bowl LIII. Chung was Belichick’s queen on the chess board, a do-everything player who could bring the thump with as much proficiency as he could stick with almost any tight end in football in man coverage.

Now, Dugger has become Belichick’s new Chung. Dugger has been deployed as everything from a pseudo linebacker role on early downs, to a tight end eraser (along with fellow safety Adrian Phillips) to a sort of outside corner hybrid as New England deployed a traditional 4-3 defense with three safeties as a base defense to attempt to stifle Cleveland’s run game in Week 6.

The results have been superb. Dugger has 13 tackles, 1 interception, 2 passes defended, and 1 fumble returned for a touchdown over New England’s past two games.

Dugger’s performance in recent weeks is not an aberration; it is a continuation of a trend since he entered the league as a second-round pick out of Lenoir-Rhyne in 2020. This year, however, he has taken it to another level, which, when coupled with his elite athletic profile (among Dugger’s most favorable comparables on MockDraftable are Eric Berry and Derwin James) should be enough to make us wonder about Dugger’s ultimate ceiling. Could this eventually be an All-Pro-caliber player?

The Patriots would surely love for Dugger’s development to coalesce into him becoming a small school version of James or Berry, with the Pro Bowl and, better yet, All-Pro selections to boot. However, Dugger’s true importance to New England’s defense comes as a transitional piece, a bridge from the Devin McCourty-Dont’a Hightower Era to the next era of the Patriots’ defense. The Patriots have already transitioned away from Hightower, and McCourty (35) will likely soon follow. In their wake is a roster with little in the way of established homegrown defensive leadership and high-quality players.

The hope is that Dugger can fill that leadership void, ushering in a new era for the Patriots’ defense (from The Bruschi Era to The McCourty Era to… The Dugger Era?). Dugger’s performance, coupled with his grit (a D-II player becoming this in the NFL) and attitude make him the perfect torch-bearer for this Patriots defense, leading the likes of Jack Jones, Christian Barmore, Marcus Jones, and even veterans such as Matthew Judon and Davon Godchaux in the next era of Patriots football.

On the face of it, Dugger’s selection in the 2020 NFL Draft was a risky one. Belichick’s five most recent second-round picks spent on the secondary before Dugger were: Tavon Wilson (2012), Jordan Richards (2015), Cyrus Jones (2016), Duke Dawson (2018), and Joejuan Williams (2019). All of these picks were unmitigated disasters. In 2020, Belichick, needing a strong draft after a drafting dry spell had left the team starved for homegrown talent, took yet another defensive back in Dugger. The risks were obvious, from age (24 at the time he was drafted) to level of competition (Dugger played at Division II Lenoir-Rhyne). However, so was the upside, after a dazzling performance against NFL-level competition at the Senior Bowl and stellar athletic testing.

Fortunately for the Patriots, the upside case has panned out. Dugger appears to be well on track to becoming one of the defense’s leaders and potentially one of the NFL’s better safeties in short order.