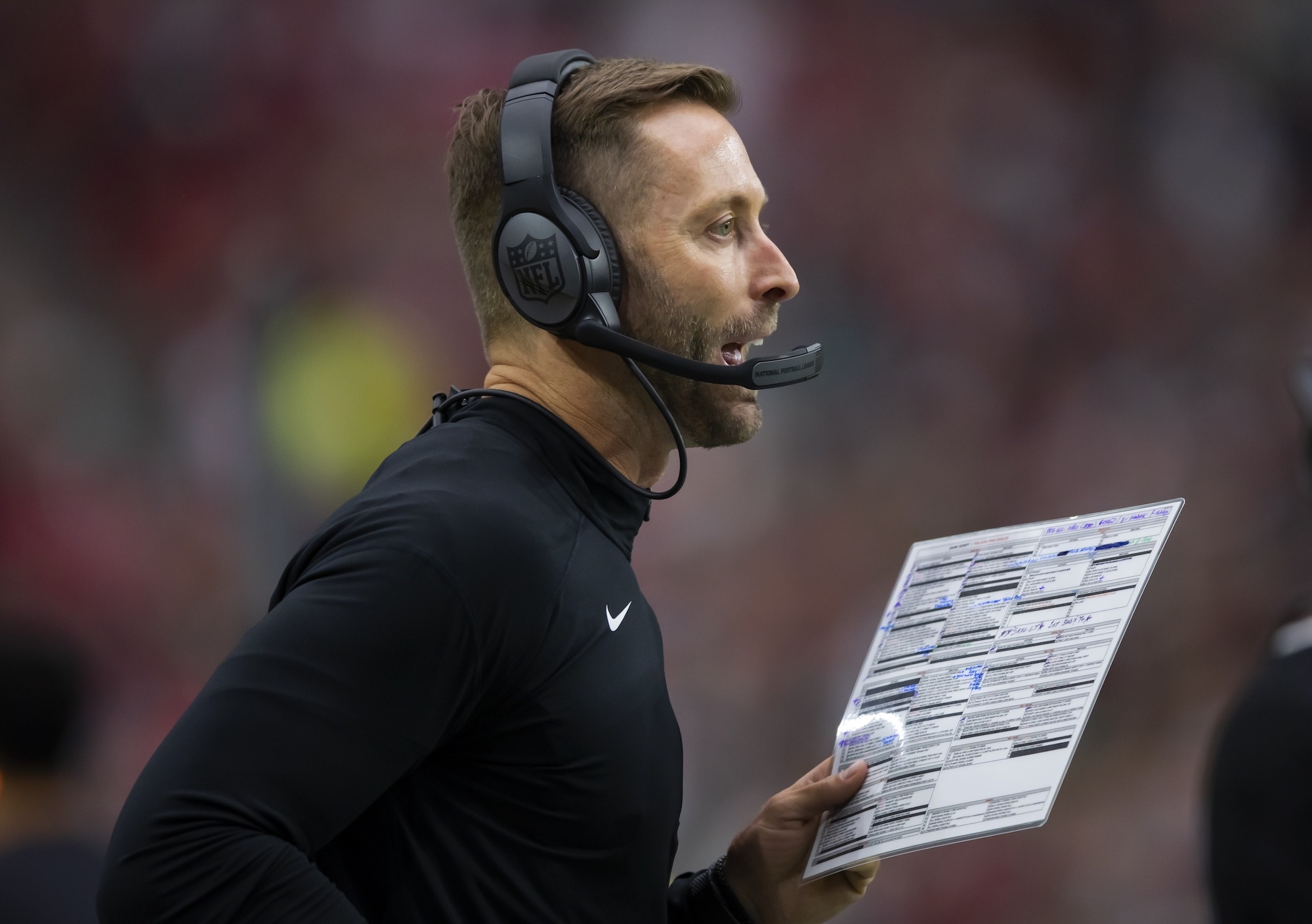 Should Kliff Kingsbury Give Up Play-Calling?

To his credit, Kingsbury is surprisingly considering a change.

“I’m open to anything that helps us win and score more points,” Kingsbury said when asked about giving up play-calling. “We’re going to see where everything goes, but yeah, whatever it takes to win,” Kingsbury concluded.

Even Kingsbury can’t deny Arizona’s offensive struggles. The Cardinals’ offense has played with a lead on just 10 of their 426 offensive plays this season. That 2% rate is easily the lowest in the NFL, per ESPN Stats & Info. That’s a newfound level of dysfunction. The Cardinals require a fundamental change.

Arizona’s nine points were tied for the second-fewest during the Kingsbury era. The Cardinals haven’t managed to score 30-plus points in a single showing this season. Kingsbury’s offense has surpassed the 400-yard mark on just one occasion. Arizona’s offense is suffering through its most difficult period.

Handing over play-calling duties isn’t as straightforward as it sounds, however. The Cardinals possess a youthful coaching staff and their inexperience may prevent Kingsbury from actually making a change at play-caller. Kingsbury’s offensive staff doesn’t have a single coach with NFL play-calling experience. None of Kingsbury’s assistants have served as an offensive coordinator either. Kingsbury doesn’t employ a traditional offensive coordinator, and his two passing-game coordinators (Spencer Whipple and Cameron Turner) have a history as position coaches prior to Arizona.

Run game coordinator and offensive line coach Sean Kugler may be the most qualified candidate, but even he isn’t a home run. Kugler is an offensive-minded coach that at least has collegiate head coaching experience under his belt. Kugler coached UTEP for the better part of five seasons (2013-17). Kugler’s coaching experience in the NFL has been limited to tight end and offensive line position roles, though. Kingsbury may not give up play-calling after all, because he’s conveniently surrounded himself with assistants with zero experience in that department.

It’s worth noting help is on the way. Superstar receiver DeAndre Hopkins will return to Arizona’s lineup this Thursday against the New Orleans Saints after serving a six-game suspension for violating the league’s NFL Performance Enhancing Drug policy. In 10 regular-season contests with Hopkins last season, the Cardinals compiled a league-dominating record of 8-2 and averaged 30.2 points per contest. That number dipped to 21.0 without Hopkins last season (he missed seven games with injury), and has dropped to the aforementioned 19.0 this year. Perhaps Hopkins’ return is the lone dose of medicine Arizona’s offense requires.

The Cardinals also traded for Carolina Panthers wide receiver Robbie Anderson on Monday. With Hopkins and Anderson presumably in the lineup, Arizona will be debuting a new-look passing attack on Thursday. It’s not all good news, however. Team-leading receiver Marquise “Hollywood” Brown suffered a serious foot injury in Sunday’s loss to the Seahawks. Brown is still undergoing tests, but a season-ending prognosis is within the realm of possibility.

Kingsbury could learn a thing or two from New York Giants head coach Brian Daboll. An offensive-minded leader very much in the mold of Kingsbury, Daboll went against precedent by declining an opportunity to call offensive plays for his Giants. Daboll hired a quality offensive coordinator in Mike Kafka instead. The 5-1 Giants are the league’s most heartwarming storyline while the Cardinals continue to disappoint.

Kingsbury’s Cardinals entered the 2022 campaign in do-or-die territory. Adding Hopkins and Anderson offers a glimmer of hope, but Arizona’s offense needs to be significantly more productive down the stretch if they hope to salvage their season. Kingsbury may only forfeit play-calling rights when he’s no longer the head coach of the Cardinals.