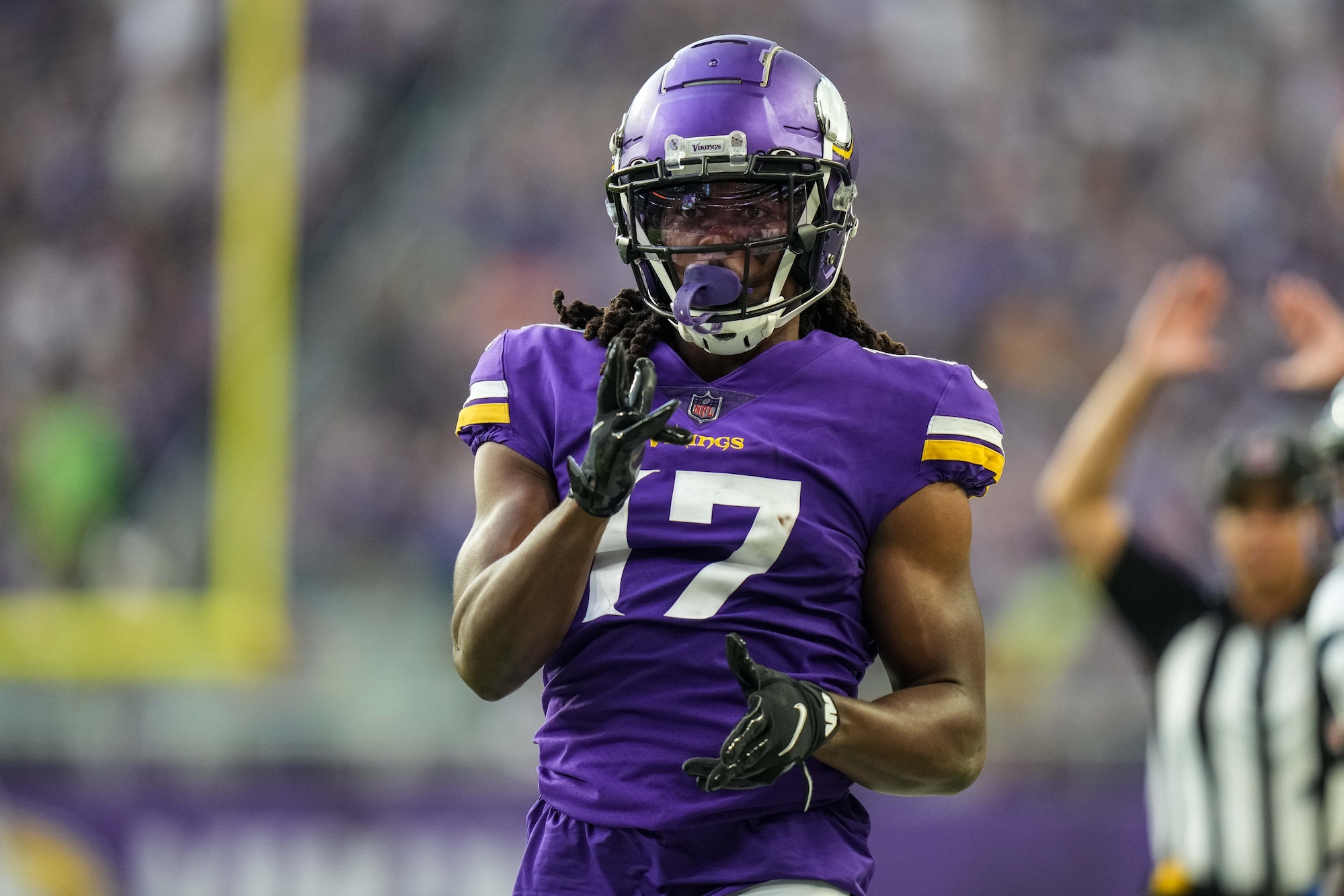 While the attention in Minnesota often spotlights Justin Jefferson, Dalvin Cook, and Adam Thielen, as he enters year three within a high-octane Vikings offense, wide receiver KJ Osborn has plans for a massive breakout campaign in 2022.

A fifth-rounder in 2020, Osborn’s career enjoyed a bumpy start. Despite appearing in nine games in his rookie season, he was primarily a contributor on special teams as a punt returner and failed to record a single snap on offense working in tandem with Kirk Cousins. A talent molded similarly to that of Jefferson and second-year wideout Ihmir Smith-Marsette, two wiry, long pass-catchers with gliding speed, as Thielen nears the ripe age of 32, targets are to be had on the outside this fall. Osborn has proven he possesses all the traits necessary to not just compete, but succeed in waves opposite of the All-World wideout in Jefferson.

You could argue 2021 was a breakout season of sorts for the former University of Miami standout. A five-catch, 91-yard performance in Week 2 against the Arizona Cardinals set the stage for a season in which Osborn amassed 50 catches (82 targets) for 655 yards and seven touchdowns. While Thielen has proven to be Cousins’ go-to target since he arrived from Washington in 2018—totaling 404 targets in four seasons together—the long-tenured Minnesota wideout recorded just one game eclipsing the century mark in receiving yards last and was unavailable in four of the final five games last season. It’s not to say he’s running out of juice at his aforementioned age—he surely has plenty get up and go left in the reserve tank—but with the presence of Osborn who is expected to work into an even larger target share this year, there could be a changing of the guard sooner rather than later on the Vikings’ wideout totem pole below Jefferson.

A primary threat out of the slot, Cousins’ passer rating soared to 147.4 when targeting Osborn, the highest in football. A skill set that has blossomed since his first season in which he was used as a punt returner and nothing more, a look back to Osborn’s first offseason in the NFL showcased a player willing to keep his head down in refining the art of the wide receiver position. Partnering with Jefferson and New Orleans Saints wideout Jarvis Landry on refining his skill set as a perimeter threat, Osborn also trained off the field in Florida working with three different training groups that honed in on “various areas of focus from strength and conditioning to receiver-specific drills.” Those drills fueled his standout sophomore season, and with similar plans scheduled this summer, Osborn’s work away from the spotlight has carved a path for an even more productive third campaign.

A roster with expectations to challenge for an NFC North crown once again this fall, Osborn’s continued progression could provide the stepping stool Minnesota needs after finishing second in the north in three of the last four seasons. With Jefferson, Cook, and Thielen drawing attention early, Osborn should enjoy a healthy amount of advantageous matchups before defenses catch up. A glider out of the slot who will only continue to improve with an increase in targets, 2022 could be the fuse for Osborn’s career to skyrocket him into a substantial role within the Vikings’ aerial attack.