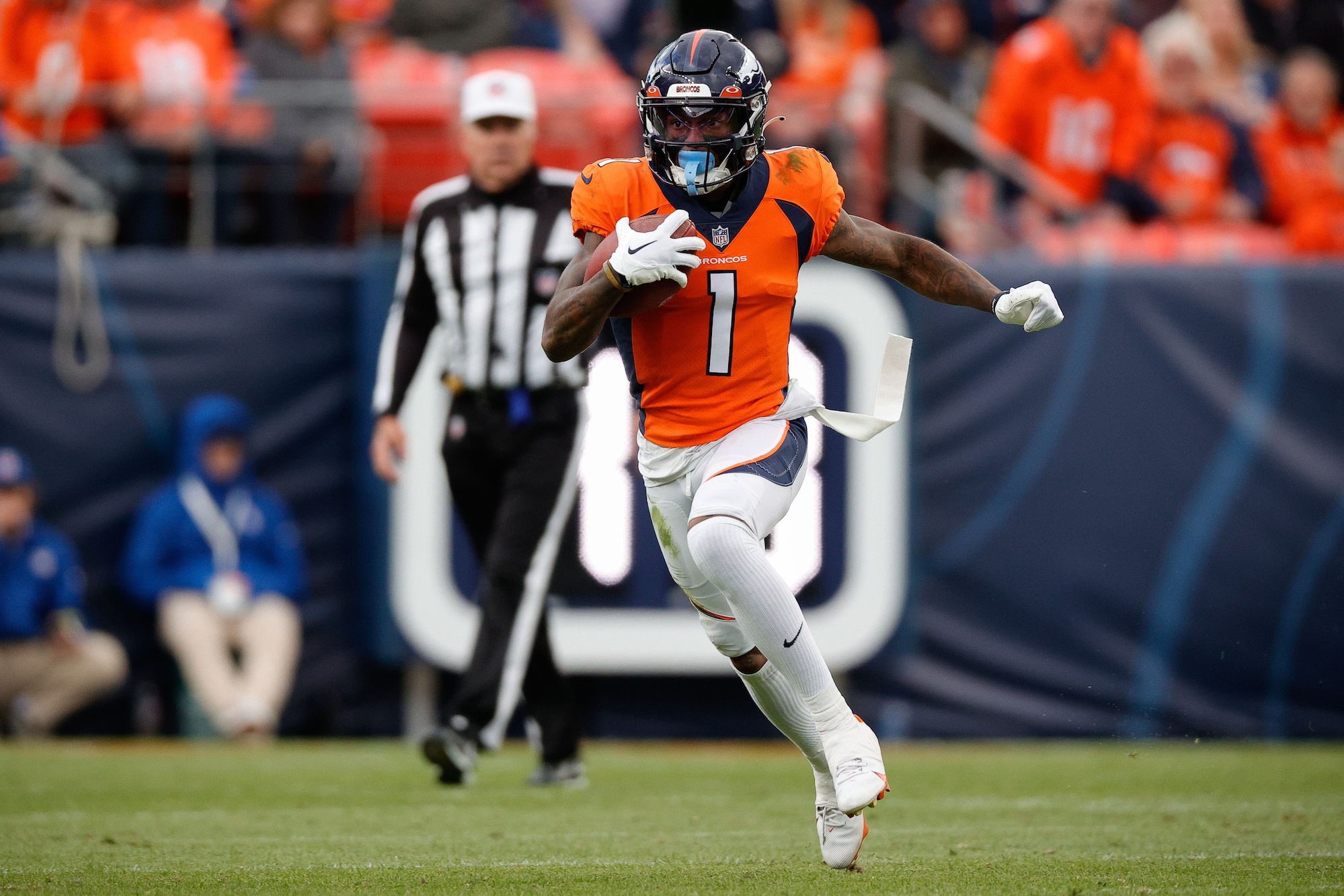 3 Teams That Should Trade For KJ Hamler

The Denver Broncos have received multiple trade inquiries regarding the availability of wide receiver KJ Hamler, according to reports. The disappointing 2-5 Broncos are expected to be sellers at the NFL trade deadline (Nov. 1).

Hamler is viewed as an attractive asset around the league. The No. 46 overall selection in the 2020 NFL Draft, Hamler remains on an affordable, cost-controlled rookie contract through the 2023 campaign. Hamler is under contract for next season at a base salary of $1.5 million, per Spotrac.

The 4-2 Titans have rounded off four consecutive victories and sit comfortably atop the AFC South. Mike Vrabel’s Titans appear postseason bound despite a concerning lack of depth and playmaking ability at the wide receiver position. Tennessee won’t be aggressive buyers, but Hamler may be available for a late-day-three draft selection. Titans general manager Jon Robinson has routinely parted with that sort of capital in exchange for proven NFL talent.

Hamler would immediately play the slot position in Tennessee. Rookie receiver Kyle Philips was intended for that position but is now on IR. Philips has struggled to stay healthy throughout his rookie campaign while battling both shoulder and hamstring injuries. Fellow rookie receiver Treylon Burks is also on IR.

Hamler could help Tennessee’s passing offense stretch the field. Second-year receiver Racey McMath was expected to offer the Titans take-the-top-off ability this season, but you guessed it, McMath is also on IR. The Titans have four active receivers on their 53-man roster right now and are averaging a 29th-ranked 165.5 passing yards per contest.

The Packers have a clear need for a difference-making pass-catcher at the deadline. The Packers are essentially linked to every receiver that’s rumored to be available via trade. General manager Brian Gutekunst is expected to execute a deal by Tuesday’s deadline.

Aaron Rodgers sent a clear message to the Packers’ front-office brass by publicly proclaiming that he expects them to be buyers at the deadline. Additional reports indicate Gutekunst is hoping to acquire a receiver that remains on a rookie contract due to the Packers’ salary-cap-related difficulties. Hamler fits that criteria.

The Packers should probably aim slightly higher than Hamler given their dire lack of playmaking weapons. Fellow Broncos receiver Jerry Jeudy may also be available. Hamler represents a decent fallback option if the Packers aren’t willing to pay a premium.

The Falcons are playing for sole possession of the NFC South on Sunday. The Falcons will momentarily position themselves for a playoff spot should they defeat the Carolina Panthers. The ineptness of the Tampa Bay Buccaneers and New Orleans Saints may urge Falcons general manager Terry Fontenot to explore the trade market and capitalize on their current form.

The Falcons own the league’s 31st-ranked passing offense. Starting quarterback Marcus Mariota is producing just 151.1 passing yards per contest. Secondary pass-catching depth behind Drake London and Kyle Pitts has been an issue.

Head coach Arthur Smith has always held an appreciation for starting-caliber slot receivers. If the Falcons plan to eventually hand the keys to their offense to rookie quarterback Desmond Ridder, surrounding the former Cincinnati signal-caller with more weapons would be an advantageous strategy. Hamler could help the Falcons round out an intriguing pass-catching trio.