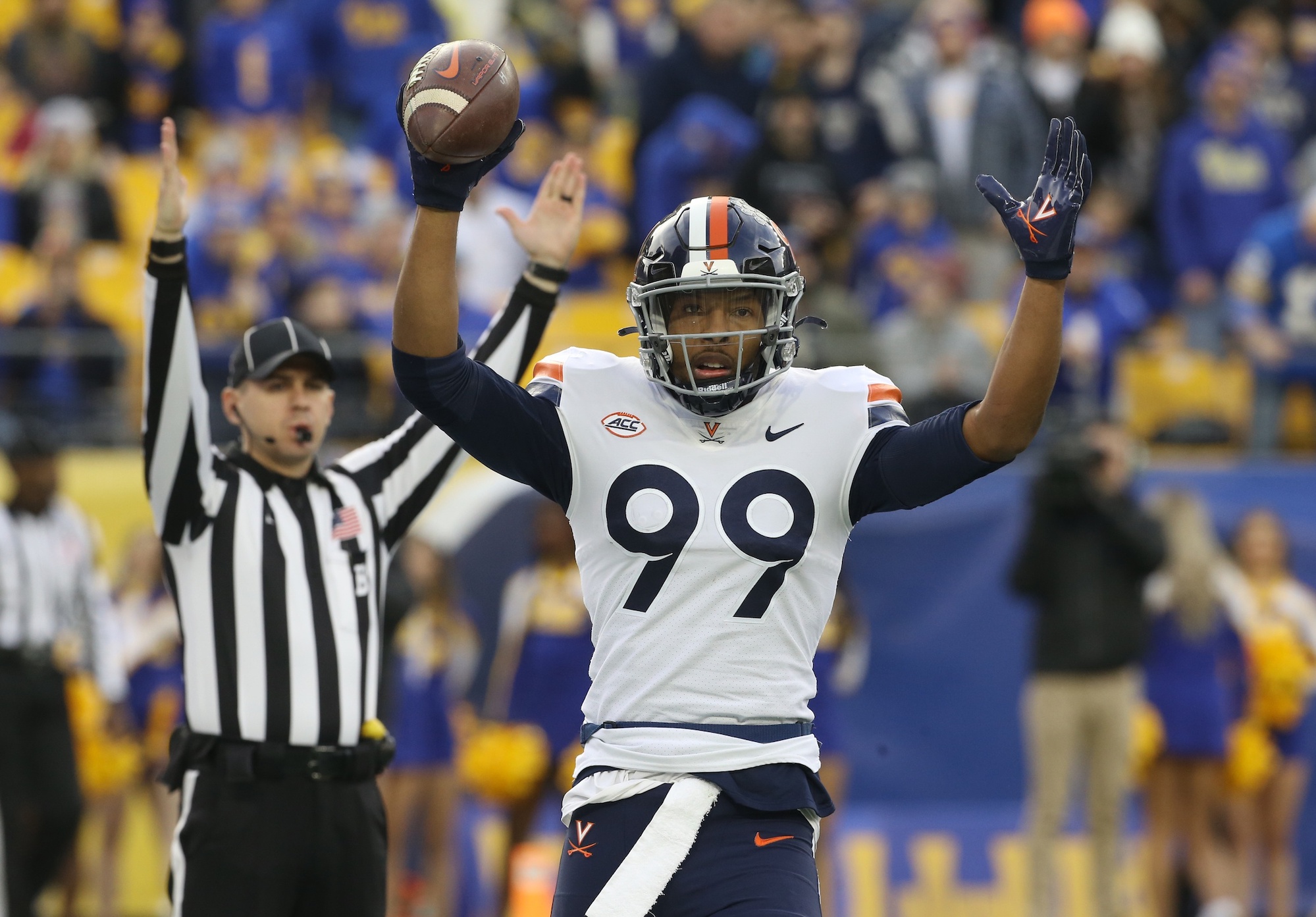 For quarterback turned tight end, turned wide receiver, turned Swiss army knife Keytaon Thompson, his path has become an annual constant for playmakers across the football landscape. A former standout signal-caller that once called the pocket home, his evolution into one of the country’s premier pass-catching options has introduced a unique prospect to become familiar with as we approach the 2022 college football campaign.

A trend seen often for signal-callers that simply don’t cut it anymore under center, the transition from leading an offense to becoming a pass-catcher tasked with creating separation on the outside has seen many reap the rewards of the positional change. For Thompson, he could be next in line behind the likes of former Virginia Tech quarterback and now Washington Commanders tight end Logan Thomas, former Buffalo dual-threat talent Tyree Jackson—who made the switch for the Philadelphia Eagles—or Jeff Driskel, a longtime backup on Sundays that transitioned to tight end for the Texans last fall. While Thomas has represented the poster child of the group progressing into one of football’s most dynamic flex talents, Thompson’s skill set eerily emulates that of a Virginia Cavalier that called Charlottesville home just last fall.

A smooth, fluid-moving athlete, Thompson and Indianapolis Colts 2022 third-round selection Jelani Woods—who played quarterback in high school—gave opposing coordinators fits throughout the 2021 season. While Thompson is diminutive at 6-foot-4 compared to the NBA-like size of Woods at a staggering 6-foot-7, what makes the soon-to-be 24-year-old talent from New Orleans so unique, and why scouts will flood to UVA again this fall, is his rapid progression in becoming one of the ACC’s most dominant aerial targets in just limited work on the outside. While scouts currently have concerns with his age and ensuing longevity concerns, his 1,237 yards from scrimmage in 2021 showcased one of the most versatile athletes in the country who could just now be scratching the surface of his potential.

With snaps coming at tight end, wideout, in the slot, out at ‘X’, and under center last year for the Cavaliers, Thompson’s progression into one of the country’s preeminent offensive chess pieces could coincidentally see his name skyrocket on league-wide draft boards. Versatility remains king at the NFL level, and while many enter the league as a jack of all trades and a master of none, Thompson’s ability as a powerful yet decisive and agile runner and sure-handed target with enticing YAC ability—a must at the next level—could ultimately present the ball of clay scouts desire within an overwhelmingly pass-happy NFL.

Working in tandem with southpaw Brennan Armstrong this fall, it won’t take long for Thompson to assert himself as a player that will only continue to blossom with every touch he receives. After nearly eclipsing the 1,000-yard plateau last fall, his workload and target share will only escalate moving into his final season of eligibility.

Prospects in Jordan Addison, Jaxon Smith-Njigba, and Kayshon Boutte will garner headlines throughout the season, but if you’re looking to hitch your wagon to a player that could also quickly become household tongue by the time April rolls around, look no further than Keytaon Thompson, a high-impact talent that holsters zero limitations as a premier offensive weapon.