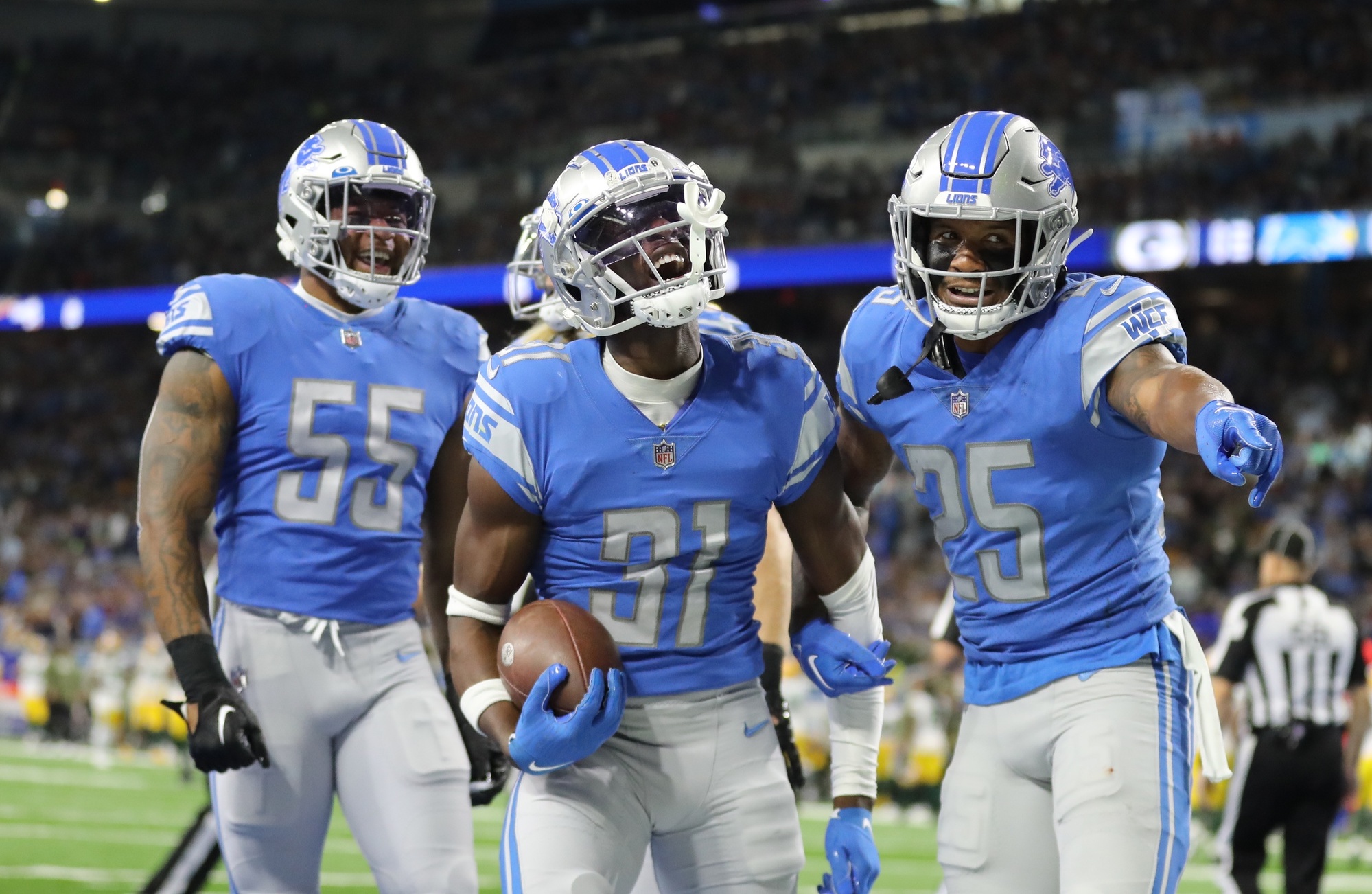 The prevailing narrative entering the Detroit Lions’ Sunday afternoon matchup with the Green Bay Packers was that it would be a good opportunity for a bounce-back for Rodgers. The Lions were allowing the most total offensive yards and points per game of any NFL team through eight weeks of the season. Sunday’s game was supposed to be a good opportunity for the Packers to feast on a “bad defense.”

Joseph had something to say about that.

After taking special teams reps exclusively for the first three weeks of the season, Joseph stepped up as a starting safety after captain Tracy Walker went down with an injury in Week 3. Just a few weeks later, Joseph made himself known with a big game against the Dallas Cowboys in Dallas with a near-interception, forced fumble and a quarterback hit. He followed that up with another physical tackle forcing a fumble in Week 8 against the Miami Dolphins. But all of that was just a small taste of what he brings to the table as a young, physical safety with excellent ball skills.

If Joseph’s games against the Cowboys and Dolphins were a small taste, his performance against the Packers on Sunday was the full course meal. The Lions’ third-round rookie was making plays all over the field before his day was cut short by a concussion. But everything he was doing in coverage before that was a great show of his abilities as a safety, and he won’t be giving the starting job back easily.

Joseph made his impact felt nearly immediately, flying around the field and tallying four combined tackles on the Packers’ first offensive drive of the day before capping it off with a red zone interception to end Green Bay’s scoring hopes. The first interception wasn’t a perfect display of Joseph’s skill set. It came on a pass that was tipped at the line of scrimmage and no Packers receiver knew where the ball was, but Joseph did give a glimpse of his high-point ball skills that would come into play later.

Deflected and PICKED in the end zone! @Lions

The rookie didn’t stop balling out after the first defensive drive. Joseph had at least one tackle in each one of the Packers’ ensuing offensive possessions before having his two biggest moments of the game on nearly back-to-back defensive plays.

The moment that Joseph went from “a solid rookie playmaker” to “special” came early in the third quarter. With the Packers still scoreless and facing a 3rd-and-long near midfield, Rodgers decided to target rookie receiver Samori Toure on a deep shot to the end zone. With a clean pocket that was totally void of any pressure, the veteran quarterback stepped up and heaved the ball nearly 50 yards in the air downfield.

For a moment, it looked like a good pass—if not slightly underthrown—with two Lions defenders a step behind Toure, who could have waltzed into the end zone after making the catch. Instead, the slight lack of juice on the pass gave Joseph the opportunity to make a play on the ball. He timed his leap perfectly, throwing his body both vertically and more than four yards horizontally to bat the ball away. Joseph started the play on the line of scrimmage yet made it nearly 40 yards downfield to make the play. The Packers were forced to punt the ball away.

One Lions offensive possession later, Green Bay was just outside of the red zone again thanks to a Jared Goff interception. But once again, Joseph wasn’t going to let Rodgers and the Packers score easily. Playing as one of the deep safeties in a two-high look, Joseph had to drop back inside the 5-yard line with tight end Robert Tonyan running a deep skinny post up the middle. Joseph did a good job to keep Tonyan in front of him until right after the pass was thrown. He immediately used his explosiveness to get a good break on the ball, leaping in front of Tonyan and snatching it away from the Packers two plays into their offensive possession.

THE ROOKIE. Kerby Joseph has his second INT today! @JKERB25

That is a really difficult play to make as a young safety against a bigger-bodied tight end in that part of the field. Joseph didn’t seem shaken up by that at all, making a fantastic play on the ball as an explosive athlete that had trust in the elite ball skills he’s shown off since college.

Joseph is starting to establish himself as a truly special young player in the Lions’ defense, taking the opportunity to step up as a starter and running with it. Detroit and its fans have a reason to be more optimistic about their defense’s future with guys like Joseph commanding their defensive secondary as fellow rookies—edge rusher Aidan Hutchinson and linebacker Malcolm Rodriguez—take charge in the front seven.