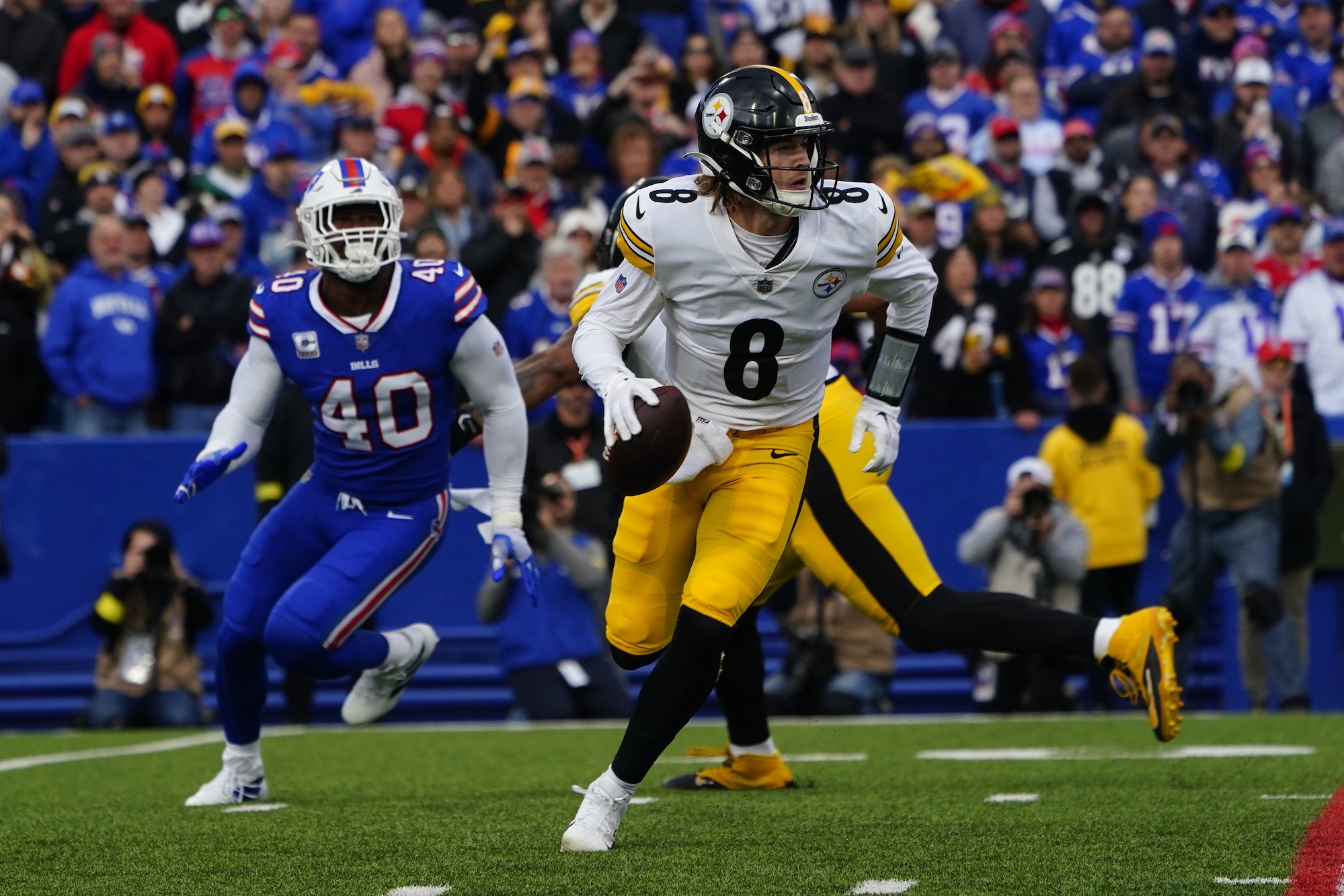 There’s light at the end of the tunnel for the Pittsburgh Steelers. While his 327-yard performance was all for naught on Sunday, quarterback Kenny Pickett is a confident, tough-as-nails talent that looks to have all the moxie in the world as an above-average signal-caller down the line. Just don’t focus too much of your attention on the win-loss column this year.

In what was the Steelers’ fourth straight loss, a 38-3 drubbing by the Buffalo Bills was by all means expected as the rookie headed into Orchard Park for his first NFL start. But the first-round quarterback’s last two appearances have raised a banner of optimism moving forward for the 1-4 Steelers. The results aren’t there yet, no, and if you’re simply a box score scout you’d think he’s been abysmal. However, the tea leaves have been apparent and Pickett can play.

What’s impressed the most, however, isn’t his confidence amongst chaos, accuracy into tight windows, or willingness to create off-script, but his overall toughness within the hashes. In a league that often tests rookies early to see if they truly belong or not, Pickett hasn’t been shy about standing up for himself when he feels necessary.

Kenny Pickett is out there showing more fight then all the Steelers showed all game! #Steelers #NFL pic.twitter.com/MFeLpfvrzO

The quarterback position is often looked at as a primadonna spot of the sport where talents are labeled “soft” and often shy away from the physical nature of the NFL game. Days like today should loom large in the mind of head coach Mike Tomlin and a veteran-laden locker room—it’s what Pickett showed during his time as a Pitt Panther. While a lot has gone wrong for Tomlin’s unit early this fall, Pickett has led by example for a roster that’s quickly seeing its playoff window shut on its fingers.

What’s also impressive is Pickett’s ability inside offensive coordinator Matt Canada’s offense. In a schematic smorgasbord that has raised questions about Canada’s gameplanning, Pickett has quickly shown the ability to take hold of the reins and lift the overall ceiling of an offense—conceptually—that looks stuck in the past. He’s begun to develop a rapport with fellow rookie George Pickens on the outside, taken what’s given to him within the shallow areas of the offense, and shown leadership inside the huddle beyond his years.

I know, Steelers fans, you’ve been spoiled from the decades of success with Ben Roethlisberger and some of the most dominant defensive units to ever compile. But for just a second, sit back, and be patient with Kenny Pickett. 1-4 isn’t fun—trust me, I get it—but when it comes to your future under center and an offense that may look drastically different in the coming seasons, enjoy the ebbs and flows of a young player that will only improve as time wears on.