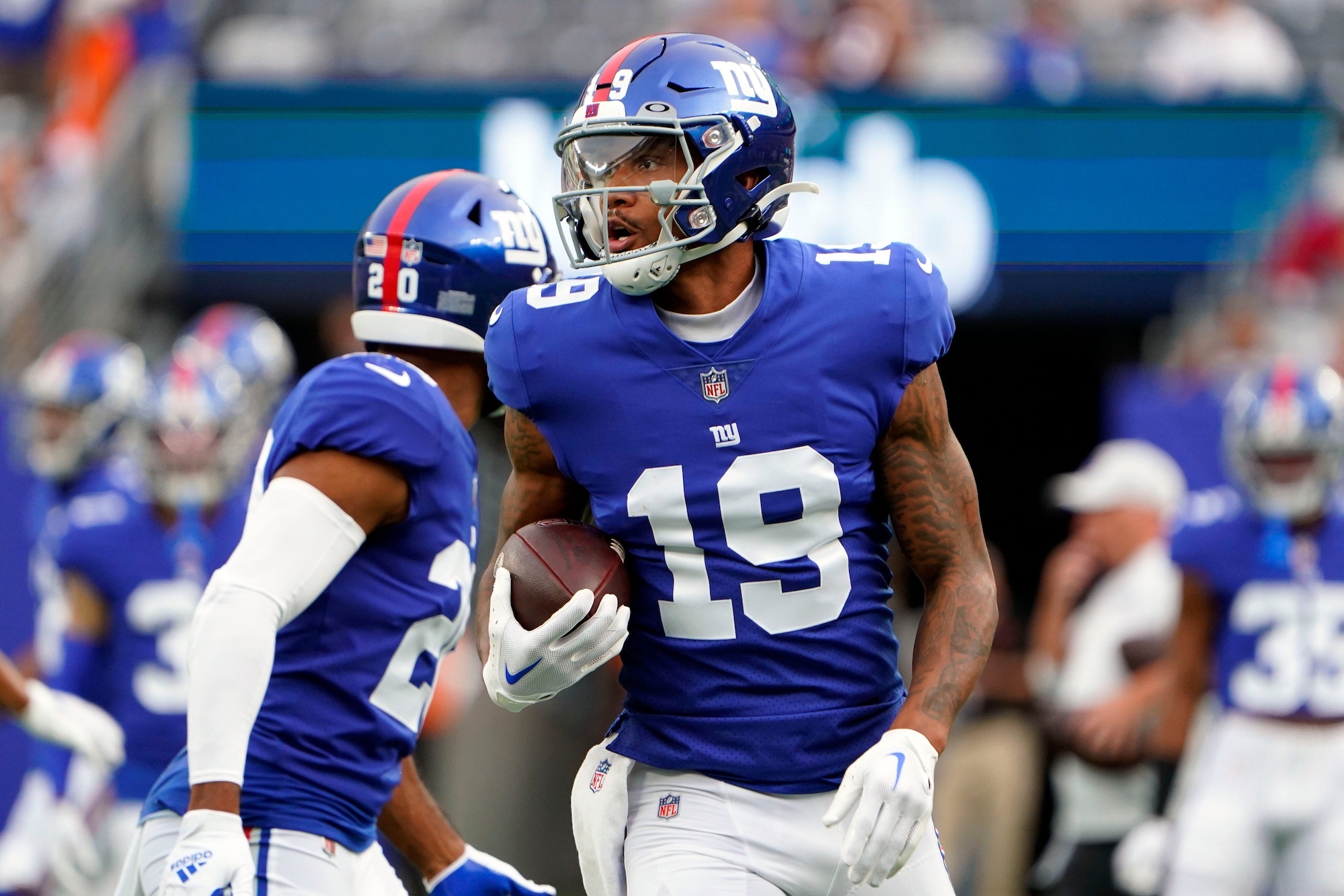 What Should Giants Do About Kenny Golladay?

The New York Giants have enjoyed a dream-like start to their 2022 campaign. New head coach Brian Daboll has had an immediate positive impact on the rebuilding Giants, who shockingly find themselves at 2-0 through two contests. Not every Giants player is off to the appropriate start, however. Wide receiver Kenny Golladay played just two snaps in Sunday’s victory over the Carolina Panthers and he was vocal about it.

Fringe roster players such as David Sills and Richie James are comfortably out-snapping Golladay. Golladay is at risk of becoming a distraction for the surging Giants, who must find a solution soon.

Golladay has expressed confused frustration with his role and downright lack of involvement in the Giants’ passing attack.

“I didn’t like the decision whatsoever,” Golladay said at his locker after Wednesday’s practice in relation to Sunday’s benching. “I don’t agree with it. I should be playing regardless, and that’s a fact.”

That final sentence potentially highlights the problem. Golladay appears to believe he’s entitled to playing time regardless of performance. Meanwhile, Sills and James are the anti-Golladay, if you will. Receivers that aren’t rich with natural abilities but play with terrific effort. They’ve endeared themselves to Daboll while Golladay has traveled in the opposite direction. Daboll isn’t allowing Golladay’s contract to dictate playing time. It indicates Daboll is creating a positive, equal-opportunity environment. While Golladay played the aforementioned two snaps against Carolina, Sills’ involvement skyrocketed to 60 snaps. James recorded five receptions for 51 yards on an efficient 30 snaps.

Golladay’s current situation is the continuation of what we witnessed throughout a poor preseason. Golladay didn’t look particularly motivated during the Giants’ exhibition contests. Creating separation downfield was an issue. Drops were also a recurring problem. Golladay hardly looked playable despite having the largest 2022 cap hit among all NFL receivers at $21.5 million.

Golladay’s sentiments place the Giants in a difficult predicament, however. Daboll has little reason to make sweeping changes to a formula that’s led to an undefeated start. Alternatively, Golladay is becoming an expensive distraction and the solution must be reached in-house.

Golladay is in his second season of a four-year, $72 million contract awarded to him by the previous regime. The Giants don’t possess any financial incentive to release Golladay. Doing so would create a dead cap hit of $31.350 million across 2022 and 2023 with zero cap savings, via Spotrac. General manager Joe Schoen would embrace the opportunity if it made sense financially, but that option’s firmly unavailable.

No reasonable NFL team is going to trade for Golladay and incur his sizable cap hit and contract. The Giants are stuck with Golladay, for lack of a better phrase. Daboll must reach a solution that prevents Golladay from becoming an increasing distraction without compromising the new-found success of the offense. Is such a solution even achievable?

Daboll was hired for several reasons, one being his ability to craft a successful offense around less-than-desirable personnel at quarterback and across the offensive line. Daboll’s done an excellent job so far, and that’s without including Golladay. Managing difficult personalities is also a part of the job description. Kenny Golladay is becoming a mounting problem.