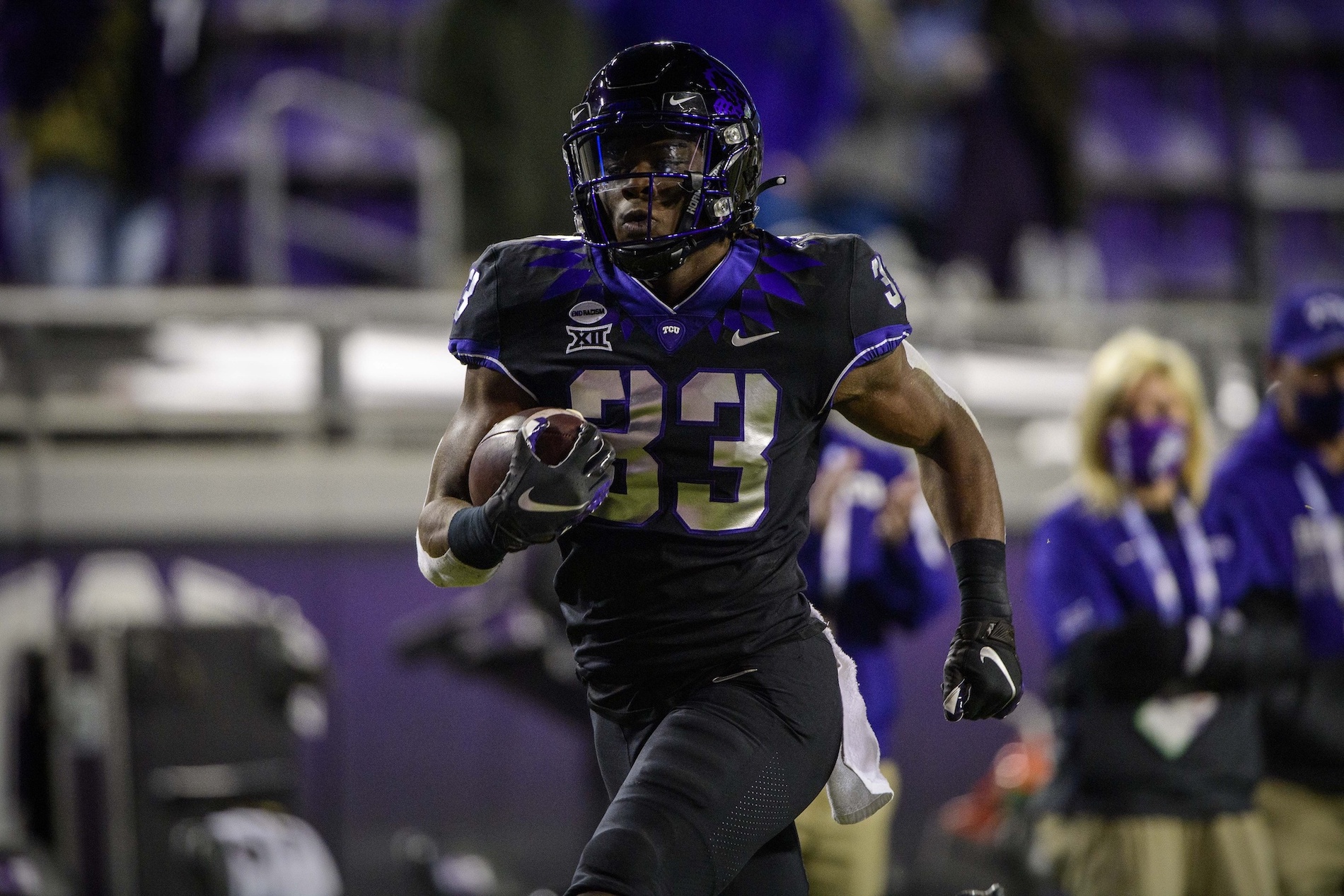 A true junior stuck behind Zach Evans last fall, 2022 has been the coming out party for one of the country’s most dominant ball carriers. A blend of size and speed whose success has seen his draft stock enter warp speed, it’s time to turn your attention to TCU’s Kendre Miller.

One of the headlining athletes in the Big 12, 1,147 yards on 6.6 yards a pop and 13 trips to the endzone draw eyes, but flipping on his tape showcases a tier-one athlete that is a flat-out ballplayer with the rock in his hands. For a TCU attack led by quarterback Max Duggan and potential day-one selection in wideout Quentin Johnston, it’s been Miller who’s provided the large straw that stirs the offense of the No. 4-ranked Horned Frogs.

Miller has rushed for more than 100 yards in 70% of his games this fall (five straight), amassed six rushing touchdowns in that same time frame, and hasn’t gone a week this season without making at least one trip to pay dirt. He’s been sensational, and while production doesn’t always translate and project to the highest level of the sport, box score scouting doesn’t do Miller justice.

Although the spotlight has been centered around Texas’ Bijan Robinson as the conference’s headliner and arguably the top back in the 2023 draft class, Miller’s one-cut ability, vision, power, and sneaky burst have become must-watch TV this fall. His knack for finding creases is what stands out the most, as playing within the tackles is a skill many ball carriers don’t master until their cleats are hung up in a glass box. He creates his own holes, understands how to get skinny within gaps, and takes it personally if one guy is able to wrangle him down in space. What’s also impressive is the low center of gravity with which he operates. Football is all about leverage and understanding the physics of it places players in better positions to win matchups, regardless of position. For Miller, whether he’s jump-cutting, running through contact, or spinning off a wimpy tackler, a low pad level and feathery feet consistently allow him to play at full speed and with balance—a must on Sundays. It also plays like this below, where Miller isn’t afraid to stick his 220-pound frame in to stymie the linebacker.

So often we get caught up in the breakaway speed or agility of a guy in space, but the willingness to do the little things within an offense will consistently earn the Mount Enterprise, TX native snaps as long as he wants to play.

In a deep pool of RB talent in 2023, add Kendre Miller to the top of the fray. As a combo blend that can run around you, through you, and over you, general managers in search of a bang for your buck addition come next spring shouldn’t overlook Miller as an electric puzzle piece to an offensive game plan.