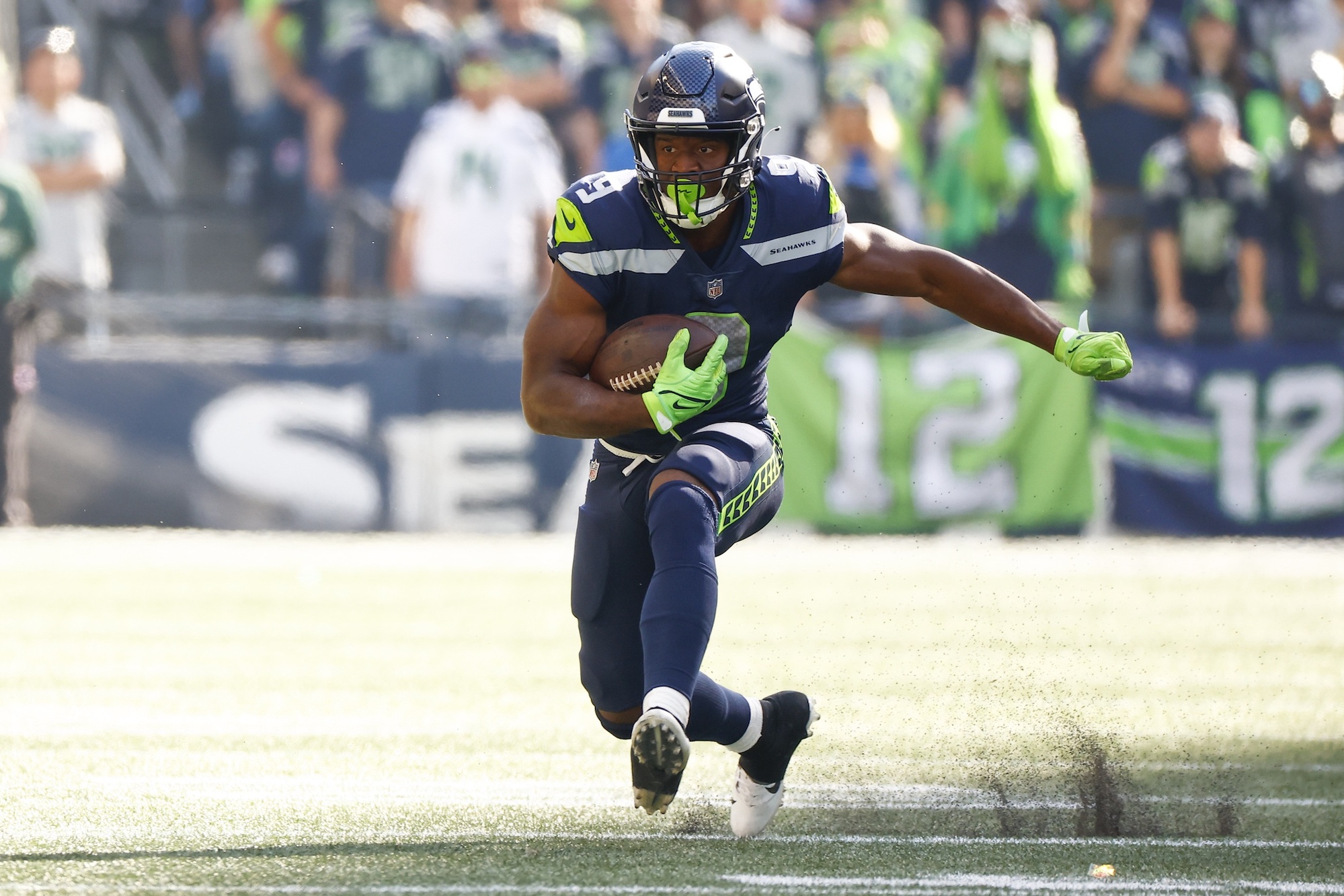 Why Ken Walker III Could Run Away With OROY

Seattle Seahawks rookie running back Ken Walker III has hit the ground sprinting in the two weeks since he’s taken over the starting role in Seattle. As a result, he could run away with this year’s Offensive Rookie of the Year (OROY) award in a race that, like many of his runs, doesn’t end up being a close one.

This season, Walker wasn’t always supposed to be the lead back for the Seahawks. When the team drafted him with a second-round pick, it was after they brought back former first-rounder Rashaad Penny earlier in the offseason. The expectation was that Penny would have his one-year, “prove it” deal to try to produce at a high level as the lead back in Seattle if he managed to stay healthy, which had long been an issue for him. Walker would be his young backup that could take some of the load off and eventually grow into the starting role should Penny get injured or leave as a free agent.

In the Seahawks’ Week 5 loss to the New Orleans Saints, Penny broke his fibula, ending his season and forcing Walker into the starting role. The rookie has not looked back since.

In that Saints game in which he started getting more snaps as the featured back, Walker made an immediate impact, breaking away for a 69-yard touchdown run that showed off all of his good field vision, footwork, and explosiveness. He finished that day averaging 11 yards per carry with 88 yards on eight carries, including that long touchdown run.

Two weeks later, we got an answer to our question of how much Walker would be able to produce as the starting running back for the Seahawks. The answer is “quite a lot.”

In his first two games as the starter, Walker had 265 rushing yards on 44 carries (6.02 yards/carry) and three touchdowns. His game against the Los Angeles Chargers just this past Sunday alone featured 168 of those yards on 23 carries. It also included a monster 74-yard touchdown run that saw him hit 22.09 miles per hour, the fastest any ball carrier has run so far this season, according to Next Gen Stats.

All of the traits he showed off during his time at Michigan State have clearly translated to the NFL level. That same vision, footwork, explosiveness, and big-play ability that he showed a sneak peek of in Week 5 was on full display in his two games as a starter.

Another one of Walker’s most impressive traits on display has been his ability to break tackles and create yards after contact. The rookie averaged 4.3 yards per carry after contact against the Chargers on Sunday. That long touchdown run certainly helped that cause, but he also had another run during the game in which he just carried guys on his back for a few extra yards like it was nothing.

Better bring your hard hat to work when you try to tackle Ken Walker III or you gonna get dragged… pic.twitter.com/cfaZq8Fpfl

That wasn’t something that only started happening this past week either, as Walker also had 49 yards after contact last week. The rookie broke five tackles in one game against the Arizona Cardinals last week and put together some seriously impressive runs after initial contact.

Ken Walker has one of the nastiest jump cuts in the league already. Not everyone can turn this into 34 yards! #Special#FantasyFootball pic.twitter.com/Te79mgTQkj

Walker has already built up quite a case for himself to be this year’s OROY with the way he’s played in the last three weeks. Given New York Jets rookie running back Breece Hall’s devastating injury and Pittsburgh Steelers rookie quarterback Kenny Pickett’s early struggles, there aren’t many other offensive rookies in Walker’s stratosphere. Saints receiver Chris Olave might come close as the rookie receiving yards leader with 495, but he’s missed time with a concussion and only has a couple of touchdowns so far.

Walker’s 411 yards and four touchdowns in six games with just two and a half games as the featured back in Seattle should mean he’s well on his way to a season with more than 1,000 rushing yards and 10 touchdowns. If he stays healthy and continues producing at the level he has been to reach those milestones, there will be almost no question that Walker earned the title of 2022’s Offensive Rookie of the Year.