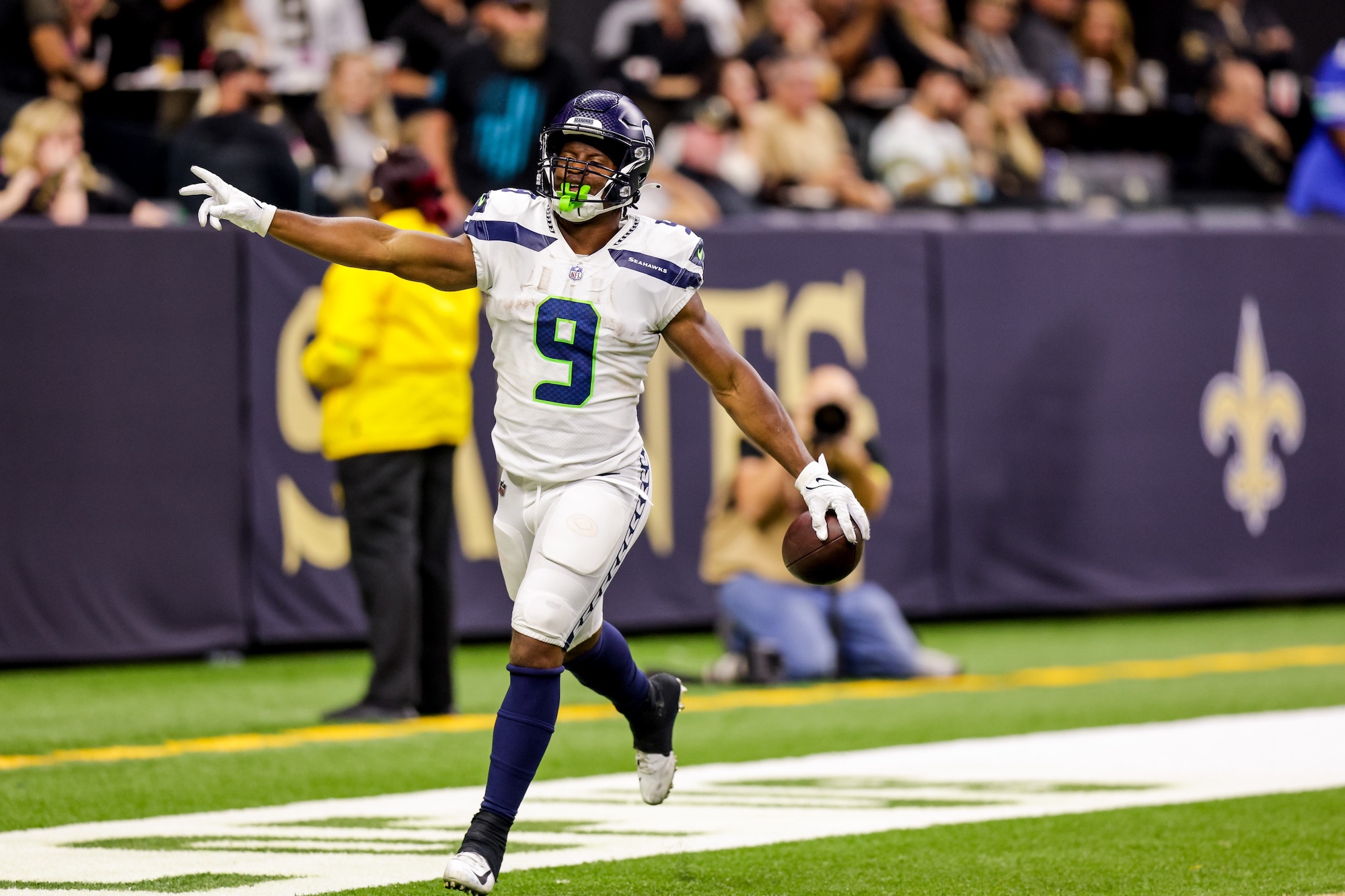 The Seattle Seahawks received some brutal news on Sunday afternoon after their game against the New Orleans Saints. Lead back Rashaad Penny, who had just started to look like the guy Seattle had always hoped for, broke his leg and would need surgery. With Penny missing the rest of the season, the Seahawks are going to have to rely more heavily on second-round rookie running back Ken Walker III.

Without quarterback Russell Wilson and with a reinforced offensive line and running backs room, this year’s Seahawks team was built to rely heavily on the running game. Even though their lead back of previous years, Chris Carson, was forced into medical retirement and Penny already had a long history of injury trouble, Seattle drafted Walker as something of a contingency plan to ensure they could run the ball without their top two guys from 2021. That’s already a plan that is paying off five weeks into the season because if his performance in relief of Penny on Sunday is any indication, Seattle shouldn’t be too worried about Walker being unprepared.

Walker was a dominating force with Michigan State at the collegiate level as an explosive runner with tons of potential to hit the home run if he broke out into space. Once his good vision and fantastic footwork allow him to find creases in the defense, he gets to top gear quickly to break away from defenders in the open field. In his one year as the featured bellcow running back for the Spartans, he put up touchdown runs of 58, 75, and 94 yards.

And in his first NFL game taking over the featured back role after Penny went down, Walker showed off that same vision, footwork, and explosiveness and broke off a 69-yard touchdown run. How fitting it was for the first touchdown of Walker’s young career to come on the same kind of home run play he was able to show off in college.

Walker still has a bit of a way to go if he wants to be featured as more than just an early-down back in Seattle. He’s very much a work in progress as far as his abilities in pass protection and as an additional pass-catcher for quarterback Geno Smith and the Seahawks’ offense. That’s not a huge problem for Seattle though, as Penny was never really integrated into the offense as an additional receiver anyway, opting to use backups DeeJay Dallas and Travis Homer (when healthy) on passing downs.

In all, it doesn’t appear as if the Seahawks are taking any kind of step back by having Walker take over with Penny out for the season. He’s also a home-run hitter with tons of explosiveness and plays with a similar level of physicality, even with a slightly smaller stature than Penny’s.

With such a similar skill set and high potential to continue contributing to the offense after already doing so in Week 5, Walker has been giving Seattle plenty to be happy about with their decision to draft him in the second round. Now that he’ll be the unquestioned lead back in the Seahawks’ offense for the remainder of the year, he’ll get even more chances to shine. If Sunday’s performance was any indication, Walker is more than ready to rise up for the occasion.