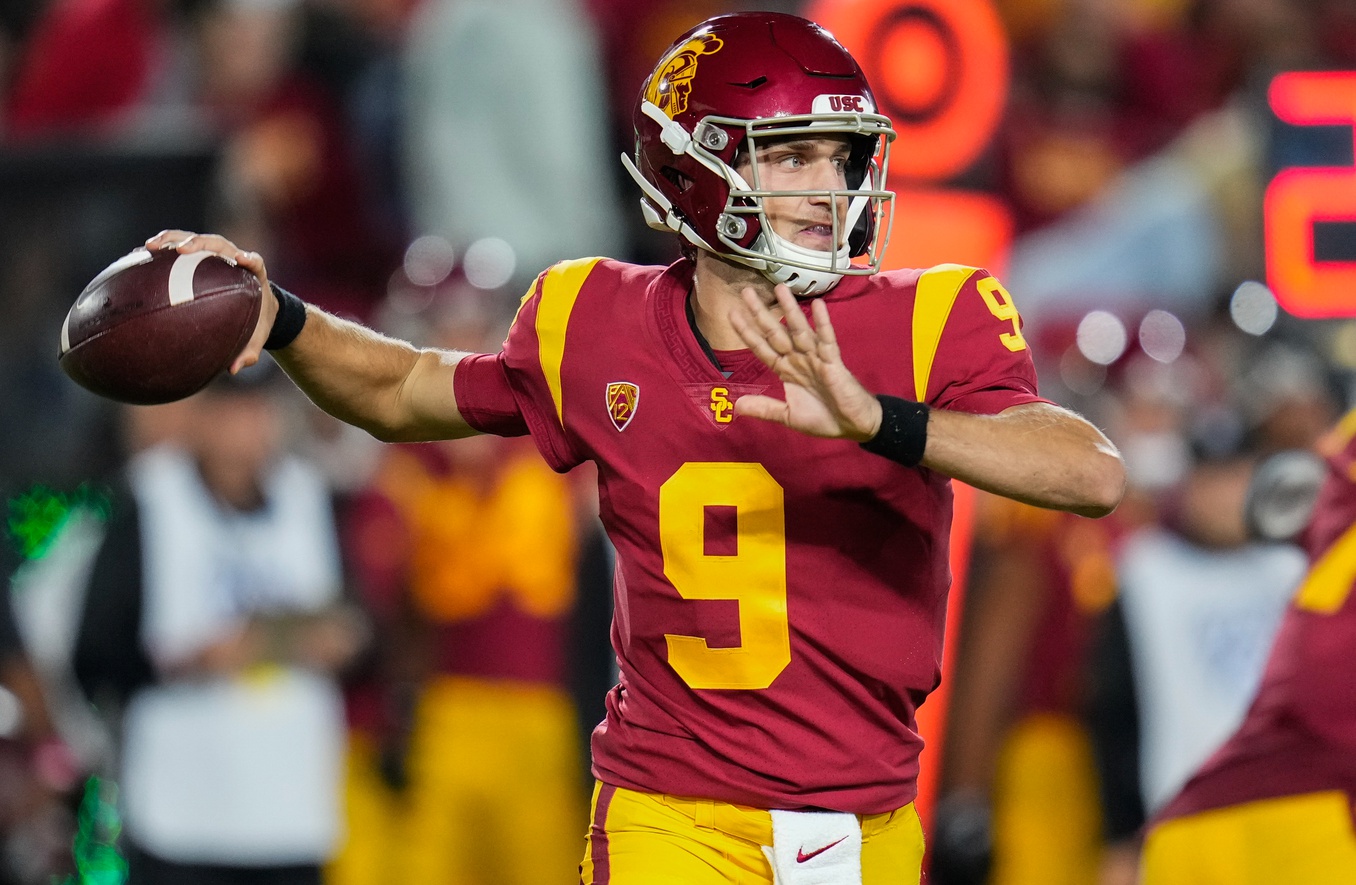 Following three seasons at USC, a move east has invited new expectations for quarterback Kedon Slovis. With 27 starts for the Trojans under his belt, while the grass isn’t always greener on the other side, Slovis’ hand was forced—USC is now led by quarterback Caleb Williams. Expected to serve as the captain in leading Pitt back to an ACC title, let’s take a deeper dive into Slovis.

Taking over for Heisman semifinalist Kenny Pickett leaves lofty shoes to fill for the uber-experienced quarterback. What makes Slovis’ initial projection increasingly muddied is the departure of reigning Biletnikoff winner (top college WR) Jordan Addison, who ironically enough transferred to USC this spring. Who knows if Slovis initially transferred to Pittsburgh with the hope that Addison would suit up once again in the blue and gold, but for Slovis, Addison’s departure presents another slight bump in the road to overcome.

While Slovis’ arm strength, accuracy, or off-script ability won’t rank him among college football’s elite, he’s a flat-out gamer and eerily similar to Pickett—who by no means was the most talented signal-caller in the country, but represented the only quarterback to hear his name called on night one of the 2022 NFL Draft in April. Like Pickett during his collegiate tenure, Slovis’ development is ongoing and he will only improve under the tutelage of both head coach Pat Narduzzi and well-renowned quarterback trainer Tony Racioppi, whose work with Pickett was well documented throughout his draft process.

“He’s beyond excited,” Racioppi said. “Loves the city, loves the people, loves [Pat] Narduzzi, loves Frank Cignetti’s system. He loves how much of a team they are and really loves being at Pitt. He couldn’t be more excited for the upcoming season.”

Although Slovis has been penciled in as the de facto starter on paper for months, following ACC media days, his path to starting may not be as clear-cut as some may think. With redshirt senior and long-time Panther Nick Patti on the roster, Narduzzi made it evidently clear the two would head into camp to compete for the starting nod. However, and regardless of who Narduzzi decides to start, Racioppi has no hesitations in whoever aligns under center after extensive work with both athletes.

“I think Pitt fans should be excited for either guy,” Racioppi continued. “They both bring some really good things to the table. If Kedon is the guy, I’d be jacked up if I was a Pitt fan just like I would with Nick who has put a lot of work in.”

For Slovis, a talent who was looked upon as a legitimate draft-eligible quarterback at the onset of last fall, there is no room to hold a clipboard if he idealizes a future on Sundays. A program with hopes to replicate success from last season, Pitt could provide the platform to showcase a talent the industry will be keeping a keen eye on in 2022.