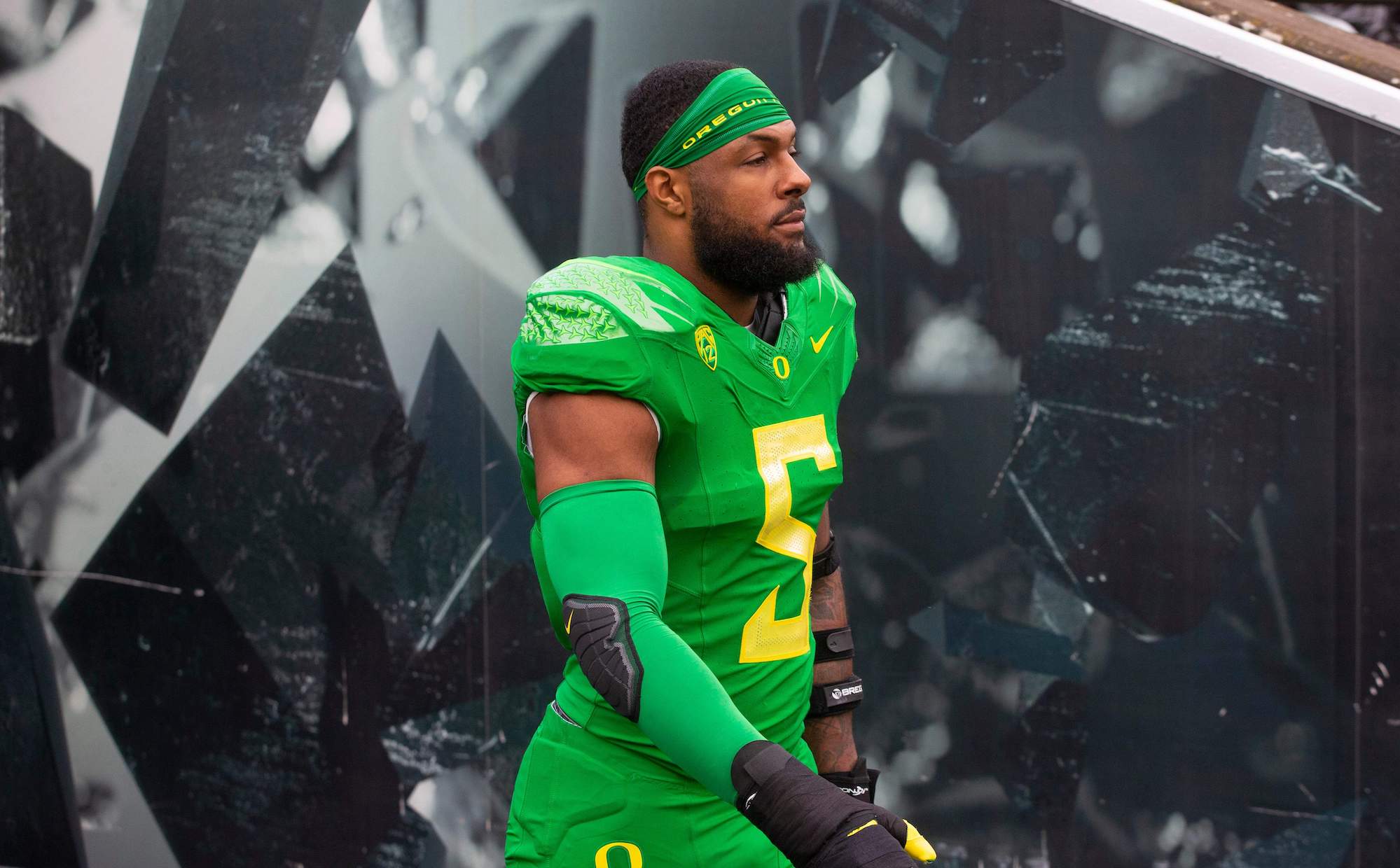 Why Giants Should Draft Kayvon Thibodeaux

Despite being a prospect whose stock has seen a drastic slip, as of this writing, compared to pre, mid, and postseason mocks, making the case for Kayvon Thibodeaux at No. 5 overall to the New York Giants needs no explanation—he’s everything you look for in the face of a franchise. A 5-star recruit as a prep athlete, the spotlight of the recruiting scene and lights of Autzen Stadium have accompanied Thibodeaux wherever he’s aligned. The nation’s top overall prospect in the class of 2019, three campaigns and 19.0 sacks later, Thibodeaux—as he’s always been—has the chance to become the belle of the NFL draft ball when we look back to the 2022 class a handful of years from now. An overpowering blend of athleticism and technical refinement, when it comes to the evaluation process for the Giants, sometimes the eye test makes it just that easy. A well-framed talent who will pack on additional muscle inside a pro facility, slotting Thibodeaux opposite Azeez Ojulari and adjacent Leonard Williams and Dexter Lawrence will make it awfully tough to keep the soon-to-be top-10 pick out of the backfield and off the stat sheet. The ways in which he wins as an edge threat presents a laundry list of rips, spins, and counters to attempt to plan for as an opposing tackle. An athletic marvel on the edge whose game plays much heavier than 255 pounds due to his transfer of power that stems from his lower to upper half, if Thibodeaux is able to put it all together, he has the chance to represent the poster child of the class. However, there are concerns and rumors swirling surrounding Thibodeaux which makes this piece even possible. A surefire top-two overall selection before games kicked off in the fall, projecting the former Oregon standout outside the top three, let alone nearly out of the top five just a few months ago was blasphemous. But as the tides change, film is scoured, and Thibodeaux is microscoped, criticism has arisen from the woodwork toward a reported lack of “love” for football. Now, he’s a prospect quickly sliding down draft boards. While we won’t delve into the reports, for a team like Jacksonville, Detroit, or Houston, who are expected to use a top-three asset on a player expected to not only revolutionize their front seven but a franchise and a community, the extreme concerns currently hanging over Thibodeaux—accurate or not—will hold weight as we head into NFL Scouting Combine week and the litany of “Top 32” interviews Thibodeaux is set to take on. However, let’s stick to football and why snatching Thibodeaux off the board at five and inserting him under the bright lights of Metlife Stadium and the New York City market could see the Giants fall into a scenario not familiar to the franchise in what has been a tumultuous last few seasons. With a new general manager in town in Joe Schoen and a new bench boss in Brian Daboll, adding a sparkling new Ferrari on the perimeter in Thibodeaux could see the prospect with arguably the highest ceiling of any talent in the class fall into their laps. While a look around a deep edge class uncovers the talents of Aidan Hutchinson, David Ojabo, Travon Walker, and George Karlaftis as 5-tech talents primed to hear their name called within the first 32 selections, placing a chip on the shoulder of Thibodeaux at a location that will allow him to thrive and blossom into one of the NFC’s premier game-wreckers represents the ideal scenario for the franchise. An organization in the midst of a rebuild and on a trek to excavate a long-lost identity within the nucleus of their defense, Thibodeaux could represent the solvent to all of the Giants' questions.