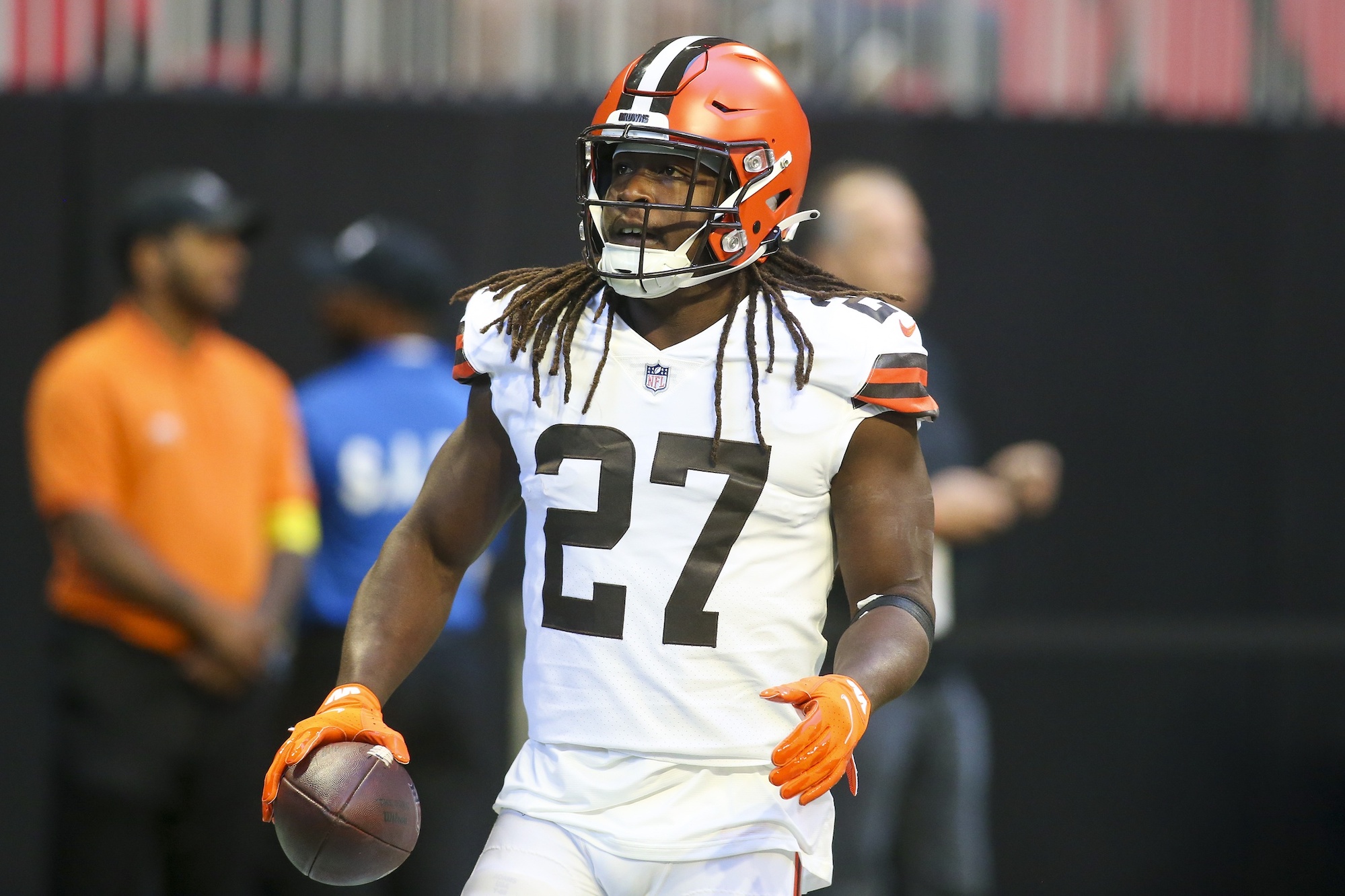 3 Teams That Should Trade For Kareem Hunt

Cleveland Browns running back Kareem Hunt may be available for trade in exchange for a fourth-round selection, according to reports. Negotiations should intensify ahead of the league’s trade deadline (Nov. 1) as Hunt is in a contract season. Hunt previously requested a trade or a contract extension.

How much more dangerous would the Eagles’ offense be if they placed a legitimate dual-threat running back next to Jalen Hurts in the backfield? Hunt would absolutely thrive in Nick Sirianni’s RPO-based offense. Miles Sanders currently leads all Eagles’ running backs in receptions with just 11 through six contests. Hunt would be significantly more productive.

Roseman’s offseason aggression has catapulted the Eagles to a perfect 6-0 record. Roseman should continue building the Eagles in his relentless vision. The Eagles may be buyers ahead of the postseason as they chase Super Bowl LVII. Hunt is worth acquiring given Cleveland’s reasonable demands.

The Buccaneers own the league’s worst rushing attack at 64.4 yards per contest. Leonard Fournette is averaging just 3.5 yards per carry. Fournette remains a focal point of Tampa’s offense as they search for solutions, but pairing him with a pass-catching back may help fully unlock him. The Bucs can’t keep waiting for rookie ball-carrier Rachaad White to emerge. Time is of the essence.

Tom Brady has always excelled with an expert pass-catching back at his disposal. Brady did terrific damage while utilizing James White in New England. The Buccaneers need to start scheming some easy touches behind their struggling offensive line. Hunt’s presence would provide them with such opportunities.

The Buccaneers remain in win-now mode with a 45-year-old Brady under center. Licht must remain aggressive despite Tampa’s less-than-desirable start. Hunt would be a terrific piece for offensive coordinator Byron Leftwich to feature offensively.

The Rams are the league’s second-worst rushing attack per outing (70.5). They have several personnel-related issues to blame across their offensive line and in the backfield. Sean McVay’s offensive line has struggled to bounce back from offseason departures such as Austin Corbett and Andrew Whitworth.

General manager Les Snead may be in the market for a running back. Cam Akers and the Rams are currently searching for a solution that will place him on another roster. Darrell Henderson Jr. is averaging 3.9 yards per carry and is most effective when part of a timeshare.

The Rams haven’t punted on their Super Bowl-defending campaign. McVay’s squad remains in the hunt for the division title in the cluttered and unpredictable NFC West. Hunt would elevate Los Angeles’ ceiling.