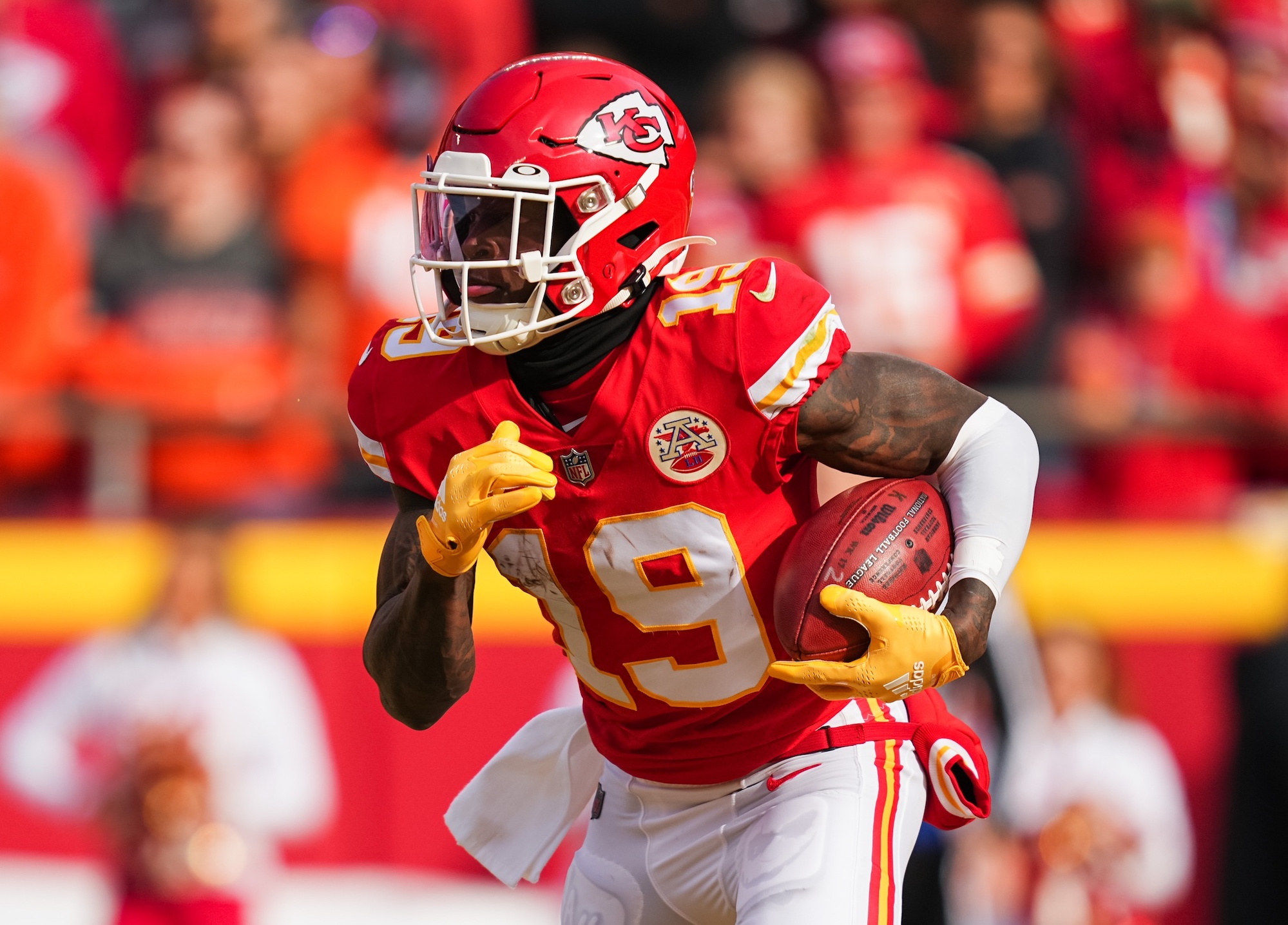 Kansas City Chiefs wide receiver Kadarius Toney has only been with the team for about two and a half months since coming over from the New York Giants in a trade. In that time, but especially recently, the Chiefs have worked to get Toney involved wherever they can, even on a limited offensive snap count. That high-production role amid low-volume snaps was once again on display on Saturday when Toney and the Chiefs took on the Jacksonville Jaguars in the divisional round.

As a speedy, dynamic receiver standing at 6-foot and 193 pounds, Toney’s best usage was always going to come as a “gadget” player. In other words, he would thrive when teams got the ball in his hands quickly and let him create extra yardage. That’s exactly what the Chiefs have done since acquiring Toney in a trade. The second-year receiver’s average depth of target was under five yards with the Chiefs, but he averaged more than seven yards after the catch on his 14 regular-season receptions.

At the same time, his snap count has been limited with other, more prototypical receivers like JuJu Smith-Schuster, Marquez Valdes-Scantling, Mecole Hardman (though he’s been injured), and rookie Skyy Moore also on the roster. But when Toney is on the field, there’s a very good chance Kansas City is getting him the ball. Sometimes that’s as a receiver in the quick game, other times that’s as a rusher on jet sweeps and end-arounds.

Saturday’s playoff matchup with the Jaguars was a prime example of how the Chiefs have used Toney all year. In just 20 offensive snaps, Toney ran 12 routes and took one handoff. On those 12 routes, quarterback Patrick Mahomes (and backup Chad Henne) targeted him seven times with the receiver catching five of them for 36 yards. That meant Toney was Mahomes’ target on around 60% of the receiver’s routes run.

In comparison, Smith-Schuster and Valdes-Scantling ran 34 and 26 routes, respectively, and only saw two targets each. Toney finished the game with the second-most targets, receptions, and receiving yards behind only tight end Travis Kelce. His gritty, 14-yard rush after a Mahomes lateral in the backfield also gave him the third-most rushing yards on the day.

Whenever Toney gets the ball in his hands, there’s always a chance for him to make something special happen. That’s why, when he’s on the field, there’s a very high chance the ball is getting in his hands to let him create, even on such a limited snap count. As a gadget player with his skill set, Toney has the potential to be an X-factor for the Chiefs in every game. With Kansas City preparing to take on the Cincinnati Bengals, a team that has bested them in each of their last three matchups including last year’s AFC Championship, getting Toney involved could be a key for the Chiefs’ offensive success.

The Bengals held Kansas City to under 350 yards of total offense in their previous meeting, a game that Toney missed with injury. If an injured Mahomes is unable to get his other receivers involved effectively, look for Kadarius Toney to make some big contributions on Sunday.