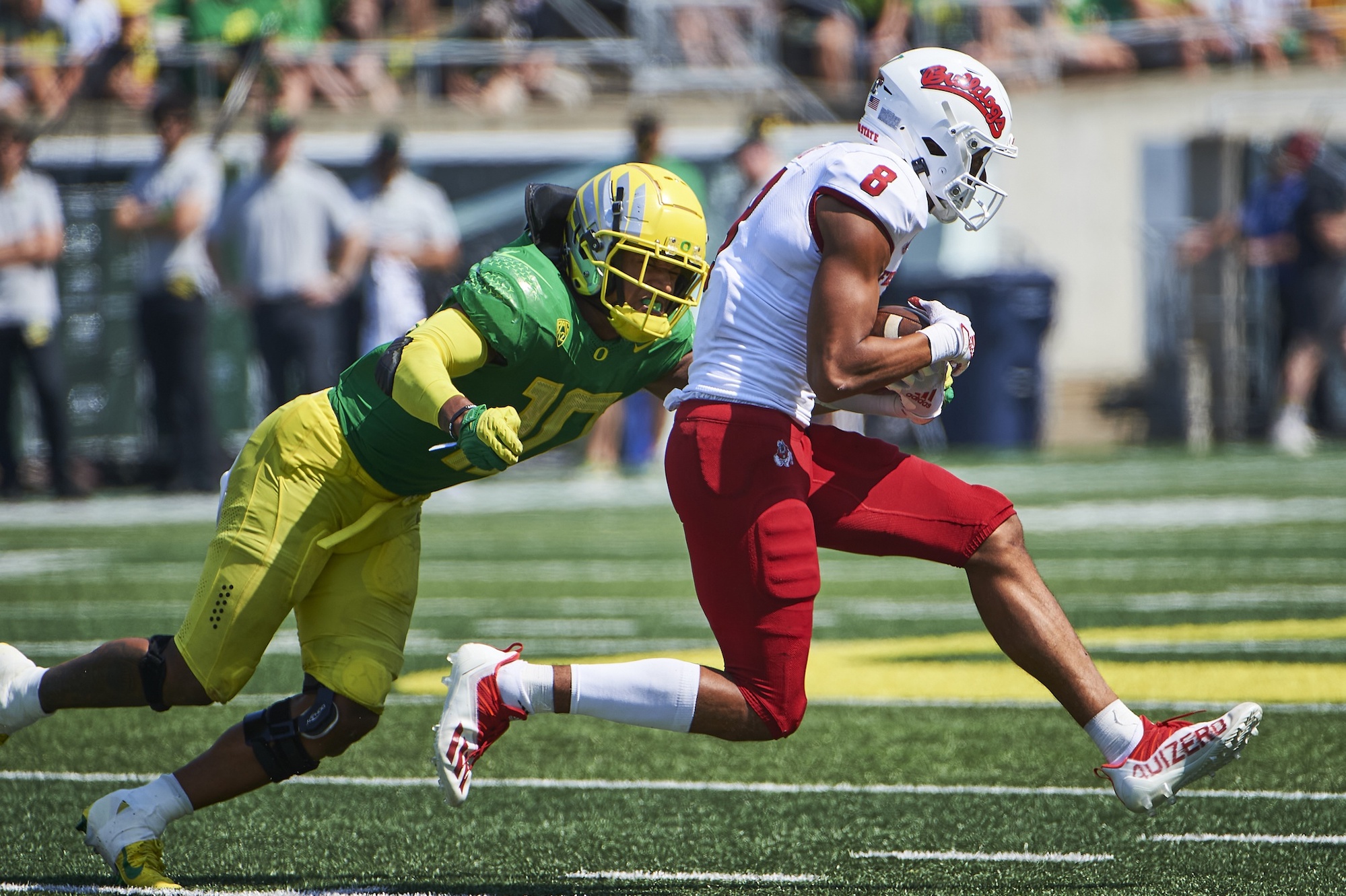 The thing that’s great about the NFL and the NFL draft is that every player’s path to the league is different and things are very rarely linear. You’ll have your five-star players who, out of high school, were deemed as potential first-round picks and instant impact players. Some of those five-stars will live up to the hype and hear their name called in round one, but some will not—that’s perfectly normal. Similarly, you may have a two-star recruit out of high school that has very limited pro expectations who eventually earns their way into being a first-round pick. Again, most players’ journeys are not linear.

Let’s look at the list of five-stars from 2011-2016 out of high school and see how they ended up as it relates to where they were drafted.

If you are a five-star and you hit, you are more likely to be a first-round pick than a mid-rounder. That makes a ton of sense because the first round is where the league likes to invest in players that have rare physical tools and often those physical tools are easy to spot even when the prospect is in high school. A five-star has a greater chance of being undrafted than going in the first round of the draft which also makes sense if you just play the odds game. There are only 32 picks in round one and these five-stars are competing with every four-star, three-star, two-star, etc. for one of those 32 spots. There is an unlimited number of undrafted spots so again, just play the odds.

The data shows that more times than not, a five-star has a chance to develop into a hell of a player if things go right for them in college. Well, as I mentioned above, not all paths are linear and we can see that clearly with a current five-star in Oregon linebacker Justin Flowe.

Flowe was a member of the 2020 recruiting class and was a unanimous five-star recruit. He was ranked as the No. 1 linebacker in the country and the sixth overall player in the nation. Flowe was Oregon’s second highest-ranked recruit ever and was expected to be a difference-making linebacker from day one. Unfortunately for Flowe and Oregon, his career hasn’t got off to the start they had hoped.

After playing just two snaps in the COVID-shortened season, Flowe tore his meniscus, missing the entirety of his freshman season. The disappointment continued in his sophomore season in 2021 as he was only able to play the season opener against Fresno State before suffering a foot injury which would cost him the rest of that season as well. So, in total, the highly regarded prospect has only played in a game and two snaps.

Even though he has barely played in his college career, Flowe is still very much on the radar of NFL front offices. First off, very rarely do linebackers with Flowe’s blend of size, explosiveness, and instincts come around. Scouts and general managers will be very intrigued by his physical profile. Also, even though Flowe only played one game last season, it was a hell of a performance. In the contest, Flowe finished with an absurd stat line of 14 tackles, one tackle for loss, and a forced fumble. He was everywhere in the game against Fresno State and certainly looked like the five-star recruit he was billed up as.

But at the end of the day, Flowe is a total projection right now. While it’s easy to buy into his high school hype and his rare physical traits, the fact of the matter is he just simply doesn’t have enough tape out there to get an accurate evaluation.

Predicting Flowe’s draft range is like throwing darts with a blindfold on. If he has a season where he starts every game and plays like he did against Fresno State, he is a likely first-round pick. He is just so disruptive and has rare levels of explosiveness and instincts that are eerily similar to Micah Parsons that I can see a team be willing to accept just one year of production and take their chance on a high-ceiling player. On the flip side, if Flowe is in and out of the lineup with injuries and looks rusty in his return from injury, he could fall to the mid-rounds of the draft. If by some chance Flowe misses a ton of time due to a significant injury, then he could go undrafted (should he declare) as the injury risk will be too great for a team to take a chance on even given his clear upside.

One thing is for sure, Justin Flowe will be one of the players that NFL decision-makers will watch extremely closely throughout this upcoming season.