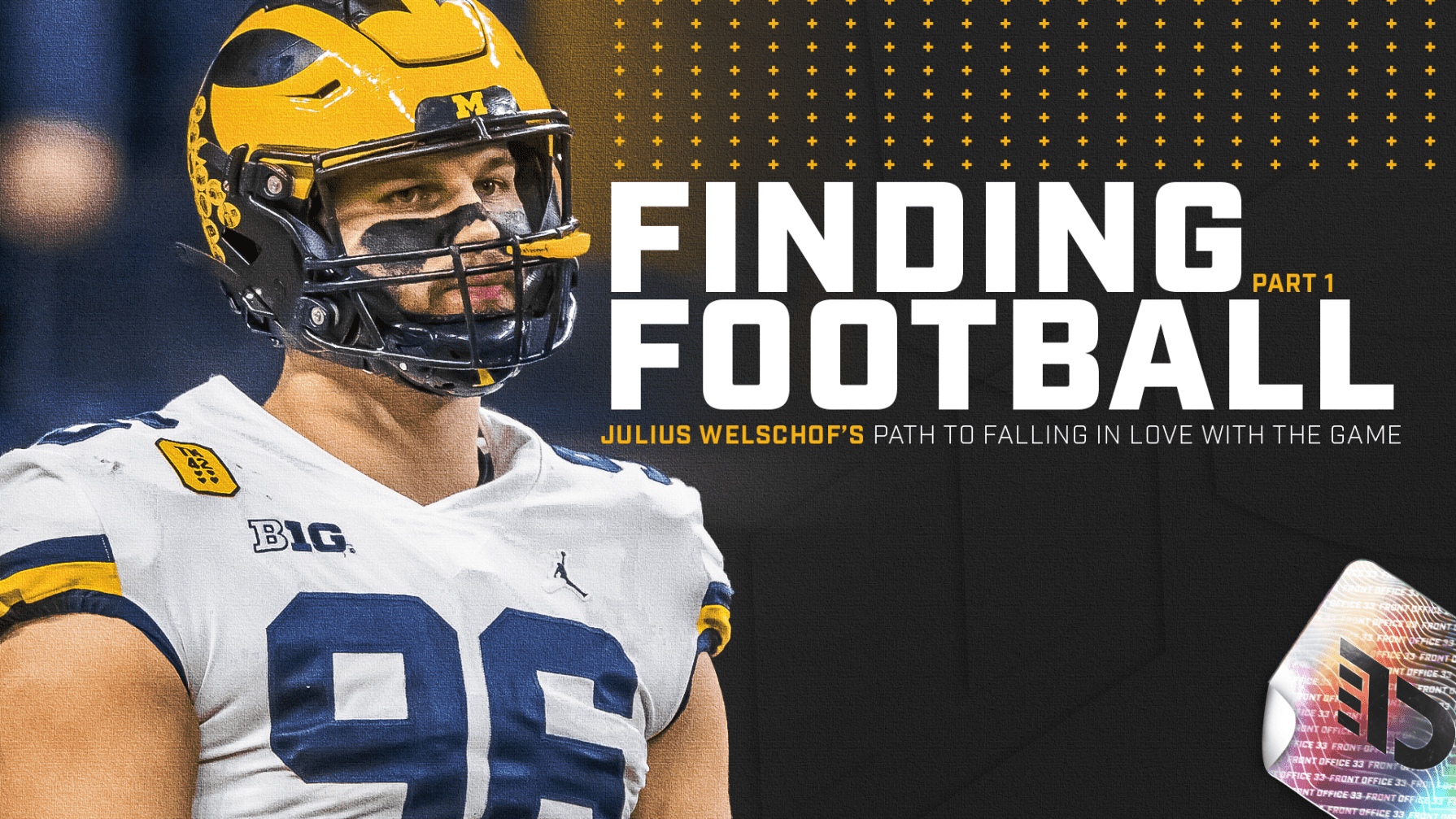 Julius Welschof’s Football Journey Much More Than A Heartwarming Story

It’s late at night in the mountains of Bavaria, Germany’s largest state located within the rolling hills of the southeast corner of the country. For Julius Welschof, it’s the sunset of another day in what has been a life thus far littered with unique detours and self-perseverance.

“The first sport I ever competed in was skiing,” the now 6-foot-7 mammoth of a man told me following a workout this summer. “For 12 years I did that while also playing soccer and tennis from the time I was just five.”

It was all in the cards as a young boy growing up with the Bavarian Alps as his next-door neighbor. Like hockey in Canada or soccer in Brazil, the canvas of the slopes, although beautiful, sustained his humble nature as he approached each turn, never looking too far ahead. Managing his education, an apprenticeship, and sports evolved his adroitness in time management.

At 17 he graduated high school, and while students had an option to continue their education for three more years, apply for an apprenticeship, or, for a select few, both, a shadowing opportunity at BMW offered him the chance to work behind the scenes as a mechanical engineer. While finishing his requirements in the classroom remained a priority, the locations remained tethered via a distant three-hour drive. An overwhelmingly difficult schedule to put on anyone, it was just another step along the path for Welschof who still had yet to be introduced to the game he now endears.

A trip to North Carolina first placed the laces in his fingertips. In what was supposed to be a routine visit to see family saw his life change the moment the leather popped against his hands.  A quick game of catch with his grandfather and the once soccer, tennis, and All-Bavaria skier standout had found his love—the hashes became his home.

The Munich Cowboys offered Welschof his first taste of the gridiron. A tight end via the eye test, his 245-pound frame drew the eyes of his defensive coaches.

“I was pretty big—taller than everyone else—and the coach asked ‘what do you think about playing defensive end?” Welschof said. “At the time, I looked up at the coach confused because I had no idea what that even was. It was easier to play as I just had to go forward and beat the offensive lineman, instead of knowing routes, run blocking, pass blocking… but I always took time to learn the details of each position.”

His immediate success wasn’t a surprise, as his versatility earned an invite to the German Cup, an annual event in which the stars of each state compete in front of international scouts, collegiate recruiters, and talent evaluators. It’s where he was made aware of a man named Brandon Collier, the founder and CEO of PPI Recruits. A database and placement program for international football players looking to play college ball in the United States, Collier quickly provided an avenue for Welschof to expedite his recruiting process.

“I reached out to him [Collier] and he asked how tall I was, what I ran [in the 40]… he initially didn’t believe my numbers as players usually gas themselves up.”

Following a six-hour drive from Welschof’s to Collier’s, the time spent together established the roots of their relationship they now look back on today.

“I stayed over at his place and slept on the couch. We worked out the next day and he invited me to participate in his tour with a few other European players, but even though I was on the trip, I had to pay for everything my own way.

Like he always had, Welschof got to work. It wasn’t about making ends meet or attempting to blindly usher his goals from fantasy to reality, it was just in his makeup. A day job that saw him work from 6a-3p wasn’t enough, so flipping houses each evening added the extra cash he needed to pay for hotels, food, and transportation. After a year of showcasing his talents around Europe, Welschof’s attention grew in the states. His first showcase? Old Dominion, where many of the region’s coaches flocked to get a glimpse of both him and the hotbed of talent that lies within Virginia and the surrounding areas.

“It’s where I got my first offer,” Welschof said excitedly. “It was so quick—I really didn’t expect it to happen that fast.”

It was the first of many camps for Welschof, who traveled from school to school packed in a minivan with friends wide-eyed and hopeful for a chance to compete at the collegiate level.

“So many long nights, so many trips back and forth to the ice machine to fill the little bathtubs—it was all worth it looking back. Camp days were tough, I remember one day my cleat melting off my foot because the turf was so hot.”

It was during the dog days of summer when Welschof separated himself. He learned on the fly, grasping onto every little detail as he went while displaying his herculean athletic profile.

Offers began to steamroll in once he returned home, which snowballed into official visits where Welschof enjoyed being treated “like a king.”

“I had cake in my room, all these cards on my bed, the best food, everyone was so nice… I thought to myself  ‘why wouldn’t I want to commit here’ but Brandon [Collier] preached to be patient.”

Prospects are allotted five official visits to prospective programs, Welschof took four. While it’s rare for recruits to take more than one in today’s quick-moving cycle, his visit to Georgia Tech initially stood out amongst the rest.

“It was great location-wise, academics… I was into engineering, so I committed after coach [Paul] Johnson visited me and my family in Germany.”

While his commitment took weight off his shoulders after balancing the rigorous demands of recruiting, workouts, and a full-time job, a call from Jim Harbaugh and the Michigan Wolverines quickly flipped Welschof’s intentions.

A night he vividly remembers, Welschof was in the middle of a work party when Collier’s name popped up on his cell phone.

“Initially I couldn’t believe it when he told me Michigan wanted to offer me.”

During the time, the Wolverines were on their annual trip through Europe. For Welschof, after believing it was just nothing more than the coincidence of Michigan’s presence near home, purchased a ticket and flew to meet his future coaching staff. A first impression was the goal, but Welschof left knowing Ann Arbor presented the opportunity he’d worked so hard for in the years prior.

“Although I couldn’t early enroll (like he could have at Georgia Tech), it was worth waiting for Michigan. The football history they have, how big and well known they are internationally, and the advantages I have of earning a Michigan degree when football is all done was important to me.”

A two-week-late Visa saw Welschof arrive at camp alone in 2018. Playing catchup throughout the summer months, Welschof spent his first fall on the scout team. While year two offered increased opportunity, ankle surgery ended his season before it got started. His junior year in 2020 is where things began to click.

“I got some work at 3-tech during one of the first practices of the year that season,” Welschof said. “I was a little light for the position at the time, but I made some plays and chased down the quarterback a few times before coach [Don] Brown asked me if I wanted to make the switch inside.”

With his development on defense, Welschof became a topic of conversation for Harbaugh and the Michigan coaching staff. A marvel in the weight room and throughout their speed circuit training, he began to earn snaps on special teams moving into his senior year.

At 6-foot-7, now 285 pounds, it’s not what you’d expect to see barreling down on kickoff, but Welschof was willing to do anything to get snaps. Sure, it’s out of the ordinary, but it’s what makes his skill set so intriguing.

Now entering his fifth year along the defensive front, Welschof has earned a nationwide spotlight. Away from his otherworldly ability to do things humans shouldn’t be physically capable of completing at his size, his annual nod to the “Freaks List,” or relationship with 2022 No. 2 overall pick Aidan Hutchinson—who Welschof looks to as a brother—he remains one of the most polarizing athletes in the college game today.

A specimen with the physical profile of an athlete built in an isolated lab somewhere, say, in the vast Alps of Germany, Welschof is much more than a heartwarming story.

“People that live in Germany that didn’t think I could do it… those are who I want to prove wrong,” Welschof said. “I’m just doing it for me, for my family. Just wait and see.” 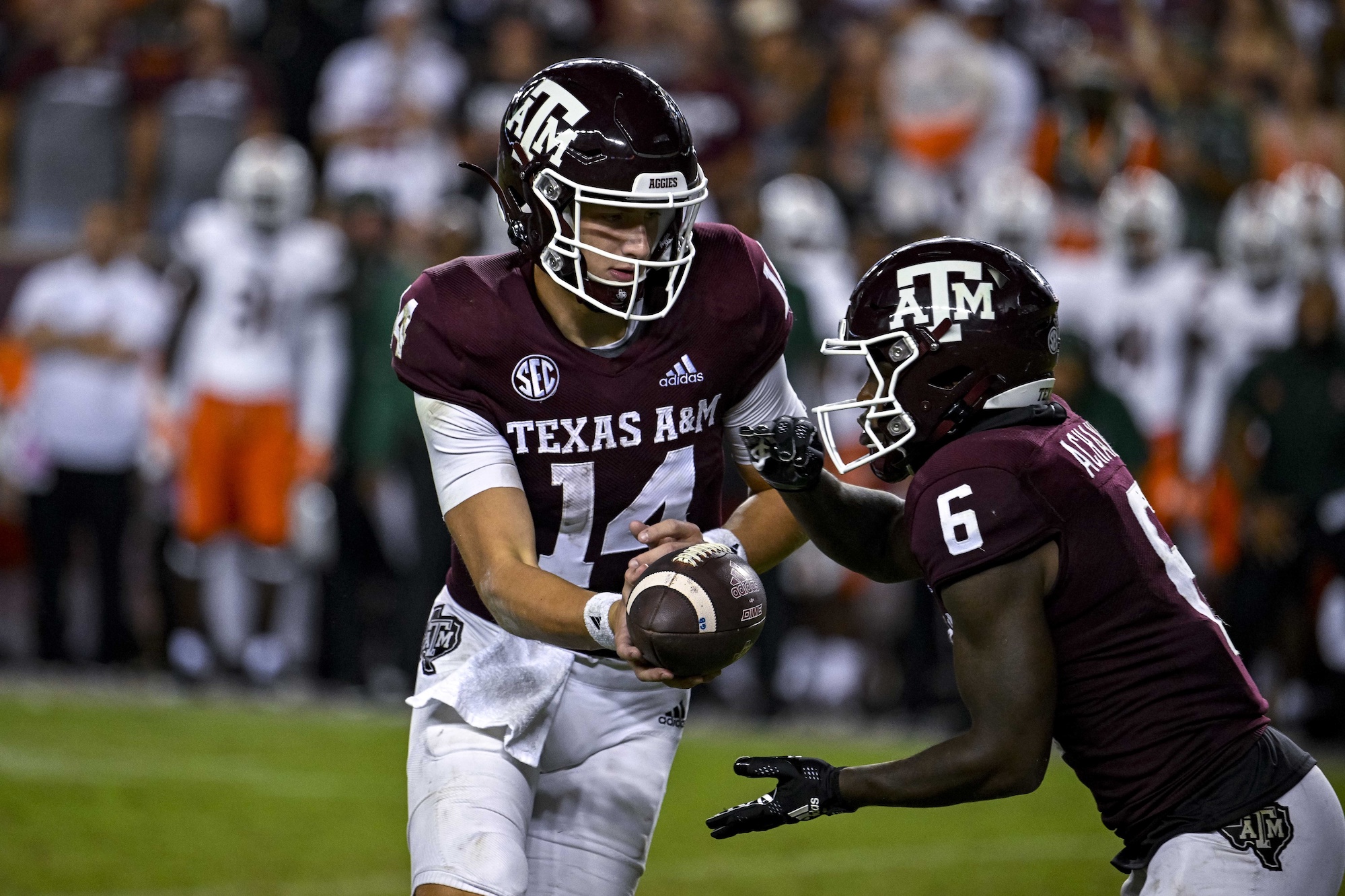