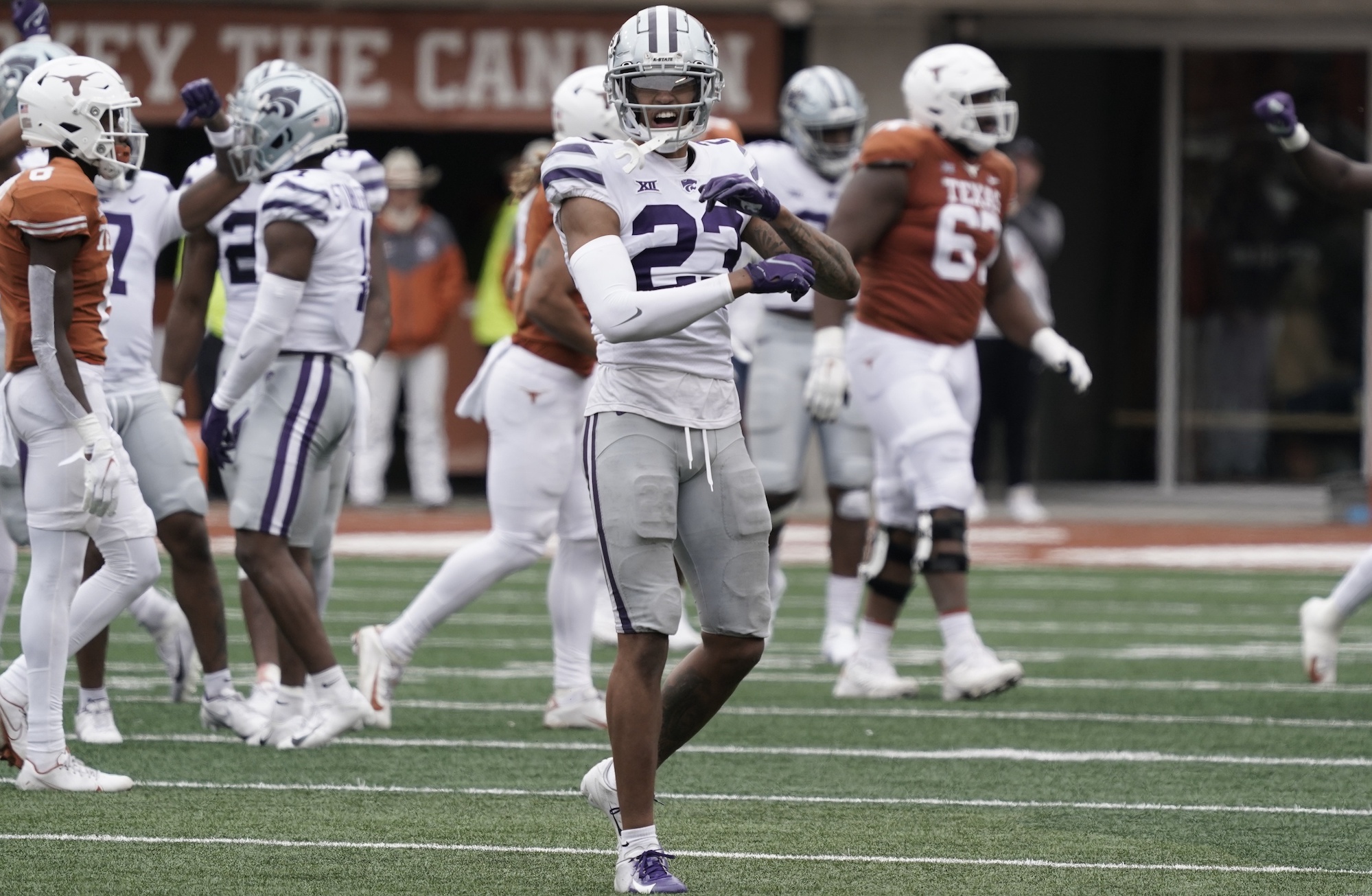 Julius Brents Can Use Senior Bowl As Jetpack

The 2023 Senior Bowl is fast approaching. The competition will be at an all-time high while affording prospects with a golden opportunity to improve their pre-draft stock. One player I can’t wait to observe in Mobile is Kansas State cornerback Julius Brents. Brents possesses the physical abilities and skill set to thrive in the Senior Bowl’s competitive environment.

The No. 73 overall player in January’s TDN100 update, I believe Brents is being slightly undervalued by our in-house scouting staff. Brents broke out of his shell for the Wildcats in 2022 by recording career-highs in interceptions (4) and pass breakups (4). I personally view Brents as a top-64 talent.

Improving his ball production was crucial for Brents to take that next step as a cornerback prospect. Prior to his four interceptions in 2022, Brents had recorded two interceptions across three seasons. Brents’ length to challenge receivers at the catch point finally led to the desired turnover production. Mobile’s infamous one-on-one practice reps are the ideal environment for Brents’ ball skills and physicality to shine.

A 6-foot-4, 204-pound athletic specimen, Brents is a create-a-player cornerback. He possesses the type of length position coaches dream of getting their hands on. Brents uses that exceptional size and length to disrupt receivers at the line of scrimmage. Brents is a physically imposing corner that thrives in press-man situations. It’s a press-man league and Brents is capable of disrupting a receiver’s timing.

“We played a lot of man coverage at Kansas State,” Brents recently told The Draft Network. “I’m a long guy and I like to get my hands on receivers. I’m big and physical. My physical presence speaks for itself. I make sure guys feel my presence. I understand how to use my length to my advantage. A lot of receivers aren’t used to going up against cornerbacks as long and physical as I am.”

TCU quarterback Max Duggan immediately went after Brents. Johnston got behind Brents for a 53-yard gain in the first quarter. Johnston got the better of Brents on occasion, but Brents wasn’t to be outdone. Brents forced a fumble by punching the ball out of Johnston’s hands and also recorded an end-zone interception while matched up with Johnston in the red zone. There were ups and downs, but it was an excellent matchup that highlighted Brents’ competitiveness and next-play mentality. Brents gave up some things but consistently bounced back by creating game-changing turnovers.

Jim Nagy and the Senior Bowl have fostered an environment that promotes growth and development. Brents is exactly the type of player that’s capable of putting his skill set on display throughout one-on-one reps. Brents possesses an opportunity to enter the top-64 conversation with a strong showing in Mobile.