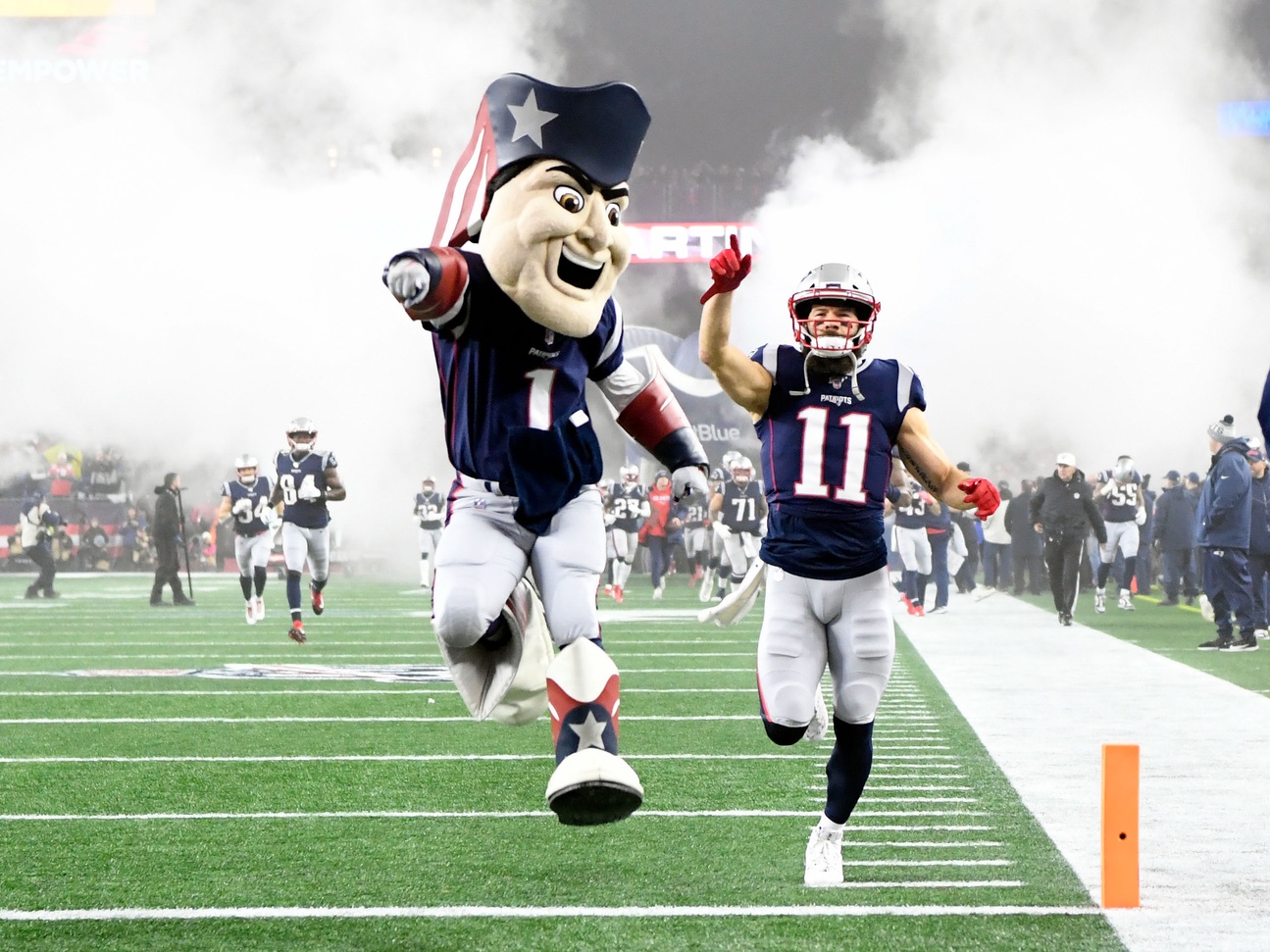 Should Patriots Be Open To Julian Edelman Return?

Former New England Patriots wide receiver Julian Edelman has left the door ajar when it comes to unretiring and returning to the Patriots for the 2022 season. Edelman recently made comments that indicate a return is potentially on the table.

“I don’t know, we’ll see,” Edelman said during an appearance at the Sunset Sports Media Festival in Croatia, via the New York Post, when asked about a potential return to play.

Although the story is worth following with intrigue, the Patriots shouldn’t have any interest in pursuing a reunion with a 36-year-old Edelman.

The Super Bowl LIII MVP, Edelman hasn’t played in a professional contest since making six appearances during the 2020 regular season. Edelman recorded just 21 receptions for 315 receiving yards and zero touchdowns. It represented Edelman’s lowest statistical output in all three categories since the 2012 season when he was still just a part-time contributor (not accounting for the 2017 season, which Edelman missed in its entirety after suffering a torn ACL in the preseason). Edelman underwent knee surgery in late October of 2020 and never returned to the field. Edelman was essentially forced into retirement just months later after the Patriots ended his contract due to a failed physical in April of 2021.

Father time caught up to Edelman. It’s beyond difficult to imagine Edelman retaining health and effectiveness after stepping away from the game more than a year ago.

Edelman was a supremely talented receiver in New England’s offense while displaying unprecedented chemistry alongside Tom Brady, but it’s best to let the past stay in the past. Patriots Head Coach Bill Belichick possessed the utmost respect for Edelman and offensive coordinator Josh McDaniels possessed a high-level understanding of how to maximize Edelman’s skillset from the slot. Edelman deserves partial credit for revolutionizing the slot position after compiling three 1,000-yard plus seasons and routinely playing a starring role in New England’s Super Bowl-winning dynasty. The Patriots have since moved on from Edelman, and the timing to do so was appropriate.

It’s difficult to imagine where Edelman would even fit into a new-look Patriots offense. While it’s plausible to imagine Edelman’s previous skill set meshing nicely with second-year quarterback Mac Jones and his penchant for targeting his receivers underneath, the Patriots have completely revamped their pass-catching options by acquiring DeVante Parker, Jonnu Smith, Hunter Henry, Kendrick Bourne, Nelson Agholor, and Tyquan Thornton, to name a few, over the previous two offseasons. The Patriots’ receiver room is so crowded that N’Keal Harry is moving to tight end. Edelman would be a longshot to even make the Patriots’ final 53-man roster and being released at the conclusion of training camp would damage a reputation and long-lasting legacy he worked so hard to build in Foxboro.

Edelman compiled a historic 620 receptions for 6,822 yards and 36 touchdowns as a Patriot. His postseason efforts add another 118 receptions, 1,442 receiving yards, and five touchdowns to his totals. A former seventh-round selection out of Kent State, Edelman routinely outperformed his draft slot en route to helping the Patriots capture three Super Bowl rings. Edelman is a member of the Patriots’ 2010s All-Decade Team. You can’t bring up Brady and Rob Gronkowski within the walls of Gillette Stadium without also bringing up Edelman. His competitiveness and clutch efforts will forever be remembered fondly by the Patriots faithful. There’s absolutely no need for Edelman to return to the Patriots in 2022.