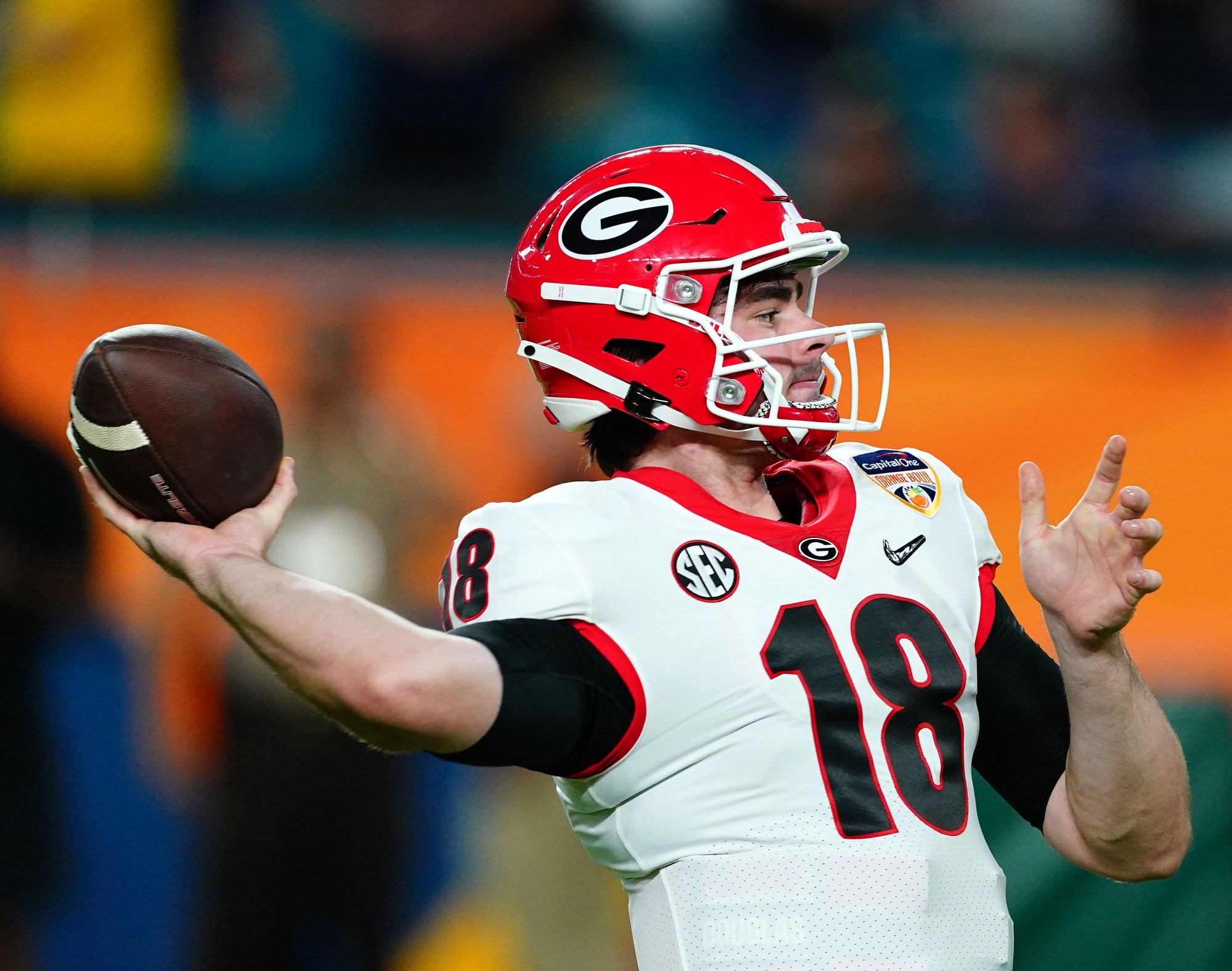 According to multiple reports, Georgia Bulldogs quarterback JT Daniels is expected to enter the transfer portal. The decision comes just days after Daniels took a back seat (yet again) to starting quarterback Stetson Bennett in Georgia's triumph over Alabama in this year's National Championship Game. The former 5-star recruit hits the portal for the second time in his collegiate career after initially trading in USC for Georgia in 2020 A mixture of injuries, inconsistency, and ever-present quarterback competition led to Daniels disappointingly making just seven starts across two seasons at Georgia. Daniels will now look to land elsewhere in hopes of potentially boosting his stock ahead of the 2023 NFL Draft. His ability and untapped potential should attract plenty of interest from programs from all walks of life that are searching for a much-needed boost at the quarterback position. Daniels' next destination will be a hot topic of discussion and we've identified three fits that make sense on the surface as we await the outcome of his decision.

A native of Irvine, California, Daniels first rose to prominence at Mater Dei High School in Santa Ana. Daniels threw for an astounding 12,014 yards and 152 touchdowns throughout a historic high school career that quickly made him one of the most beloved prospects in the state. Daniels initially remained in-state by committing to USC, but an unfortunate torn ACL injury paired with the emergence of Kedon Slovis ultimately led Daniels to depart the state in search of greener pastures. It didn’t work out for Daniels at Georgia either, and a triumphant return to the comforts of his home state could be what he needs in order to fulfill his true potential. Golden Bears head coach Justin Wilcox has acknowledged the possibility of pursuing a veteran quarterback via the transfer portal following Chase Garber’s decision to enter the 2022 NFL Draft. Former Nebraska quarterback Adrian Martinez reportedly visited Cal’s campus before ultimately landing at Kansas State. Wilcox and the Golden Bears may still find themselves hot on the pursuit of a veteran quarterback ahead of the 2022 season. Daniels would make a ton of sense.

How the Rebels have yet to attract and finalize the transfer of a big-time signal-caller in this year's portal is beyond me. Head coach Lane Kiffin possesses a brilliant offensive mind and has helped elevate plenty of collegiate quarterbacks throughout his coaching career. There may have been hesitancy surrounding Ole Miss as a destination as rumors of Kiffin's departure began to swirl, but Kiffin recently signed a lucrative contract extension that will keep him in Oxford for the time being. Kiffin's presence alone makes this destination incredibly intriguing. Matt Corral experienced an outstanding season under Kiffin’s watchful eye in 2021 and now has the opportunity to be the first quarterback selected in the 2022 NFL Draft. Corral's departure leaves Ole Miss with a sizable hole at the quarterback position. Luke Altmyer is currently the favorite to start the regular-season opener against Troy, but Altmyer is an extremely inexperienced quarterback. Kiffin doesn't seem the type to hitch his wagon on such a gamble and should remain aggressive in his efforts to land a legitimate star via the transfer portal. Daniels is aiming to revive his career, and Kiffin is the type of coach that can make it happen.

New head coach Brian Kelly arrives in Baton Rouge with the weight of the world on his shoulders. Kelly was handed an extremely lucrative contract to bring his coaching talents to LSU as the program hopes to restore itself to prominence while firmly placing consecutive disappointing seasons in their rearview mirror. Expectations are present in abundance and Kelly will be pressured to deliver. The former Notre Dame head honcho did an incredible job building and sustaining a respected program in South Bend and is expected to do the same for the Tigers. The outcome of Kelly’s first season may largely depend on the quarterback position, which currently looms large. Senior quarterback Myles Brennan is returning to LSU for his final season of eligibility in 2022 but is largely an unknown commodity after missing the entire 2021 season with a severe arm injury. Brennan has starter-level talent but has struggled to stay healthy. He may face some competition from true freshman Garrett Nussmeier, and incoming 5-star quarterback Walker Howard has a chance to get into the mix by season’s end as well. Kelly may be content to roll forward with these two quarterbacks, but landing a more proven signal-caller such as Daniels this late in the game would give the Tigers a better chance at stacking victories throughout the 2022 season.