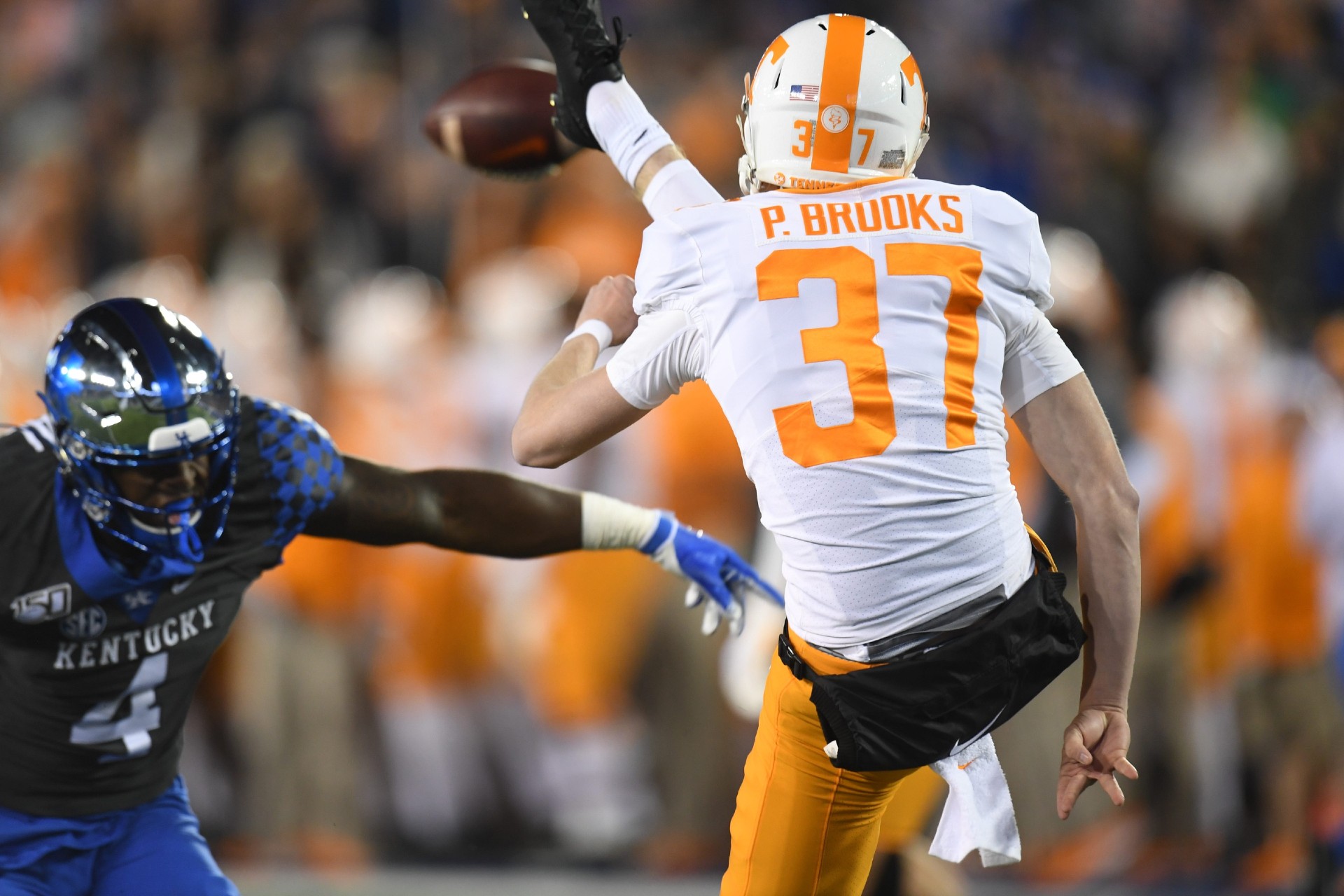 Getting To NFL Just Means More For Josh Paschal

Kentucky EDGE Josh Paschal is a technician. He’s spent his last few years honing his game to become one of the most scheme-diverse edge players in this draft class. He was productive at Kentucky against SEC talent for five seasons. In 2021, Paschal had 52 total tackles, 15.0 of which were for loss, 5.0 sacks, and forced a fumble.

He credits his coaches for setting him up in film study. It’s resulted in a very intelligent player that can play all along the defensive line, just like he did for the Wildcats.

“So for a four or five-technique, say I’m rushing off the edge, you’re going to get your punch on the third kick,” Paschal said to reporters in Indianapolis. “You want to beat that tackle when he gets to that third kick because you’re going to make him uncomfortable. That’s what it’s all about. It’s all about starting out with speed because you want to get these tackles uncomfortable. And then when you move inside, as far as guards and centers, you have to know if the slide is coming to you or not. That’s more of a field thing once the ball is hiked. If you can pick up some tendencies before that through different motions or whatever.”

He goes on and on and on. Unsurprisingly, the player he likes watching most is Los Angeles Rams defensive lineman Aaron Donald. But it’s because Donald does all the things Paschal likes to do as far as playing all over the line.

That kind of understanding of the game and work ethic doesn’t magically appear out of nowhere, though. Paschal has been like that since he was a child. It’s not unique for kids to start playing football at five years old, sure, but obsessive treadmill sessions to make certain weights despite a fear of a dark, dingy basement (relatable), isn’t as common.

“You can ask my mother, she would tell me stories about when I was five years old trying to make weight for little league,” Paschal said. “It would be 11 o’clock at night and I’d go downstairs in the basement and get on the treadmill. I’d get my sister to come down there because I was scared of the dark and she would watch TV while I was running on the treadmill at five years old. My parents, they raised me right. I have a strong work ethic. My mom always tells me she never seen anything like it and that’s something that won’t change with this game, doesn’t matter what level”

That work ethic and obsessiveness about the game has indeed carried with him not only through football but also taking him through the unimaginable before his sophomore season. In the summer of 2018, Paschal was diagnosed with malignant melanoma and required multiple surgeries.

He played that season.

“My biggest hurdle was definitely my cancer diagnosis,” said Paschal. “Being able to overcome that took a lot but there was a lot of wisdom in those trials. It made me appreciate this even more. I’m beyond thankful, grateful to be here at this combine. I almost got it taken away from me and to get here took a lot of hard work, a lot of dedication.”

A lot of hard work and dedication that he can now apply to the next level and next chapter in his life.