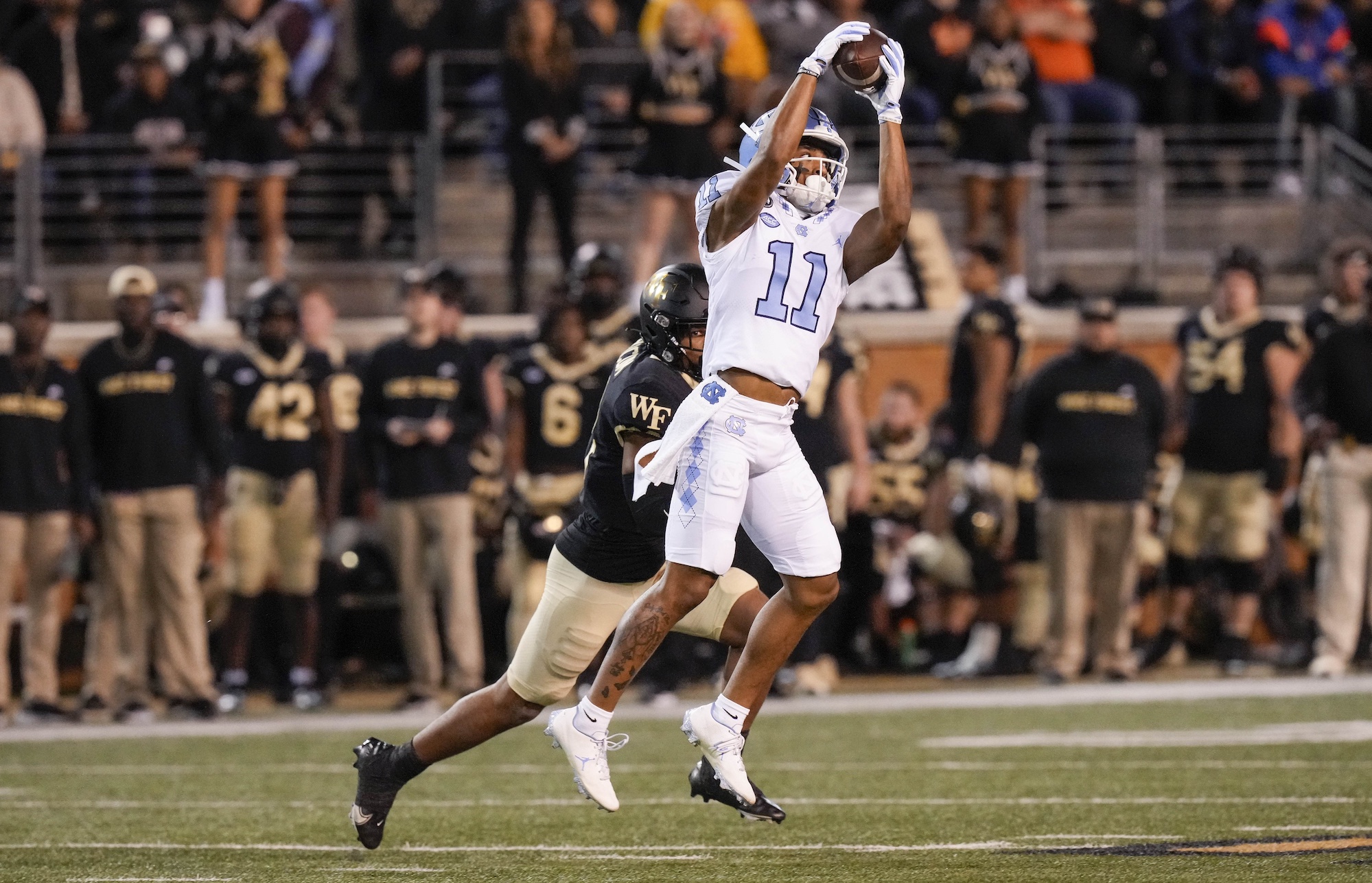 The No. 39 overall player in our TDN100 October update, Downs may continue climbing our board in November and beyond. Downs is playing on another planet right now. Through North Carolina’s latest three contests, he’s totaled 37 receptions for 422 receiving yards and six touchdowns. Downs has recorded at least 11 receptions in three consecutive showings.

The 2023 class of receivers is being muddied by the circumstances. Jordan Addison just returned this past weekend from a multi-week layoff due to an unspecified lower-body injury. Kayshon Boutte has recorded just one 100-yard performance for LSU this season and may face maturity questions following a social-media-related incident earlier in the season. Once considered a surefire first-round selection, even Ohio State’s Jaxon Smith-Njigba is now facing questions following recurring hamstring issues and lackluster performances. Downs has taken full advantage of his opportunities amid a sea of uncertainty.

A First-Team All-ACC selection in 2021, Downs set previous career highs in receptions (101) and receiving yards (1,335) last season. Downs missed two contests with injury earlier this year, which may prevent him from setting new personal bests. On a per-game average, however, Downs is outproducing last season’s standout performance (9.25 receptions per game this season versus 7.7 last season, and 106 receiving yards per contest versus 102.70 last season) despite setting the bar so high in 2021. Downs is averaging a chain-moving 11.4 yards per reception.

Downs possesses game-changing burst. Downs is a detailed route-runner that stresses opposing defensive backs vertically on what feels like a snap-by-snap basis. A slippery playmaker with the ball in his possession, Downs is a legitimate run-after-catch threat. Downs will have to answer size-related questions (5-foot-10, 171 pounds) throughout the pre-draft process, but his elite athletic profile will earn him a first-round grade from various teams.

Return abilities via special teams also make Downs a versatile and more appealing prospect. Across three seasons, Downs has returned a total of 22 punts for 263 total yards. He’s averaging an explosive 17.8 yards per punt return this season. It will factor into Downs’ pre-draft evaluation profile.

The Tar Heels rank fourth in the nation in total offensive yards per contest (505.5). Starting quarterback Drake Maye ranks third in the nation among all quarterbacks in passing yards (3,412). Maye is a potential Heisman candidate in a year that lacks a runaway winner. Maye and Downs have formed one of college football’s most exciting quarterback-receiver duos.