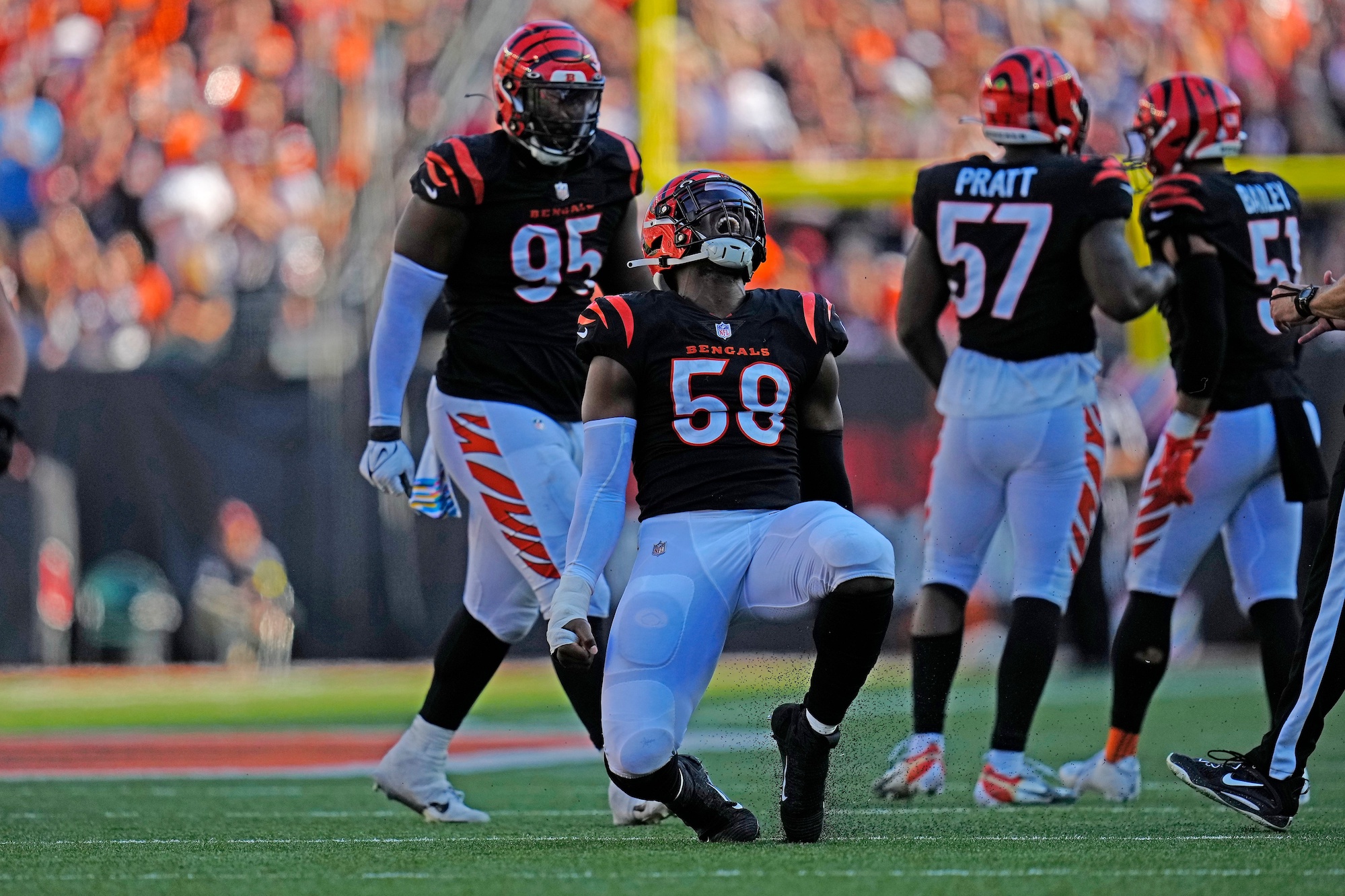 Joseph Ossai Starting To Emerge As A Bengals Playmaker

After being drafted in the third round in 2021 by the Cincinnati Bengals, EDGE Joseph Ossai’s rookie season was non-existent. Following a knee injury that kept him out his entire first year, early impressions in 2022 have showcased a player for Bengals brass to get excited about moving forward.

A product of the Texas Longhorns, Ossai checks a ton of boxes off the edge. And for a defense that currently sits 25th in the league in sacks (8), recording his first QB takedown in Week 7 against the Atlanta Falcons is a banner of optimism moving forward. Despite rostering Trey Hendrickson and Sam Hubbard, if there’s one position you can’t have enough of, it’s edge rushers. And although a substantial snap count for Ossai has yet to be exercised by defensive coordinator Lou Anarumo—13 snaps against the Atlanta Falcons and 17 against the New Orleans Saints the week prior—a season-high 40 in Week 3 against the New York Jets has seen his workload begin to increase.

But if the Bengals eye another trip to the Super Bowl, and look to compete once again with the Kansas City Chiefs and Buffalo Bills in a deep but underwhelming—so far—AFC, an uptick in Ossai’s snaps at 5-tech could come sooner rather than later for a talent head coach Zac Taylor expects to be a core piece within the trenches. Mostly deployed as a designated pass rusher ‘DPR’ through the first month and a half of the campaign, by no means is Ossai playing his best football right now. However, the signs of what’s to come down the road have remained overwhelmingly apparent.

Take this rep against Jake Matthews for example in which Ossai sells the stunt seamlessly. With Zach Carter (95) to his inside shoulder, Ossai plants his left foot in the ground to bait Matthews into thinking he’s working behind Carter. While the 3-tech in Carter occupies both linemen on the left side—and is ultimately pancaked—Ossai quickly spins off his anchor and into the lap of Marcus Mariota. It was crafty, savvy, and provided a glimpse into the past when we saw Ossai amass 10.5 total sacks in 2020 and 2021 combined to wrap up his career in Austin.

And now, as the Bengals begin to find their footing on offense, it’ll be on Ossai to find consistency when his number is called. With snaps comes opportunity, and while Hendrickson (3.5 sacks) and Hubbard (2.5) currently lead the way in wrangling down opposing quarterbacks, Joseph Ossai could have all the tools in the bag to become a high-level rotational piece for Cincinnati moving forward.