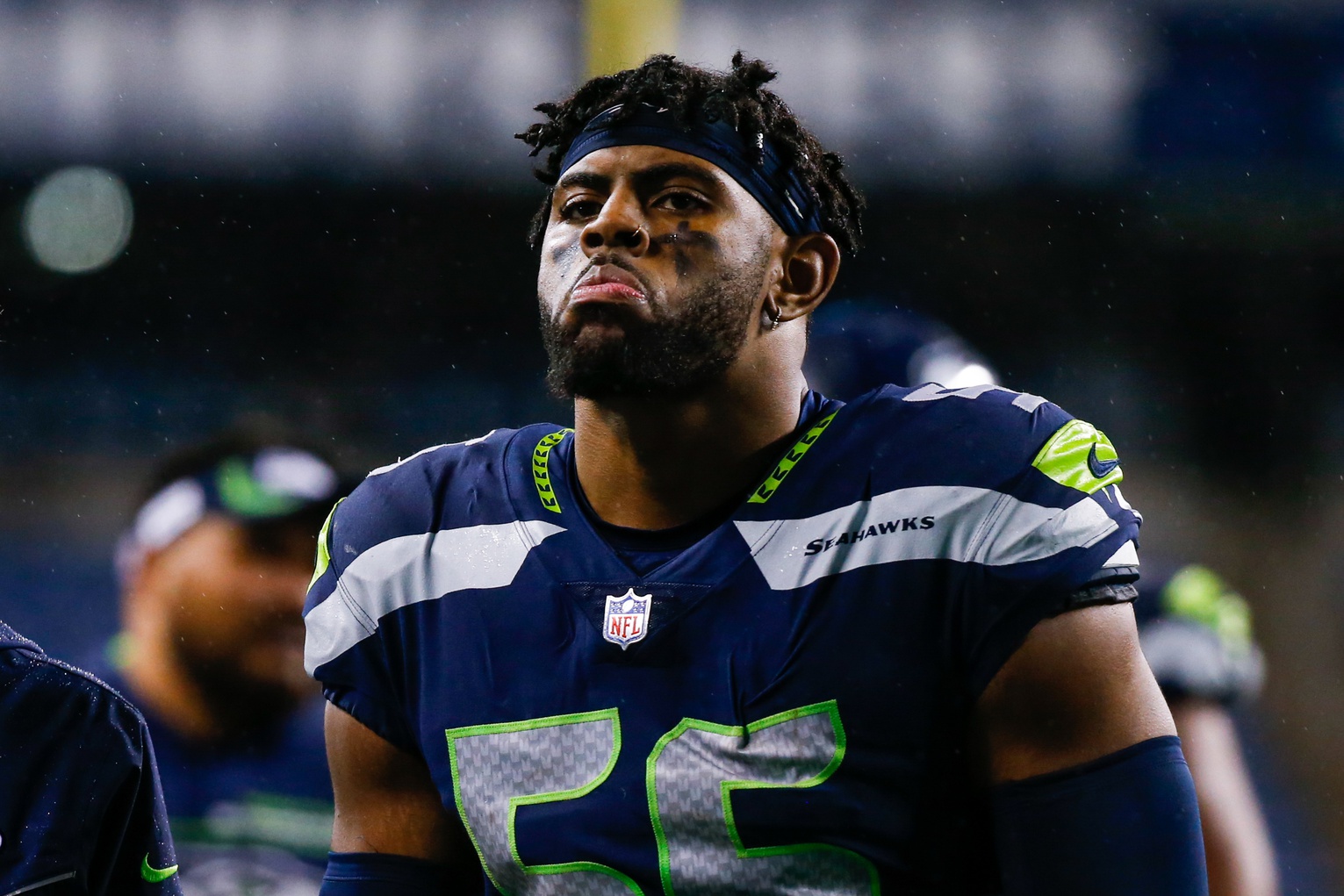 The 5-3 Seattle Seahawks have rounded off three consecutive victories and currently sit atop the competitive NFC West. Elite performances from their star players have been the driving force behind Seattle’s recent success. Linebacker Jordyn Brooks has been a massive contributor. Brooks leads the Seahawks in tackles with 78, which ranks fifth overall in the league.

JM: You’ve teamed up with Campbell’s Chunky to host a food donation event at Plymouth Housing in Seattle as part of the Chunky Sacks Hunger relief program. The program is designed to fight food inequality. Why is this cause so important to you and your family?

Jordyn Brooks: I think it’s important to give back, period. That qualifies for whatever I’m doing. I’ve been blessed to be in a position to give back to my community. I identify with this program but I found myself in a similar situation throughout my childhood. I know what it’s like to fight through these unfortunate circumstances. Now that I’m in a better position, giving back is a no-brainer for me.

JM: What a huge divisional game against the Arizona Cardinals this weekend. Is it different when preparing for a common opponent you’re so familiar with like Arizona?

Jordyn Brooks: I would say yes, it’s definitely different. We’ve gotten to know them pretty well over the years and vice versa. They have a uniqueness about them in relation to the quarterback they have under center. The offense they run is also a very unique system. Playing against a divisional opponent guarantees a fun matchup.

JM: You’re of course referring to Kyler Murray, who you’ve played against a few times now. You’ll do so again on Sunday. What are some of the challenges he presents?

Jordyn Brooks: His athletic ability is off the charts. He’s able to improvise and extend plays with his feet. He gets himself out of trouble by navigating and extending the pocket. As an opposing defender, you have to stay disciplined while rushing him. You have to keep him from escaping the pocket. That’s when he makes his best plays. He’s going to challenge our defense this weekend.

JM: The Seahawks are sitting at 5-3 and in first place in the NFC West. You’re viewed as one of the most surprising stories of the 2022 campaign. Take me back to training camp. Was there a feeling around the group like, “Why not us?” Why can’t the Seahawks win this division and get into the postseason?

Jordyn Brooks: I’ll take you back even further than that. That’s how we felt during organized team activities (OTAs). We knew that we could be a pretty good football team. It was just a matter of putting all the pieces together. We had to build that chemistry and make sure we were gelling as a unit through those summer months. That’s exactly what we did and you’re witnessing the payoff right now. The special teams, offense, and defense, we’ve all come together as one unit. It’s leading to victories.

JM: Speaking of building that chemistry, Clint Hurtt is the new defensive coordinator in Seattle. He’s in his first season. What’s been the biggest philosophical shift under coach Hurtt?

Jordyn Brooks: We’re playing a different style of defense this season. We’re running a lot more coverages than we did last season. We’re making life difficult for opposing quarterbacks. They’re having a tough time dissecting what we’re doing. We’re disguising our looks successfully. I think that’s starting to pay off for us right now. We’re really starting to roll here.

Seahawks fans, want to know more about Jordyn Brooks? Check out his TDN Scouting Report below.

JM: I want to get your thoughts on the way Geno Smith is playing at quarterback. There was a lot of disrespect for Geno this summer. A lot of people were talking about how the Seahawks needed to acquire a quarterback. Give credit to general manager John Schneider and head coach Pete Carroll who stood by Geno the entire time and refused to draft or sign a quarterback.

Jordyn Brooks: Geno is playing phenomenal football right now. Like he said, they wrote him off, but he didn’t write back (laughs). I think he came into this season with a lot to prove to himself more so than anybody else. He worked hard throughout the offseason. He waited patiently for his moment to arrive. He’s taking full advantage of his opportunity right now.

JM: Geno is scheduled to reach free agency. Does Seattle need to give him the bag?

Jordyn Brooks: They don’t pay me enough to make those decisions (laughs). That’s way above my pay grade. I would love to have Geno back, for sure. As long as he keeps throwing the ball as well as he’s throwing it right now, he’s always welcome to stay in Seattle (laughs). He’s scoring a lot of touchdowns for us right now.

JM: He sure is. This rookie class in Seattle looks special. Charles Cross and Abe Lucas are playing well at the bookends. Ken Walker III is running the football effectively. Tariq Woolen is locking down one side of the field. Boye Mafe and Coby Bryant are contributing. You’ve been around several rookie classes. What makes this one different?

Jordyn Brooks: It’s a deep class. Those guys came in ready to play. We saw it during OTAs. They had a great offseason from a preparation standpoint. They were ready to contribute as soon as the season started. Our coaching staff threw them into the fire and not one of them flinched. It’s been cool to see. This rookie class is really paying off for us right now. They’re helping us win a lot of football games.

JM: I want to reflect on your draft experience a little bit. A lot of people were surprised when the Seahawks drafted you in the first round, but you’ve met expectations and proven the front office right. How do you look back on that?

Jordyn Brooks: I just thank God for that moment whenever I get an opportunity to reflect on my NFL draft experience. I didn’t really care about people thinking it was a surprise or whatever you wanna call it. I knew what I was capable of, and the front office believed in my abilities. I just thank God for that moment. I’m still thankful today. I’m glad to be here in Seattle.

JM: I’ve appreciated your time today, Jordyn. In closing, are there any prospects at Texas Tech we need to be paying close attention to? Tyree Wilson is pretty special.

Jordyn Brooks: You said it. Tyree Wilson is a beast rushing the passer right now. He’s a defensive end that’s applying a lot of pressure on quarterbacks on a weekly basis. Keep your eyes on him. I think he might be a top-10 draft pick.