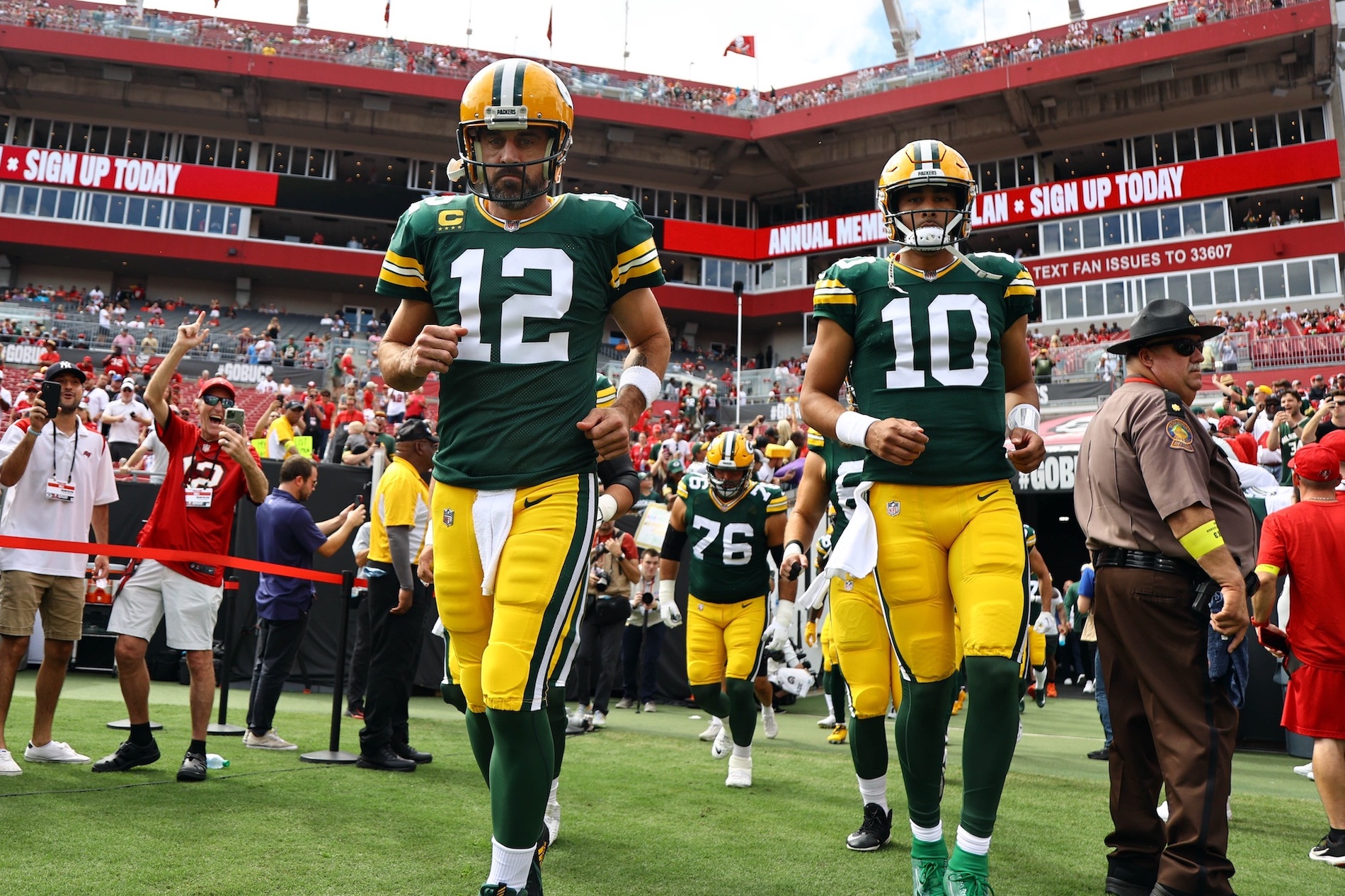 The 3-6 Green Bay Packers are swiftly heading toward a lost campaign. Losers of five consecutive contests, the Packers are tied for second place alongside their arch-rival Chicago Bears in the NFC North. The Detroit Lions, who defeated the Packers in Week 9, aren’t far behind. The 6-1 Minnesota Vikings are running away with the division crown. The Packers may consider playing backup quarterback Jordan Love at some point.

Head coach Matt LaFleur isn’t going to necessarily bench Aaron Rodgers for lackluster play. While Rodgers’ performances have left plenty to be desired, Rodgers is still a four-time MVP signal-caller who just signed a three-year contract extension worth $150.8 million with $101.5 million guaranteed in March of this year. That extension made Rodgers the highest-paid player in North American sports history on an annual basis.

Rodgers’ permanent standing as the face of Green Bay’s franchise makes “benching” him a borderline impossible scenario. But if things keep trending the way they currently are for the Packers, evaluating Love prior to the 2023 campaign may become a necessary outcome for LaFleur and general manager Brian Gutekunst. It’s worth monitoring as the season progresses.

Playing Love down a meaningless stretch isn’t identical to replacing Rodgers under center while the Packers’ faint playoff hopes remain alive. Rodgers would turn 40 years old during the 2023 campaign. Rodgers is currently experiencing one of his worst professional campaigns. The Packers don’t currently appear capable of legitimately competing for a Super Bowl in 2022 or 2023. Retirement is an option for Rodgers.

The best way for the Packers to prepare for Rodgers’ potential departure is to evaluate whether they’d need to add a quarterback during the offseason. Love is just 6-of-9 for 73 passing yards this season. During the preseason, Love completed 41-of-76 (53.9% completion percentage) passing attempts for 437 yards, three touchdowns, and four interceptions. Love added 42 rushing yards to his offensive totals via eight scrambles. Much like the majority of Love’s professional showings, it was a rollercoaster.

Whether or not Love is capable of serving as a legitimate franchise quarterback remains unknown. It’s worth acknowledging that Packers First-Team All-Pro linebacker De’Vondre Campbell, who evaluates Love in practice, is full of confidence on the subject. Campbell recently showered Love with praise.

“He’s a starting quarterback,” Campbell said in relation to Love during a recent media appearance. “He’s a better quarterback than a lot of quarterbacks in this league.”

Love made two starts during his sophomore 2021 campaign after essentially redshirting his rookie 2020 season. One start occurred against the Kansas City Chiefs while Rodgers was unavailable due to COVID-19 protocols, and the second came in Green Bay’s meaningless regular-season finale against the Detroit Lions. In those two showings combined, Love completed 29-of-51 passing attempts for 324 passing yards, two touchdowns, and three interceptions. The Packers lost both contests.

The Packers’ season is heading in the opposite direction of what their offseason aspirations looked like. Season-saving solutions don’t appear on the horizon. The Packers’ decision-makers possess legitimate value in evaluating Jordan Love down the stretch.