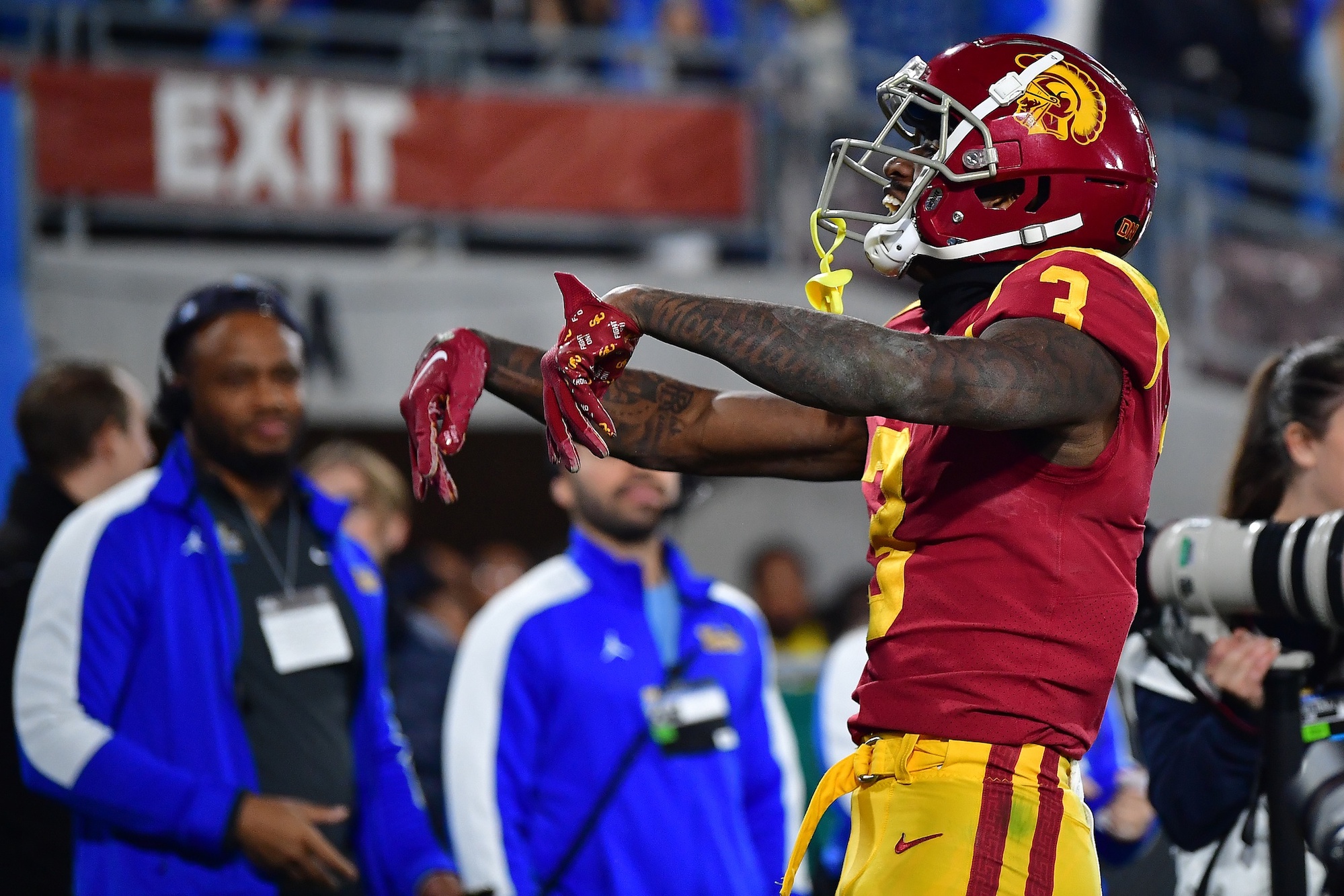 Is Anyone Even Close To Jordan Addison As WR1?

USC wide receiver Jordan Addison exploded for a resume-defining game in Saturday’s instant classic 48-45 victory over rival UCLA. Addison had his way with an unsuspecting Bruins defense, recording 11 receptions for 178 receiving yards and one touchdown. Addison averaged an explosive 16.2 yards per reception.

It was yet another massive performance for college football’s premier pass-catcher. Addison is currently the WR1 in the 2023 NFL Draft and it isn’t particularly close.

Addison’s 34-yard touchdown gave the Trojans a 27-24 lead midway through the third quarter. It represented USC’s first advantage of the contest. USC never relinquished the lead.

Saturday marked a triumphant performance for Addison, who totaled season-highs in receptions and receiving yards. It was Addison’s fourth 100-plus-yard showing of the season. Addison is back on the map after recently returning from a multi-week layoff due to an unspecified lower-body injury. Addison has now recorded 51 receptions for 765 yards and eight touchdowns through nine appearances. USC’s passing offense runs through their alpha receiver.

The No. 8 overall player and No. 1 receiver in November’s TDN100 update, Addison is a technically advanced route-runner that attacks coverage with precise timing. Addison creates separation with ease due to a refined skill set. There are no wasted movements or steps as Addison alters his pace and gets in and out of his breaks as necessary.

Six receivers were selected in the first round of the 2022 NFL Draft. It was an appropriate follow-up to a 2021 class that saw five receivers drafted within the top 32 picks. Rostering high-end pass-catchers is a necessity in today’s pass-happy league, but the 2023 class appears to lack the depth of its recent predecessors. Addison is pulling away from the competition.

Addison entered the campaign jockeying for position to be April’s first receiver off the board alongside fellow playmakers, but his competitors haven’t enjoyed the season he has. LSU receiver Kayshon Boutte has one 100-yard performance under his belt this season and may face questions regarding his maturity during the pre-draft process following a peculiar social-media-related incident. Once considered a foolproof top-20 talent, the book on Ohio State’s Jaxon Smith-Njigba is no longer clear following recurring hamstring issues and lackluster performances. Addison has taken full advantage.

The 2021 Biletnikoff winner, Addison transferred to USC from Pitt in order to improve his pre-draft stock. After sorting through a plethora of potential suitors, Addison decided to align himself with Trojans head coach Lincoln Riley. Riley possesses one of the most brilliant offensive minds in the nation and he’s proving capable of highlighting Addison in his offense. Addison’s decision to transfer from Pittsburgh to USC is having a positive impact on his 2023 stock.

USC is currently the No. 5 seed in college football’s latest poll, climbing two spots (from No. 7) following the victory over UCLA. The Trojans possess an excellent opportunity to qualify for college football’s four-team playoff. Addison may showcase his talents on the biggest stage.

Jordan Addison is proving to be a difference-maker on a weekly basis. He’s currently the overwhelming favorite to become the first receiver drafted in April. It would be the appropriate response to the campaign Addison is currently stringing together.