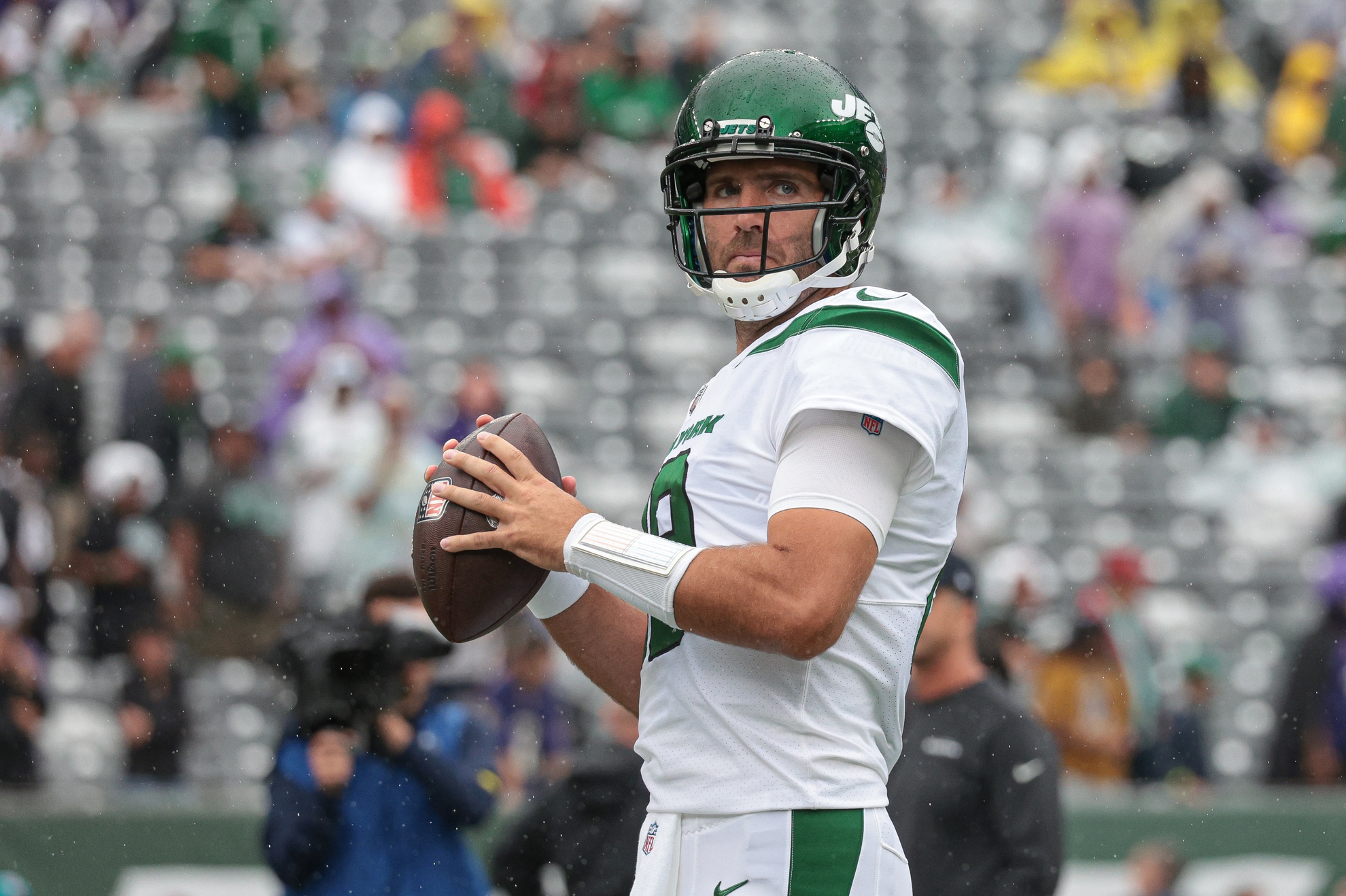 Is Starting Joe Flacco Week 2 The Right Decision For Jets?

The New York Jets’ offense was abysmal in their 24-9 Week 1 defeat to the Baltimore Ravens. Veteran backup quarterback Joe Flacco received the start in place of the injured Zach Wilson. The immobile Flacco was largely ineffective behind a struggling offensive line that is down to its third-choice left tackle.

Flacco completed 37-of-59 passing attempts for 307 yards, one touchdown, and one interception. Jets head coach Robert Saleh confirmed Flacco will start their Week 2 contest against the Cleveland Browns despite fan frustration with Flacco’s performance. It’s unfortunately the right decision given the Jets’ less-than-desirable situation under center.

Flacco may be on a short leash against the Browns. Veteran backup Mike White is the alternative option. Saleh clearly possesses more faith in Flacco’s abilities and his beliefs aren’t unfounded. Jets faithful romanticized White last season after a historic late-October performance against the Cincinnati Bengals, but White’s momentum quickly dwindled. In White’s final start in 2021, he completed just 24-of-44 passing attempts (54.5%) while throwing four interceptions in a 28-point loss to the Buffalo Bills. White isn’t the answer.

Flacco now prepares for a showdown with a Browns defense that allowed the Carolina Panthers to throw for 207 net passing yards in a Week 1 victory. Cleveland’s secondary held Baker Mayfield to 235 passing yards. Browns safety Grant Delpit recorded an interception. Mayfield was also sacked four times by Cleveland’s talented defensive front. The Browns will present a challenge for Flacco.

Run blocking was an all-around issue. Rookie ball-carrier Breece Hall made a whimper of a debut, gaining 23 yards on six carries. Hall averaged 3.8 yards per carry and lost a fumble. Hall added 38 receiving yards via six receptions as a check-down option. It offered a glimmer of hope regarding Hall’s usage, but the Jets needed more pure rushing production from Hall, especially with their starting quarterback on the mend. Benching Flacco doesn’t solve any of these issues.

The unfortunate truth is the Jets haven’t caught any early-season luck. Wilson is out until at least Week 4 after undergoing successful knee surgery (Wilson had the meniscus in his right knee trimmed). Starting left tackle Mekhi Becton suffered a season-ending knee injury in early August. Jets general manager Joe Douglas responded by signing veteran left tackle Duane Brown, but Brown injured his shoulder in practice and landed on IR.

When it rains, it pours. The Jets are attempting to survive mounting adversity.

Injuries are quickly threatening to derail what was once viewed as a promising Jets campaign. There are no overwhelmingly positive answers to be found. Starting Joe Flacco against the Browns remains the appropriate decision given the circumstances.