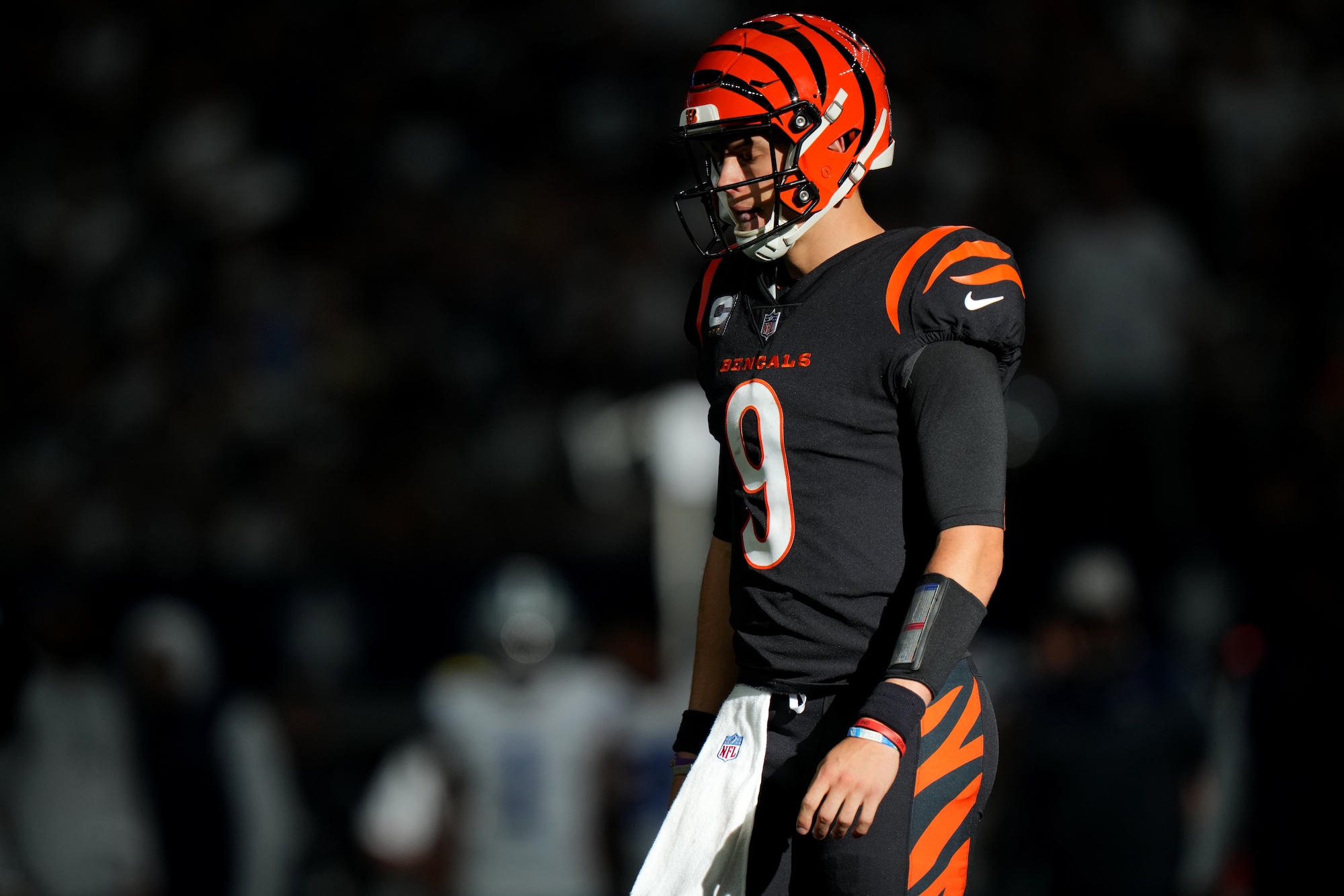 It’s Too Early To Worry About Joe Burrow, Bengals

Joe Burrow and the Cincinnati Bengals are not off to a hot start, but it’s too early to hit the panic button on the reigning AFC Champions and their quarterback.

It’s true that the two losses have come against a Pittsburgh Steelers team struggling at quarterback and a Dallas Cowboys team that has already lost their starting quarterback to injury. Those aren’t great losses, especially when it has more to do with how poor Cincinnati’s offense has played thus far versus bad defense. The good news is there are 15 games left in the season to right the ship, and even at 0-2, the Bengals are just one game out of first place with every other AFC North team sitting at 1-1.

Let’s break down some of the ugliest parts of what we’ve seen from the Bengals through two weeks, starting with the performance of their quarterback. First, the elephant in the room needs to be addressed: the offensive line and the number of sacks Joe Burrow has taken. Through Week 2 action, Burrow has been sacked 13 times. The rest of the AFC North quarterbacks have been sacked a collective eight times.

“Oh no!” You, a Bengals fan or general follower of offseason moves, might be saying. “The Bengals spent all this money and draft stock investing in their offensive line, but it looks even worse than it did last year!” Well… not so fast.

When it comes to pressure rate, Burrow actually isn’t pressured significantly more than, well, anyone else. He actually ranks 17th in the league in pressure percentage, facing pressure on 24.5% of his dropbacks. Teams with truly bad offensive lines, like the Giants and Bears, have allowed pressures on well over 30% of dropbacks.

The problem is that Burrow is getting sacked far too often when he’s under pressure. Per The Athletic, the third-year quarterback has been sacked on 38.2% of pressures in the first two weeks. That is by far the highest pressure-to-sack conversion rate of any quarterback right now, with only three other quarterbacks having a rate any higher than 27%.

Burrow needs to improve his pocket awareness going forward to avoid taking so many sacks and to get the offense back on track. The way he plays—relying on explosive plays and deep passes—often means he holds onto the ball longer than most other quarterbacks. That’s all well and good, and obviously it worked last season, but he needs to get better about avoiding pressure if he’s going to keep playing that well.

Burrow’s issues could very well be a result of missing time (and reps) in training camp and preseason after his appendix surgery. If that’s the case, he’ll be able to adjust as he gets more reps while the season continues. That lack of reps could also explain all of the mental mistakes he made in Week 1 with his four interceptions. He cut down on the picks in Week 2, but the sacks continued to mount.

The offensive line isn’t totally blameless in the sacks issue but they don’t deserve nearly as much blame as they’ve been getting. Still, doing things like leaving Cowboys edge rusher Micah Parsons unblocked is not the best strategy in keeping Burrow upright.

Like Burrow though, things only stand to improve as their offensive line featuring four newcomers gets better at communicating and playing as a cohesive unit as the season progresses.

There’s also still plenty to like about the Bengals, even as they’re struggling to win games. Wide receivers Ja’Marr Chase and Tee Higgins are still explosive and productive when Burrow stays upright, and their defense has done well to keep the team in games even as the offense struggles.

Once the offense gets things back on track—which will happen eventually—the Bengals will be alright. Remember, at this time last year, Cincinnati was 1-1 after a loss to the Bears in which Burrow threw three picks on three straight pass attempts. The Bengals would go on to lose to Jets backup quarterback Mike White in Week 8, then still won 10 games to win the division and eventually the conference.

There’s so much season left for the Bengals and Joe Burrow to eventually right the ship, especially as the rest of their division still looks vulnerable. It’s not yet time to even consider pulling out the panic button.