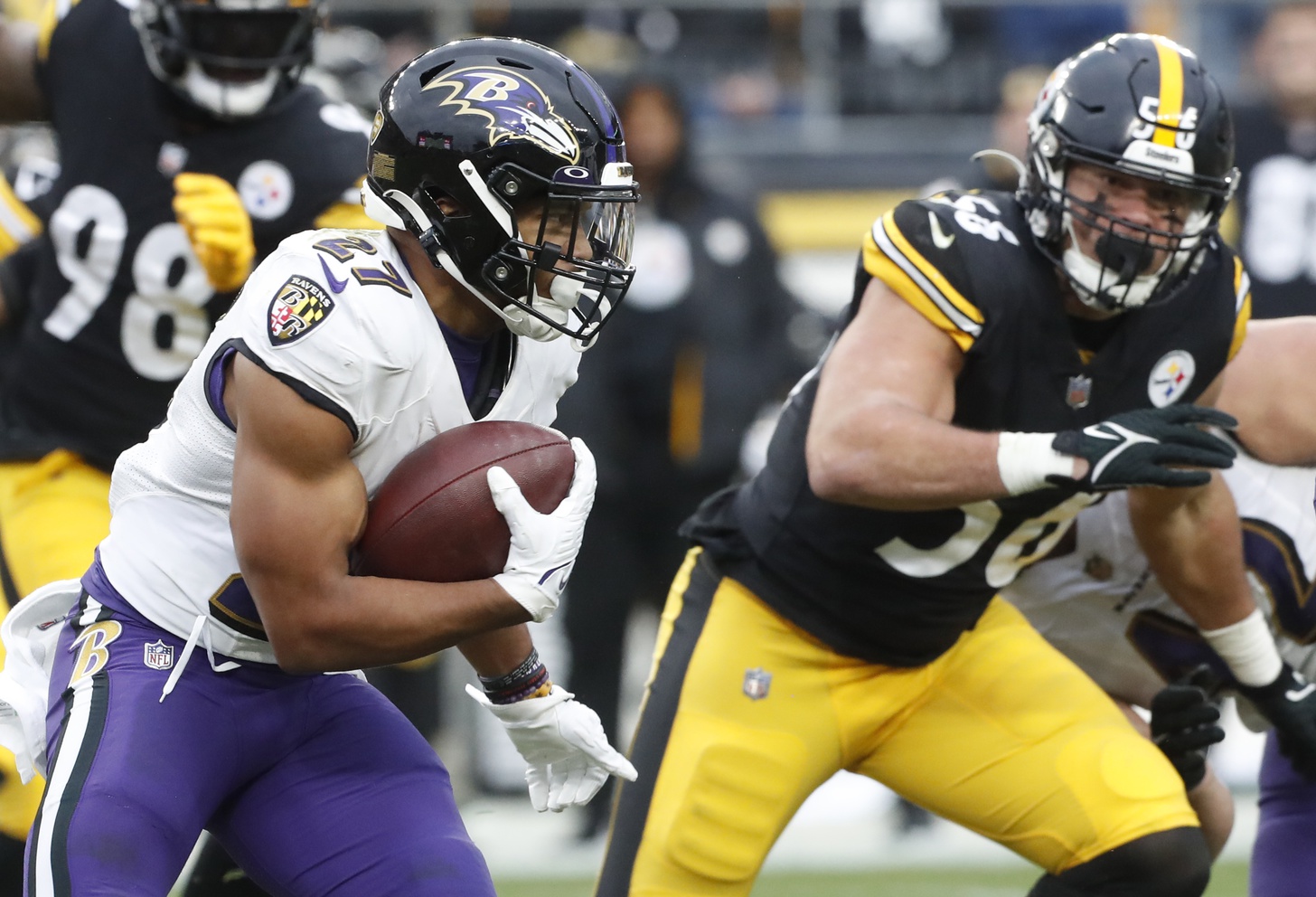 When the Baltimore Ravens activated running back JK Dobbins off of injured reserve on Saturday evening, it was hard to know what to expect from him coming into Sunday’s game. He had missed the first two weeks of the season while still recovering from his ACL tear last year, then played just four weeks in 2022 before suffering another knee injury in Week 6.

On Sunday afternoon in a division rivalry game against the Pittsburgh Steelers, Dobbins stepped up and delivered a near-vintage performance.

For the Ravens, that was a big deal for a couple of reasons. For one, Dobbins has long factored into Baltimore’s plans for the future of its offense as the lead back, but he’s been held back by injuries for most of his career after a great rookie season. Having him back healthy this season and playing well is big for their hopes for an AFC North title. For two, the Ravens needed their third-year running back to step up in a big way with quarterback Lamar Jackson still out with an injury heading into Sunday’s game. Dobbins’ success became an even bigger necessity for the offense to succeed when their backup quarterback, Tyler Huntley, left the matchup with a concussion halfway through the third quarter.

Fortunately for Baltimore, Dobbins’ strong performance in his first game in eight weeks was just enough of a spark for the offense. He had some explosive plays and averaged eight yards per carry during the game en route to 120 rushing yards on 15 carries, his first touchdown since Week 4 and a massive Ravens win.

TUNE IN ON CBS! pic.twitter.com/h1XvbxZcFm

Tune in on CBS!! pic.twitter.com/juLDEXRc2m

The initial explosiveness and great contact balance Dobbins always had are both still there even after a couple of knee injuries. He’s still bursting through the right gaps once he sees things open up in front of him, blasting his way through the first and second levels of the defense and lowering his shoulder for extra yards.

What’s worth noting though, particularly on that big, 44-yard run, is that Dobbins still seems to be missing that second gear that made him so successful in college and as recently as his rookie year. Steelers safety Minkah Fitzpatrick is a great athlete to be sure, but the young running back used to have the kind of afterburners to make that a non-factor.

If you watch the big run against the Steelers closely, it looks like Dobbins still is favoring his right leg while not quite getting full extension on his left, the one with the reconstructed ACL. That slowed him down enough for Fitzpatrick to catch up to him just shy of the end zone. Obviously, the third-year back’s reactivation doesn’t necessarily mean his knee is up to 100%. Dobbins has only been back for one game and he should only feel better as time goes on. Still, whether Dobbins’ reconstructed knee will hold him back is something to keep an eye on in the next few weeks and even into next year.

Even though clearly not yet 100%, Dobbins is still playing at a high enough level that the Ravens have to be very excited to have him back, especially as their quarterback situation seems to get worse and worse each week. And to make sure the third year doesn’t take too much of a beating as he works himself back into peak form, the team still has another talented running back in Gus Edwards to help carry the load and keep Dobbins fresh. Even in Dobbins’ rookie season, he and Edwards split carries nearly evenly. Now, after a couple of knee injuries, that isn’t something that’s likely to change.

The Ravens’ biggest strength, their rushing attack, got even stronger on Sunday with Dobbins’ return. As they continue their push for an AFC North title, the third-year back will make—and already has made—a big impact down the home stretch of the regular season.