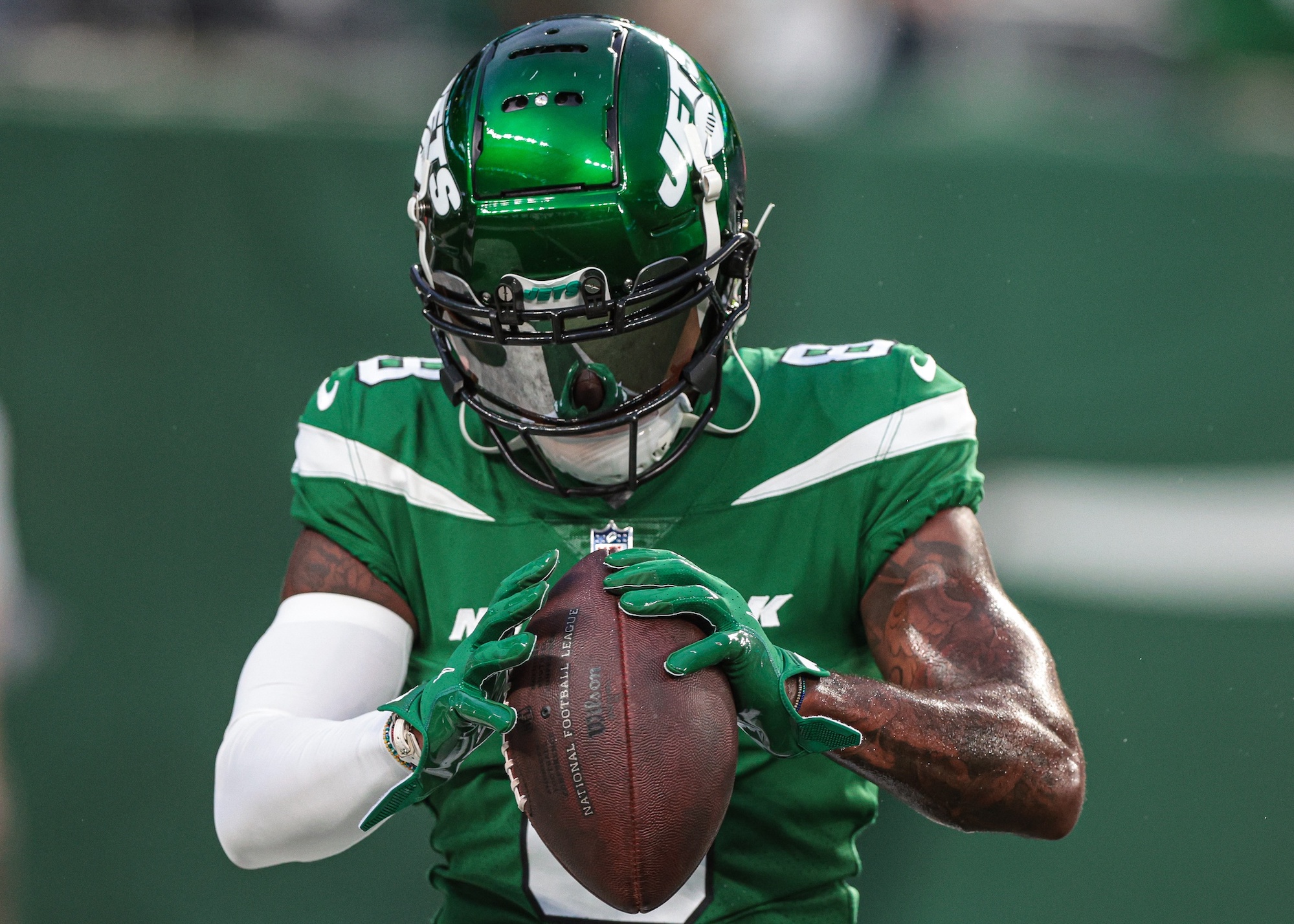 Can Elijah Moore Thrive In The Slot?

New York Jets sophomore wide receiver Elijah Moore has experienced a difficult campaign. From a lack of general involvement in the offense to an unexpected trade request prior to the NFL trade deadline, Moore’s season has been a rollercoaster. Jets head coach Robert Saleh recently confirmed that Moore will be making a permanent move to the slot down the stretch of the season. It’s a terrific idea in an attempt to salvage Moore’s season from continuing down a destructive path.

Moore’s playing time has been scaled back since his bizarre trade request. Moore played a season-low 10 snaps in Week 8. In Week 9, the former Ole Miss standout accounted for just 45% of the Jets’ total offensive snaps. A move to the slot could potentially lead to desired improvement and an uptick in snaps.

Moore has run 27.5% of his pass routes from the slot this season, per Pro Football Focus. Just three of his 30 targets have come in the slot. The impending move represents quite the adjustment. Moore secured 15-of-25 slot targets for 133 yards and a touchdown last season while earning PFF’s 32nd-ranked best slot receiver mark. As a prospect, Moore was viewed as a receiver that possessed inside-outside versatility. The Jets are about to test that notion.

Allowing Moore to operate from the slot should lead to more free releases versus coverage than he’s seeing on the boundary. That would allow Moore to utilize his quick-twitch movements to great effectiveness. Moore could become more involved in the Jets’ passing offense as a result.

Through eight regular-season appearances, Moore has totaled just 16 receptions on 30 targets for 203 yards and zero touchdowns. That’s an average of 3.75 targets per contest. Moore’s influence has steadily dwindled. Moore ranks fifth among all Jets pass-catchers in receiving yards and sixth in receptions. He hasn’t been targeted since Week 5.

Efficiency just hasn’t been there for Moore on the boundary this season. He’s made zero visits to the end zone and he’s hauling in just 53.3% of his targets. Moore is averaging a mere 2.2 yards after the catch per reception, via PFF. The elusiveness that made Moore a fringe first-round prospect hasn’t been front-facing this year. New York’s quarterbacks are seeing a pedestrian passer rating of 82.8 when targeting Moore this season.

Moore hasn’t built on a stellar 2021 rookie campaign in which he totaled 43 receptions for 538 yards and five touchdowns despite injury limiting his appearances. Sophomore growth was expected but hasn’t been achieved. It’s one of the more eyebrow-raising storylines of the 2022 campaign.

Moving Moore to the slot is a wise last-ditch attempt to end his campaign on a high note. The shocking 6-3 Jets appear to be potentially postseason-bound. Saleh’s Jets possess a better chance of achieving their lofty January-and-February goals with an influential Elijah Moore at their disposal.