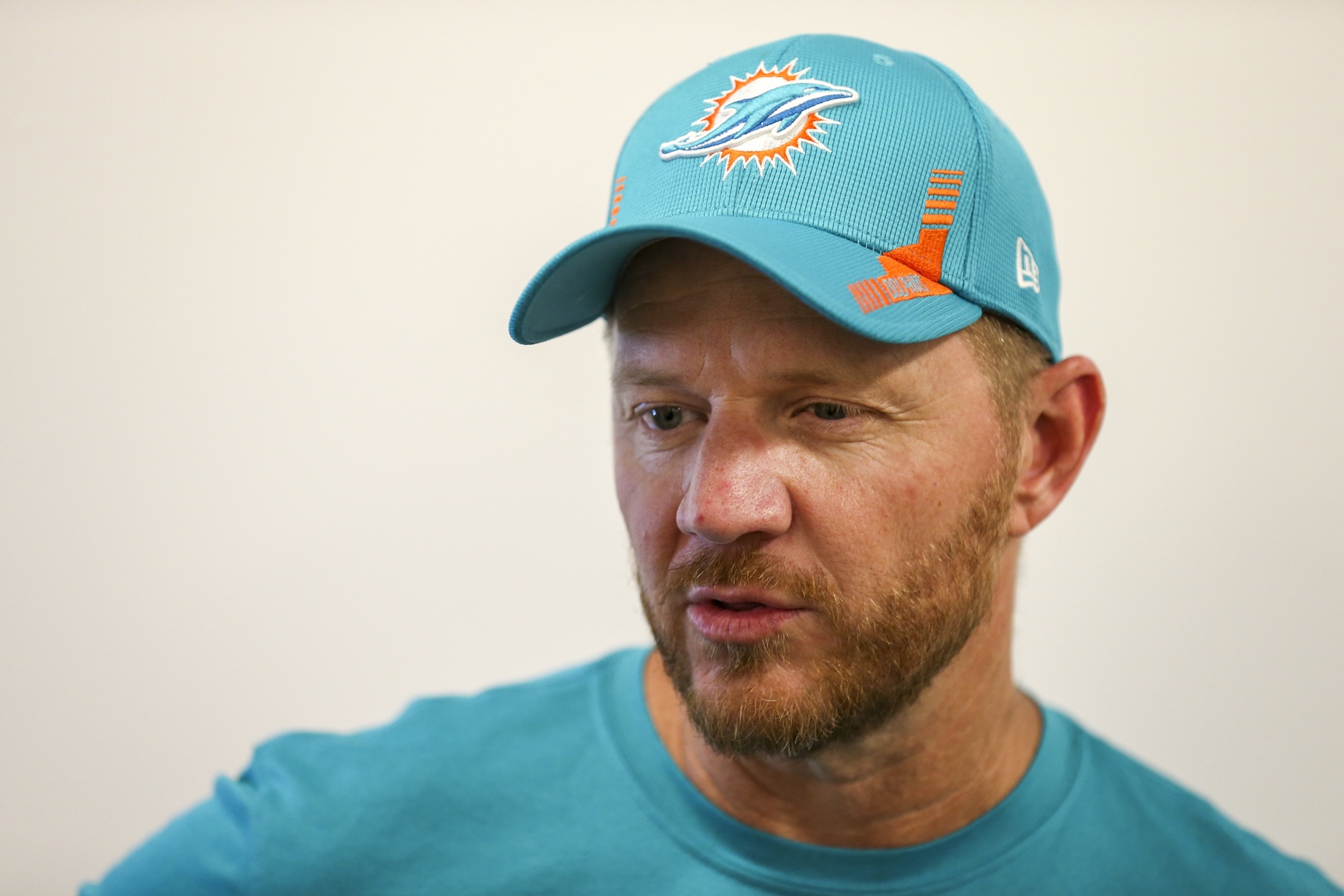 The New York Jets have parted ways with offensive coordinator Mike LaFleur, according to multiple reports. The Jets ended the season on a six-game losing streak and failed to score a touchdown in their final three contests. Jets head coach Robert Saleh has decided to make a change.

The Jets will now begin identifying candidates to replace LaFleur. Their vacancy is interesting. Zach Wilson has failed to prove he’s a legitimate franchise quarterback. Jets general manager Joe Douglas is expected to acquire a veteran quarterback this offseason. It could have an impact on who the Jets’ next offensive coordinator is.

Olson has been an NFL offensive coordinator on six different occasions throughout his illustrious career. He’s currently serving as a senior offensive assistant with the Rams but could be interested in coordinating an offense again.

One of the most intriguing veteran quarterbacks available this summer is Raiders signal-caller Derek Carr. The Raiders are expected to release or trade Carr this offseason and the Jets should be interested in acquiring him. Olson spent four seasons (2018-21) as Carr’s offensive coordinator.

Carr put up career numbers under Olson’s tutelage in 2021. He threw for nearly 5,000 passing yards (a career-high 4,804) and 23 touchdowns. Carr surpassed 4,000 passing yards every year Olson was his OC. Carr took a significant step backward in 2022. Reuniting Carr and Olson together in East Rutherford should be appealing to all parties involved.

Robinson is an ascending 36-year-old coach that played quarterback in the NFL for four seasons (2010-13). The New England Patriots drafted him in the seventh round of the 2010 NFL Draft.  Robinson joined McVay’s staff in 2019 and has furiously risen up the coaching ranks.

Does Saleh want to alter the scheme or just the play-caller? If Saleh is interested in keeping the scheme relatively similar despite LaFleur’s departure, Robinson would be an excellent hire for the Jets.

There are several notable connections worth exploring between Saleh and Bevell. They were on Pete Carroll’s staff together for three seasons (2011-13) in Seattle. They won a Super Bowl together with those Seahawks. Bevell’s current boss is Dolphins head coach Mike McDaniel, who like LaFleur, is another Kyle Shanahan disciple. Bevell could come in and execute Saleh’s preferred offensive scheme in New York.