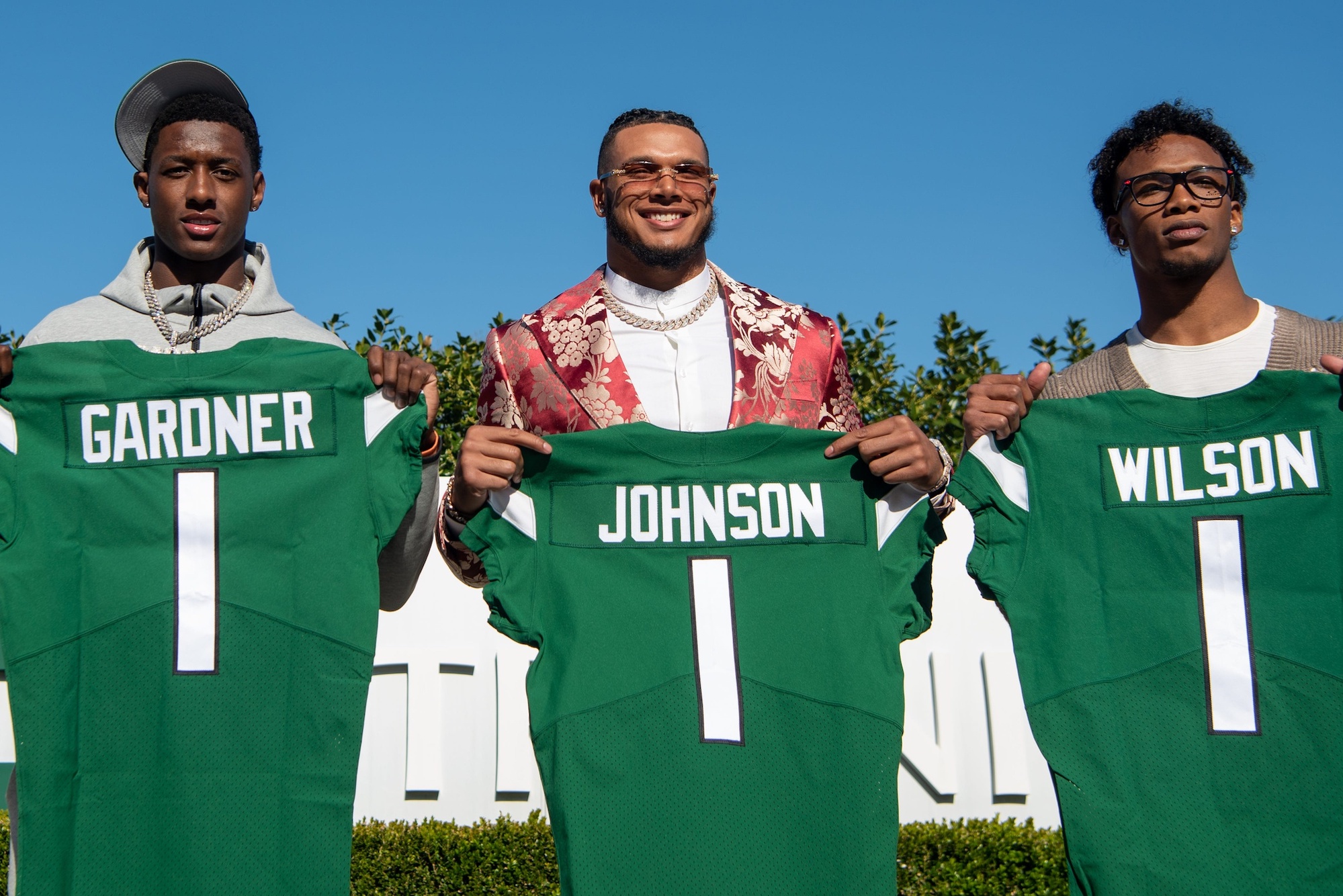 Loaded with draft capital and one year after making quarterback Zach Wilson the No. 2 overall pick, 2022 was an important draft for the Jets to evolve the roster and continue the rebuild. While there is still a steep climb for the Jets to become a factor in the AFC, general manager Joe Douglas has been armed with considerable resources in the form of cap space and draft picks to add talent. Let’s examine what he most recently accomplished with our Jets 2022 draft grades.

After months of recognizing that Gardner is a perfect fit for the Jets but questioning whether or not the team would prioritize the cornerback position, he was the team’s top selection. Gardner’s length, coverage instincts, and ball skills mesh well with Robert Saleh’s zone defense. While a case could have been made for the Jets to prioritize a player to help in the trenches, Gardner is a premium talent at a premium position of need.

Given the way the draft unfolded through the first nine picks, it opened the door for the Jets to go wide receiver at No. 10. Wilson is a dynamic route-runner with exceptional ball skills that is a threat at all levels of the field. He has the ability to thrive in the quick game but also down the field to complement the off-schedule skill set that Wilson provides. With this pick, the Jets wide receiver corps is set up well with guys that can separate and win after the catch.

What a steal this pick is. Johnson could have been the pick at No. 10 and I would have loved it, but instead, Douglas is able to trade back into the first and snag the Wilson/Gardner combination earlier. This is a great job of trusting the board and maneuvering to land steals. Johnson is as gifted as any edge rusher in the class and offers a balanced skill set against the run and pass. Edge rushers with Johnson’s skill set and projection shouldn’t be available at No. 26.

This pick was a bit of a surprise, especially after the promise shown by Michael Carter as a rookie. I expected the Jets to land a running back with one of the later selections to complement Carter, but this pick is a clear signal that New York wanted and prioritized a lead back. Hall’s a perfect fit for the wide zone rushing attack that the Jets employ. He’ll also be a dynamic receiving threat out of the backfield for Wilson. It’s clear how Hall can impact this offense and help Wilson, but bigger needs and premium positions could have been addressed with this selection.

Ruckert is a player that I am excited to see in the NFL. He is athletic with good size and I like his temperament as a blocker. He was under-utilized as a pass-catcher at Ohio State but it’s clear that he has natural hands and has the route-running ability to separate from man coverage. The only question I have about this pick is the need. The Jets added both Tyler Conklin and C.J. Uzomah in free agency, with both signed through the 2024 season. While I am sure the Jets will utilize a fair amount of 12-personnel sets, how important was finding a TE3 given the needs of the team?

Finally, some offensive line help! Given the uncertainty of Mekhi Becton, Connor McGovern and George Fant on expiring contracts, and the upgrade opportunity at guard across from Lake Tomlinson, the Jets opting for help at RB and TE before addressing the OL is questionable. While Mitchell needs to get notably stronger, develop more control, and refine his technique, he does fit well with the zone rushing attack in New York.

Clemons is one of my favorite sleeper prospects in the class. In terms of size and athleticism, Clemons is everything you could want in a mid-round, development edge prospect. He had some exciting flashes with the Aggies and could be a more impactful pro than college player. There are some off-the-field concerns with Clemons but he has a chance to be one of those “how did the NFL let him fall to Day 3” type players when we look back at this draft class in three years. Clemons is a worthwhile swing for Douglas.

Douglas was aggressive in moving around the board, trading up for targets in Johnson, Hall, and Ruckert. The primary objectives for Douglas were improving a historically bad Jets defense and building around Wilson on offense. Those missions were mostly accomplished but I am somewhat surprised it took until the fourth round to address the offensive line and the linebacker position wasn’t addressed. That said, it’s hard to have any disappointment in the collective talent that was added, even if I didn’t view running back and tight end as needs as highly as the Jets prioritized them. The Jets’ first four picks should provide an immediate impact. 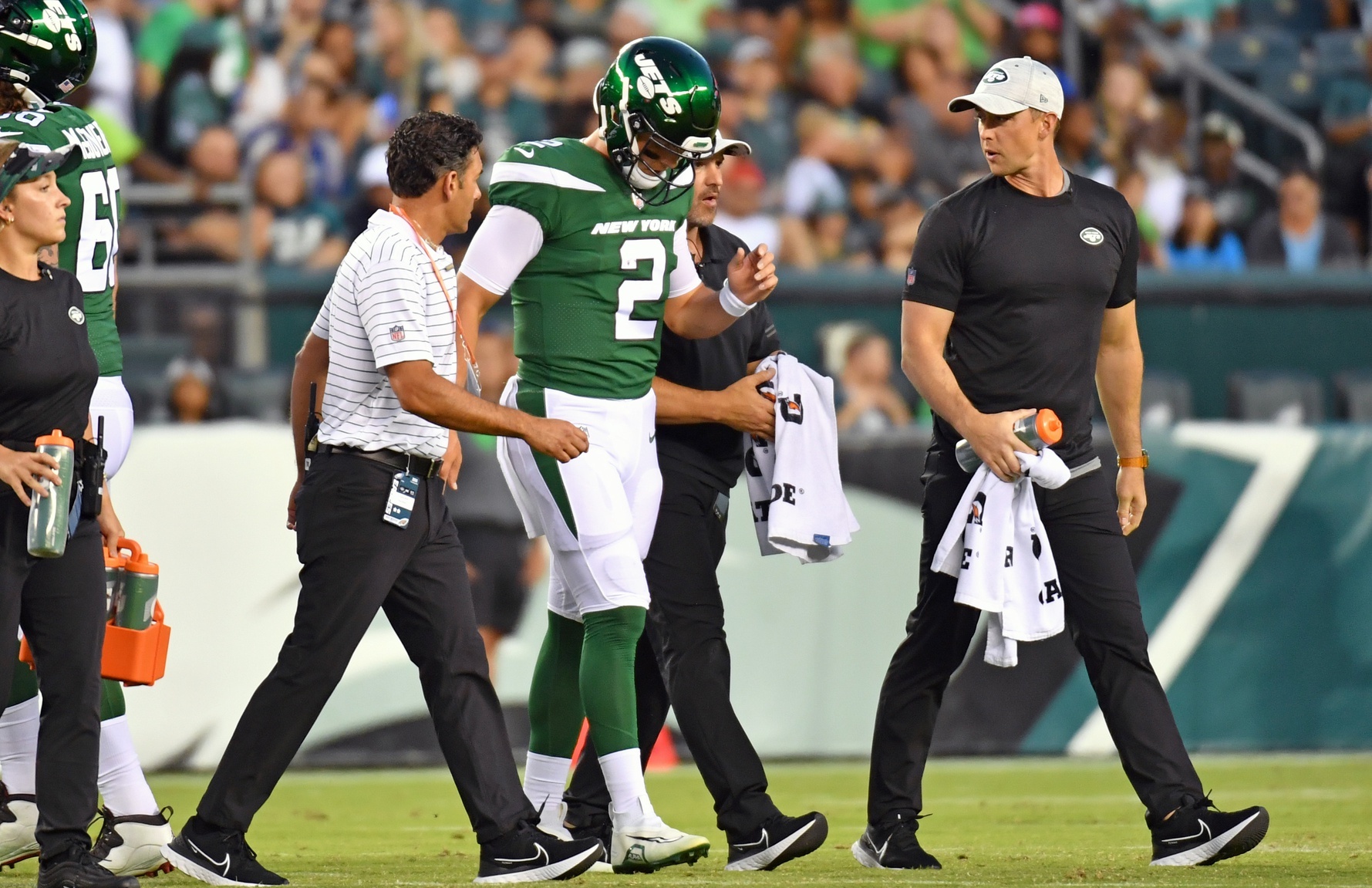 Is It OK If Zach Wilson Doesn’t Start Week 1 For Jets?