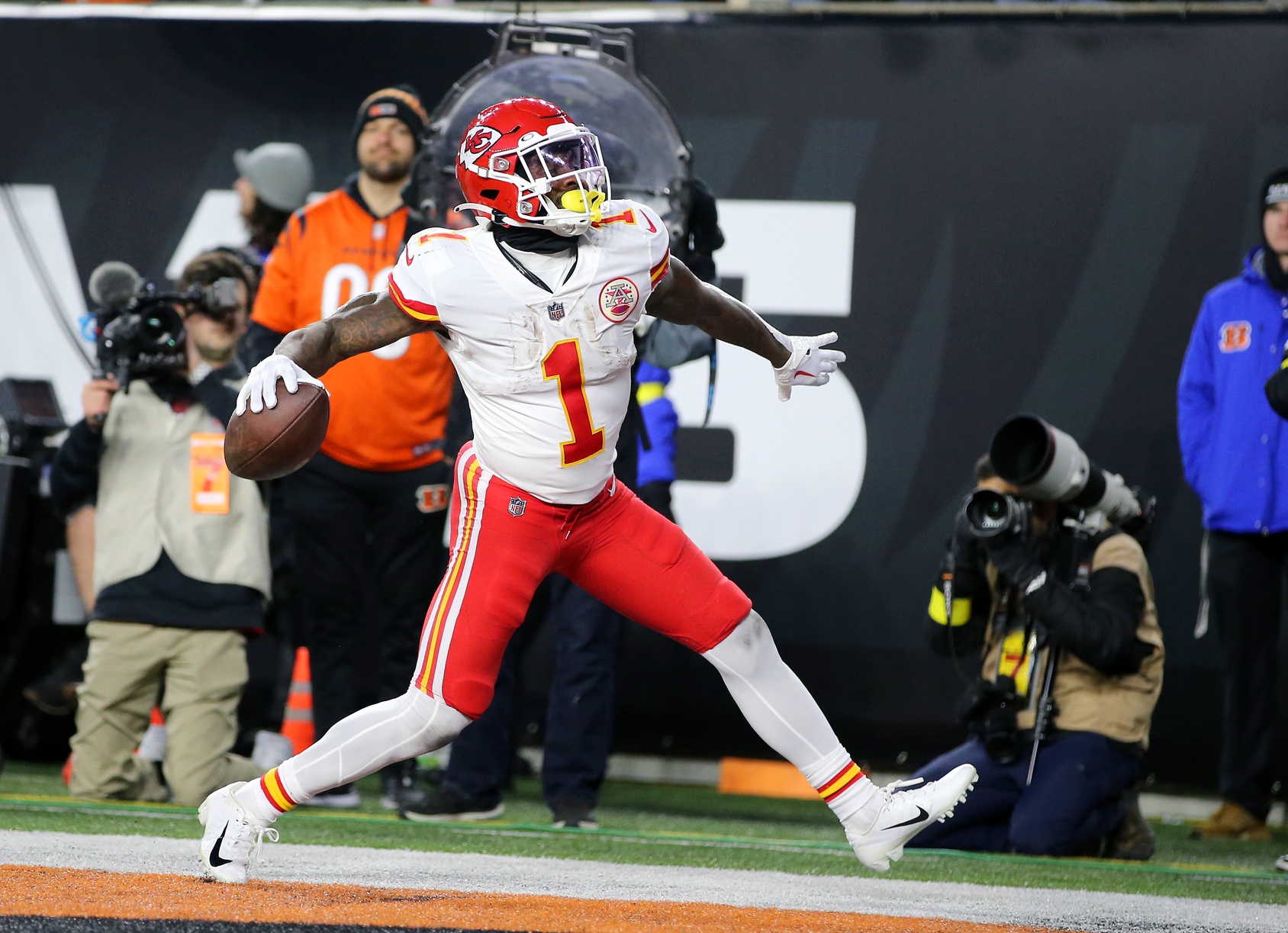 An underutilized talent whose late-season success has become an annual trend, the impact of running back Jerick McKinnon on the Kansas City Chiefs’ offense has gone understated. A versatile weapon within a high-octane Chiefs offense, while he’s yet to put a full season together with consistent touches, he’s shown up when it’s mattered most.

With 256 yards on 31 touches the last two weeks, his four trips to the end zone have raised the floor of what is already one of the league’s most potent attacks led by Patrick Mahomes. Primarily looked upon as a third-down back throughout the entirety of his career, it’s been a winding road to playing time for the 2014 third-round pick (Vikings). While he’s above the 30-year-old plateau and remains on a one-year prove-it deal in Kansas City, his presence remains as important as anyone in the Chiefs’ offense.

It’s been a rotating door of ball carriers for head coach Andy Reid for the past few years, from battling through Clyde-Edwards Helaire’s injury concerns, a failed signing of Ronald Jones, and a 2021 season that was led by Darrel Williams on the ground. While Mahomes is able to mask many of the deficiencies that the Chiefs have had in the backfield, the tandem of McKinnon and day-three selection Isiah Pacheco has evolved into foundational pieces as the winter months have churned on.

Like last year, where McKinnon remained irrelevant in offensive coordinator Eric Bieniemy’s game plan until the opening round of the postseason, his increased involvement against the Cincinnati Bengals, Denver Broncos, and Houston Texans over the last three weeks has added another talent for defenses to cover. He’s been fantastic, and really, looks like a perfect complement to the rookie in Pacheco who’s seen an uptick in work as well with Edwards-Helaire on IR the last month of the campaign. Double-digit plus carries in each of the last six weeks have allowed him to quickly get his feet wet at the NFL level. With McKinnon available to step in not only on passing downs as a sure set of hands that can take it the distance but a ‘get-me-over’ ball-carrier that can shoulder the load, he has become a vital asset to an offense that has had to carry Kansas City to wins in three of the last five weeks. And now, while Edwards-Helaire is expected to be activated in the near future, McKinnon sits as a de facto Weapon X.

For a Chiefs team that has wrapped up the AFC West for the seventh consecutive season, expanding Bieniemy’s playbook remains of the utmost importance if they eye another Super Bowl run. There’s only one ball to go around with talent in abundance, but for an athlete like Jerick McKinnon who’s taken advantage of an opportunity, history has shown to keep striking while the iron is hot come playoff time.