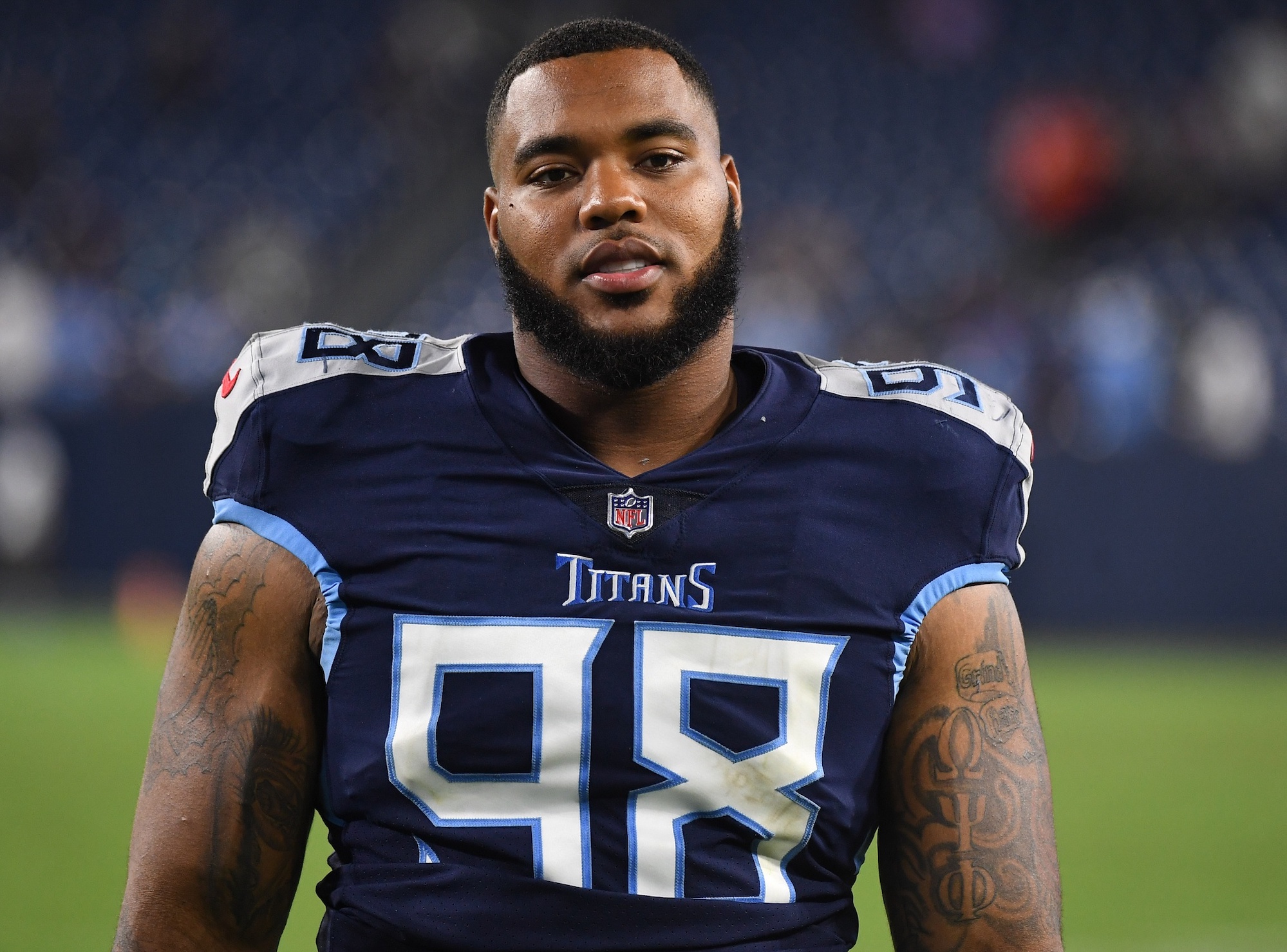 What’s Next For Jeffery Simmons?

Tennessee Titans superstar defensive tackle Jeffery Simmons may or may not be pandering to receive a new contract that would make him one of the highest-paid defensive players in the league. Simmons wasn’t on the field for any of Tennessee’s on-field practices during mandatory minicamp earlier this week.

Discussions surrounding Simmons’ puzzling intentions have intensified in recent days. Simmons was seen on the sidelines on a bike and doing some individual running work with resistance bands. Head Coach Mike Vrabel simply said Simmons was “unavailable” to practice. Defensive line position coach Terrell Williams said Simmons is healthy and ruled out injury as the reasoning behind his on-field absence. The mystery surrounding Simmons’ lack of participation has led to rumors surrounding potential contract discussions, although Simmons vehemently denied such allegations while confirming he plans to attend training camp.

“I’m here to play football,” Simmons said when asked about his inactivity. “I have a team around me that handles my contract situation. As the team said, I’m unavailable to practice. I’m on a team-approved plan that focuses on improving. My focus is not on my contract,” Simmons concluded.

Something has to give. It’s difficult to imagine the Titans putting their best defensive player on an offseason “plan” that doesn’t involve actually practicing with the team. With coach Williams ruling out injury, all logical signs point to contract negotiations as the reasoning behind Simmons’ ongoing situation. Simmons is currently set to earn a base salary of $2.2 million in 2022. The former Mississippi State standout is entering the fourth year of his rookie deal. Titans General Manager Jon Robinson has already exercised the fifth-year option on Simmons’ contract, which is scheduled to pay him a fully-guaranteed $10.753 million in 2023. It would represent a bargain for the Titans in both 2022 and 2023, and Simmons is certainly in Tennessee’s plans well past the 2023 campaign.

A first-round selection in the 2019 NFL Draft, Simmons experienced a breakout season this past year by exploding for 8.5 regular-season sacks and another 3.0 sacks in Tennessee’s lone postseason contest. Simmons is one of the most dominant defensive linemen across the entire NFL and he’s still entering his prime at 24 years old.

As far as what Simmons’ eventual contract extension may look like, the defensive tackle market was just reset by Aaron Donald’s newly minted three-year, $95 million deal. Donald becomes the first defensive player in history to earn more than $30 million annually. It’s worth noting Donald is arguably the greatest defensive player of all time, and although Simmons may be the second most dominant interior defensive lineman behind Donald, it would qualify as a minor surprise if Simmons’ next contract reached those heights. Using defensive tackle contracts as examples for Simmons’ impending deal is almost a useless exercise. Behind Donald, the next highest-paid interior defensive linemen are Leonard Williams and DeForest Buckner, who earn approximately $21 million annually, or $10 million less than Donald on a yearly basis. Simmons should easily surpass that number.

Paying little attention to Williams and Buckner, the three highest-paid defensive stars behind Donald include T.J. Watt, Joey Bosa, and Myles Garrett, who all earn somewhere between $25 and $28 million annually, per Spotrac. EDGE defenders typically earn more than interior players due to their penchant for sacking opposing quarterbacks, although Simmons is one of those rare defensive tackles that can post double-digit sacks annually going forward. Following in those players’ footsteps is Maxx Crosby, who recently signed a four-year, $98.98 million contract extension with the Raiders that pays him approximately $23.5 million annually, via Spotrac. Simmons will surely aim to surpass Crosby’s extension, while possibly striving for Garrett’s annual average of $25 million based on the fact that Garrett’s extension arrived two years ago and is now slightly outdated based on recent market occurrences. Simmons’ current value should land somewhere between $23 and $25 million annually.

Simmons’ attendance at mandatory camp means the Titans can’t punish him financially, even if he didn’t take part in team-oriented practices. The collective bargaining agreement (CBA) grants teams the ability to fine players approximately $90,000 total if they miss all three days of mandatory minicamp. The fines become considerably more expensive for skipping days of training camp, $50,000 per day in most cases for veterans per the league’s CBA. Simmons has already confirmed he plans to attend camp, but he could continue being absent from on-field practices, should this truly be in relation to his contract.

A fair extension for Simmons falls somewhere between the contracts previously signed by Crosby and Garrett. It would possibly make Simmons one of the five highest-paid defenders in the league on an annual basis. An average annual value of approximately $24 million for four years—a $96 million total value—with around 60% of that guaranteed would be a reasonable agreement for Simmons and the Titans to reach.

In three seasons as a Titan, Simmons has totaled 135 tackles, 32 quarterback hits, 19.0 tackles for loss, and 13.5 sacks. Simmons has more than repaid Robinson and the Titans for the faith they showed in him by drafting him with a first-round selection despite him suffering a torn ACL during the pre-draft process that shortened his rookie campaign. Simmons’ situation remains a mystery and is worth monitoring closely as training camp approaches. Simmons is eventually due for a massive payday either way. If his production continues to travel on the expected upward trend, he’ll be worth every penny.