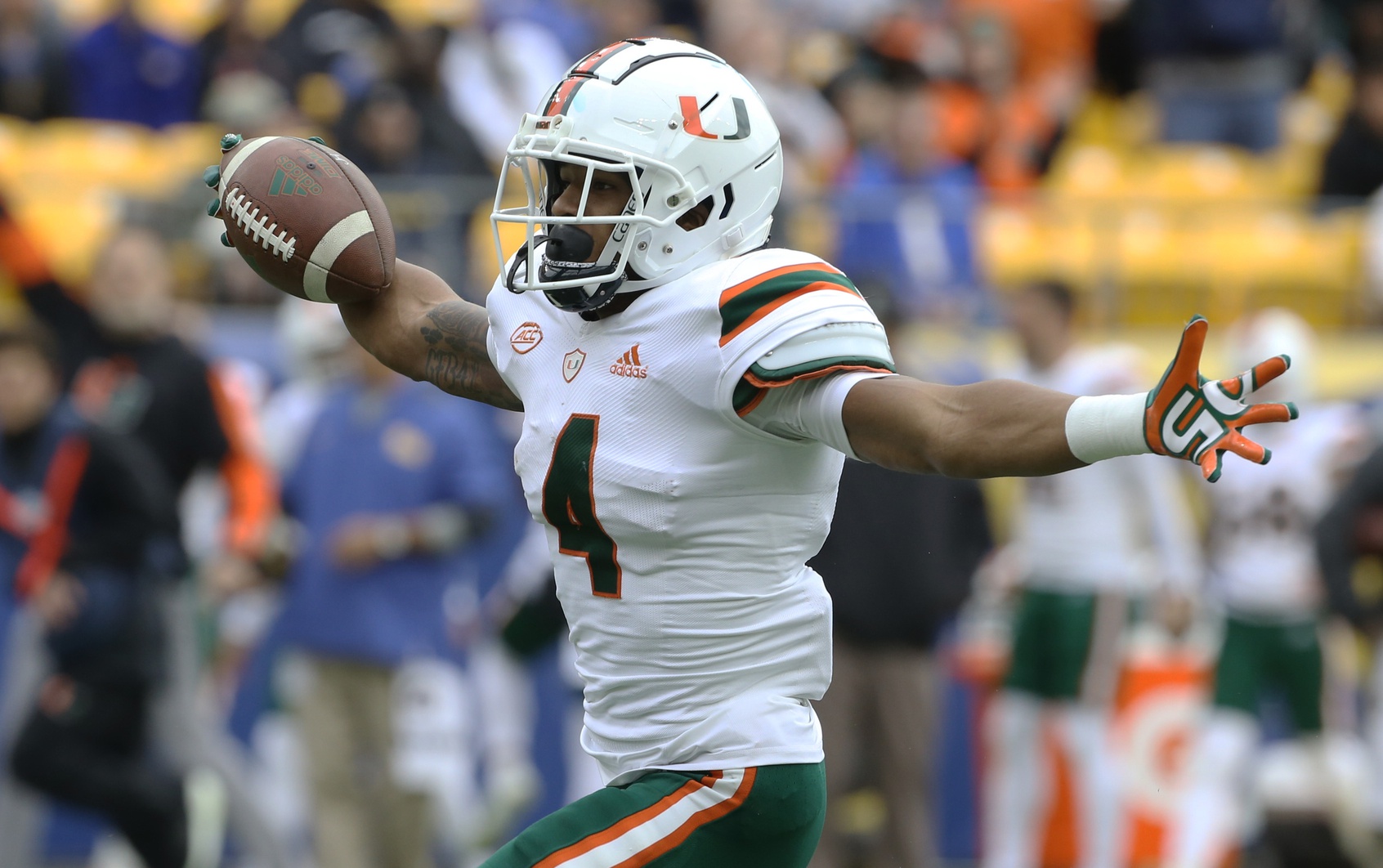 Jaylan Knighton Transfer Portal: What Are His 3 Best Landing Spots?

Miami running back Jaylan Knighton has officially entered the transfer portal, according to multiple reports. Knighton first arrived at Miami as a four-star prospect out of Deerfield Beach (FL) High School and has two years of eligibility remaining. Knighton has been a productive back for the Hurricanes. During his three seasons at Miami, Knighton rushed for 1,193 yards with ten touchdowns. He caught 40 passes for 497 yards and four touchdowns.

Knighton averaged a career-high 5.4 yards per carry in 2022. A dual-threat back, Knighton’s entrance into the portal should be welcomed by several potential suitors. We’ve identified three potential landing spots for Jaylan Knighton’s talents.

Knighton took an unofficial visit to Clemson’s campus in January of 2019 and named them a leader just a day later. Knighton eventually landed at Miami, but Clemson was in serious contention to land his signature. Both Clemson and Knighton could now reignite the interest they once mutually shared.

Tigers running backs coach C.J. Spiller has had a difficult time recruiting backs throughout his tenure. Will Shipley rushed for more than 1,000 yards this season, but pairing Shipley with another dual-threat talent would transform Clemson’s backfield. Head coach Dabo Swinney is attempting to return his program to dominance. Landing Knighton via the portal would strengthen Clemson’s offense in 2023.

Transferring to Florida State would also allow Knighton to remain within the comforts of his home state. FSU has helped catapult the NFL draft stock of several incoming transfers as of late, including first-round EDGE Jermaine Johnson II and Jared Verse. Florida State should be considered a strong contender to land Knighton.

FAU was among the first programs to extend an offer to Knighton. They were once hot on his trail and may enter the Knighton sweepstakes once again. Knighton may receive offers from more prominent programs, but the Lauderhill, Florida native should consider the Owls.
FAU running backs coach Donte Pimpleton was on Florida State’s staff when Knighton committed to the Seminoles. Pimpleton has coached several NFL running backs throughout his career, including Marlon Mack, Cam Akers, and Royce Freeman. FAU has quietly done an excellent job developing ball carriers as of late. Devin Singletary is a notable one and Kerrith Whyte was a seventh-round selection in 2019. Playing at FAU would also keep Knighton within the state of Florida.

New head coach Tom Herman is an offensive-minded leader that possesses NFL coaching experience. Herman could help groom Knighton for the next level. Herman last served as a head coach in 2020 when his Texas Longhorns averaged 42.7 points per contest.