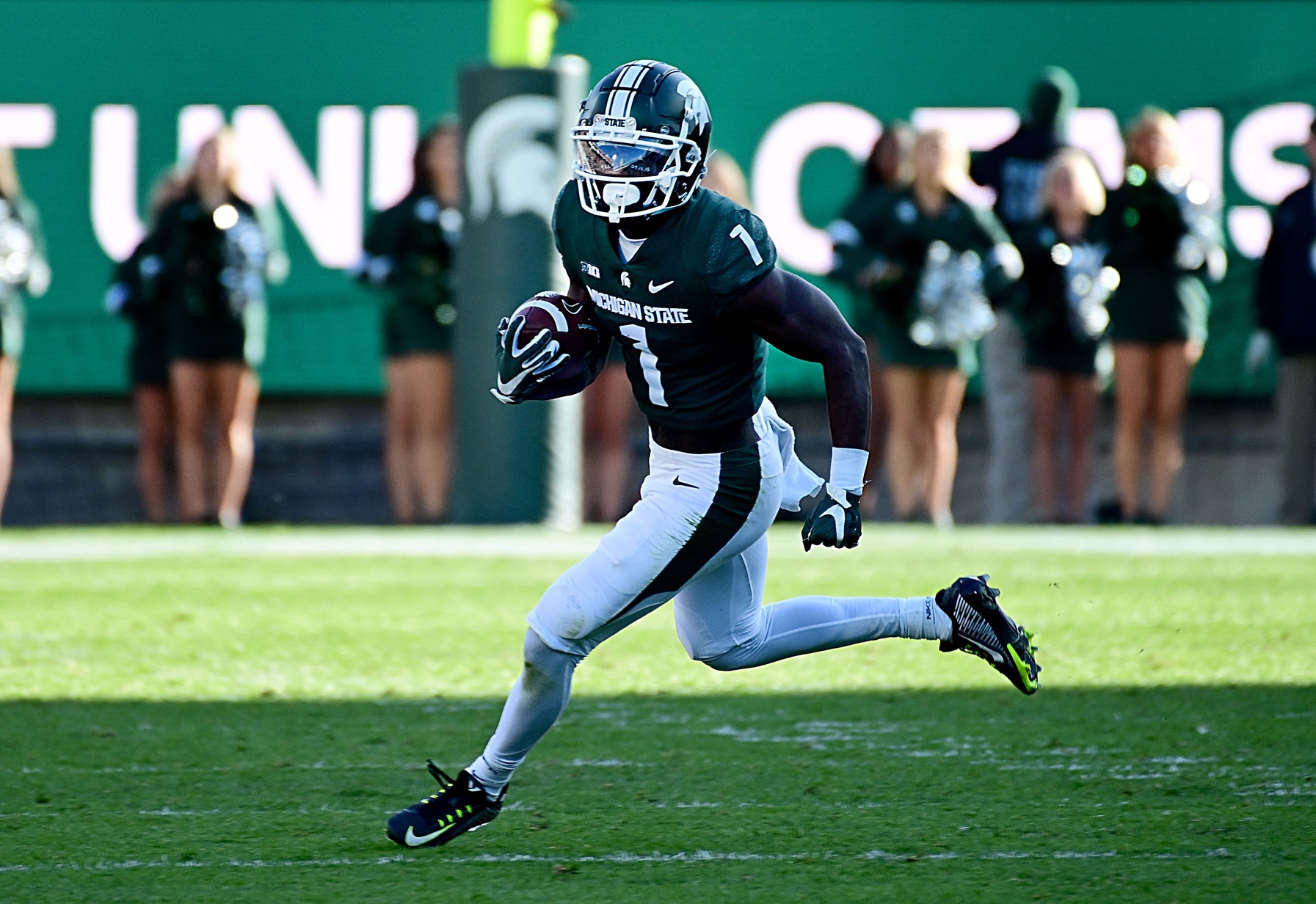 Why Jayden Reed Was Wrongly Snubbed From TDN100

The Draft Network just completed our October rankings of the top 100 NFL draft prospects and I want to highlight one name that did not make the TDN100 list but definitely deserves to be ranked. Let’s take a closer look at Michigan State wide receiver Jayden Reed.

Reed has had a quiet start to this season, but that is not because of his lack of talent. Reed is a part of an offense that is struggling to find its identity and it’s affecting his receiving production. If you want to know what Reed is capable of, look at his 2021 season stat line. In 2021, in an offense that featured Ken Walker III and a heavy run game, Reed still managed to have 59 receptions for 1,026 yards, 10 touchdowns, and averaged 17 yards per reception, solidifying himself as a big-play threat.

We all know that the receiver position is one of the most dependable positions on the field, so when watching the tape it’s important to not just account for player production but to also account for his athletic ability and positional traits. Reed shows to be a versatile receiver with the ability to play both in the slot and on the outside. As an outside receiver, Reed has the strength to fight through press-man and push vertically into defenses, which makes him a reliable big-play threat. In the slot, Reed shows good quickness to get in and out of breaks and uncover in tight, confined spaces.

Reed’s versatility will be a plus in the NFL. The NFL sends receivers in motion now more than ever, requiring them to have to run routes from multiple alignments. Reed fits right into this mold.

The last thing that Reed has that I am choosing to buy in on is the “want to.” On film, Reed consistently wins 50/50 balls because he appears to want it more than the defensive back. I think this is an uncoachable trait that the best receivers in the NFL have and it is also an easily transferable trait to the NFL

I understand the hesitation surrounding Reed due to his lack of production. But if you look around the rest of college football, there are many receivers that are missing the production compared to preseason expectations. I’m deciding to rely on what I saw from 2021 and stick to the notion that the athleticism is still there, it’s just not being utilized properly this year.

Over the years, the NFL has shown a willingness to turn the page from only wanting 6-foot-3 or 6-foot-4 receivers by opting for receivers that have positional versatility—that’s exactly what Reed brings. Overall, it appears that Reed’s production won’t match his production from the 2021 season, but we all know that talent lies much deeper than a stat line—it’s the reason why we make sure to check the tape. I’m maintaining my top-100 ranking on Jayden Reed and look forward to what he does not only for the rest of the season but throughout the 2023 NFL Draft process.